There were just too many behind the scenes stories to be included. One that was left out is the subject of tonight’s oldie.

The scene had Avalon walking down a slippery three-story staircase that had no railings. Avalon was afraid of heights.

“I get really frightened and panicky with this,” Avalon said.  “After the second take, I said to Randal (Director Randal Kleiser), ‘You got to cut. I can’t do this.’”

The staircase stayed. No railings were put up.

Instead Kleiser placed mattresses on both sides of the staircase that were out of sight of the cameras.

Go ahead. Look for those mattresses. You won’t find ’em. 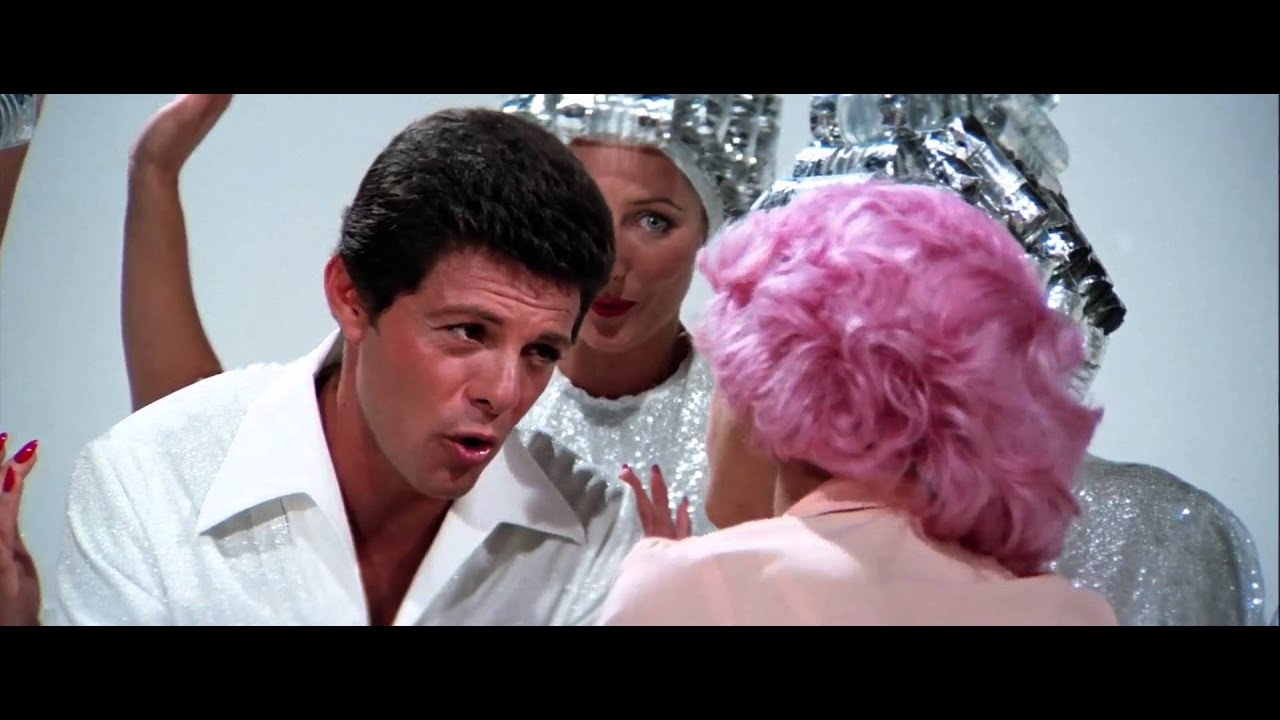 In the 80’s Conn held a news conference in Milwaukee about some issue or awareness campaign that I covered while at WUWM Milwaukee Public Radio. Normally my memory on my radio days is indisputable, but I recall nothing about that news conference except that she didn’t talk about Grease and I didn’t save the tape.

The popularity of Grease

Hopelessly Devoted To You by Olivia Newton John moved from #9 to #8.

You’re The One That I Want by John Travolta & Olivia Newton-John moved from #71 to #61. It would go much higher.

2 thoughts on “Friday Night Forgotten Oldie: Acrophobia or, “Who wants their hair done by a slob?””