Hey look everybody. We’ve got this empty piece of land that nobody has wanted or built on for 15 years!

This is how Calli Berg earns a paycheck?

Today’s read is from… 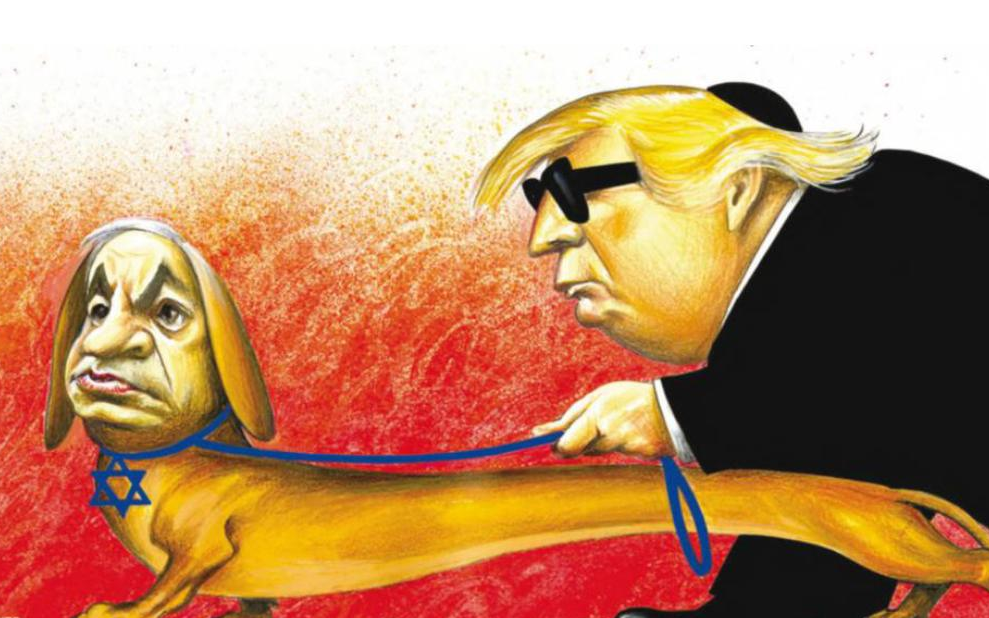 A caricature of Prime Minister Benjamin Netanyahu and US President Donald Trump published in The New York Times’ international edition on April 25, 2019, which the paper later acknowledged “included anti-Semitic tropes.”

What is it  about Jews that allowed such a degrading cartoon about one of their leaders? One would think that in light of the history of the Holocaust, which is being commemorated this week, the last group that a mainstream newspaper would demonize by employing a caricature right out of the Nazi playbook, would be the Jews. But no. Only three-quarters of a century after Der Stürmer incentivized the mass murder of Jews by dehumanizing them, we see a revival of such bigoted caricatures.

The penalty for being a first-time mom.

The Brady Bunch and anti-vaxxers.

Two flu shots better than one?

Scott Walker’s advice for the president.

From WI Right To Life:

Teen with cystic fibrosis uses hospital window to ask for… 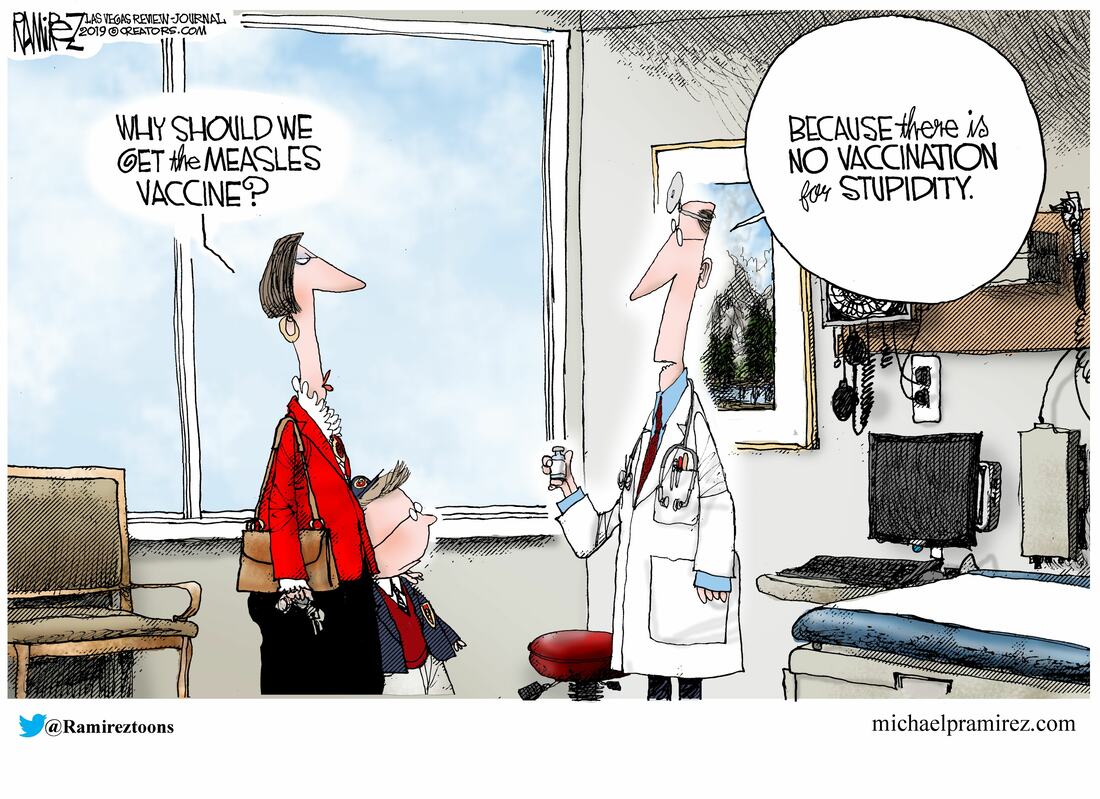 This photo made its way around the country today.

Boston’s Jaylen Brown dunks over Milwaukee’s Giannis Antetokounmpo during the second half of Game 1 of a second-round playoff series on Sunday in Milwaukee. The Celtics won, 112-90. Photo: AP 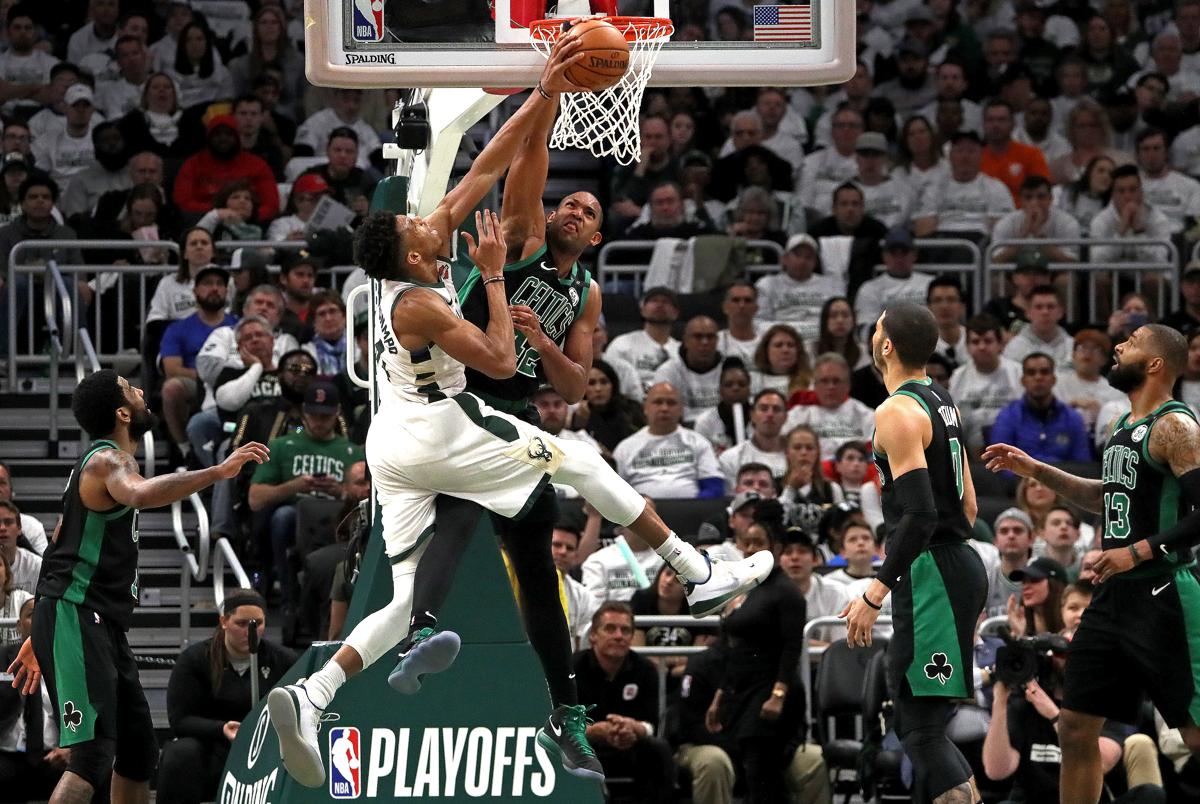 8) Goodnight everyone, and have a rosy weekend!

Today is Duke Ellington Day, honoring the 120th anniversary of the legendary musician and composer’s birth.

Duke Ellington  composed thousands of scores over his 50-year career. He was a major figure in the history of jazz music, and created what he called “American Music” until shortly before his death in 1974.

“His songs have become a standard part of the cultural heritage, his longer compositions a part of the finest art of our time and his concerts and personal appearances among the most satisfying for an audience of those of any artist,” said jazz critic and historian Ralph J. Gleason. “Every music honor this country can bestow is little enough for such a musical giant as this man. In reality, he has already won them and more by his imprint on the minds of all who have heard him.”

“Music is my mistress,” said Ellington, “and she plays second fiddle to no one.”

Here’s a track from an album that’s a collection of digitally mixed and mastered compositions written by and usually associated with Duke Ellington. His son, Mercer Ellington conducts the Duke Ellington Orchestra for this project recorded in 1987. The digital updates are a crisp and clear, timeless tribute to the Duke. This was Duke’s signature song.

From the rock group Chicago… When was the last time you were in one of these?

For me it had to have been when I was a teenager. So that’s, um, let’s see, that’s many years ago.

I’m amazed at the crazy new creations American food places and companies are coming up with as of late that sound insanely delicious. 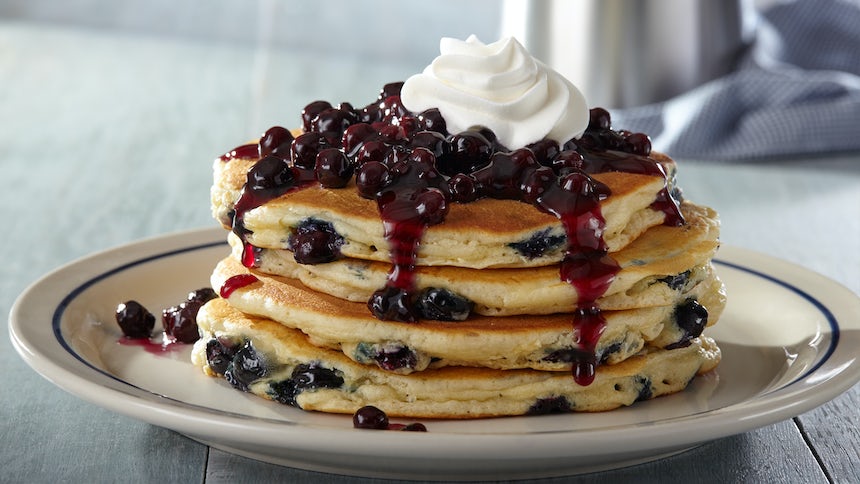 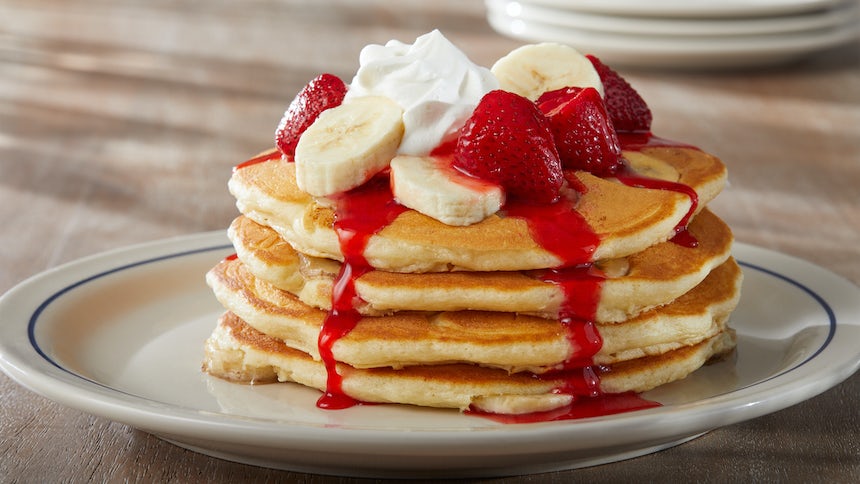 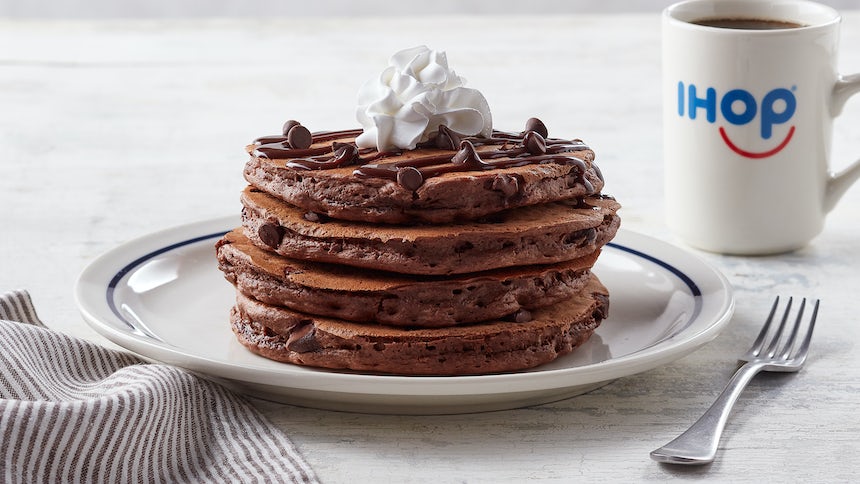 They’ve come up with a new entry on their International Pancake menu. Interesting combination. 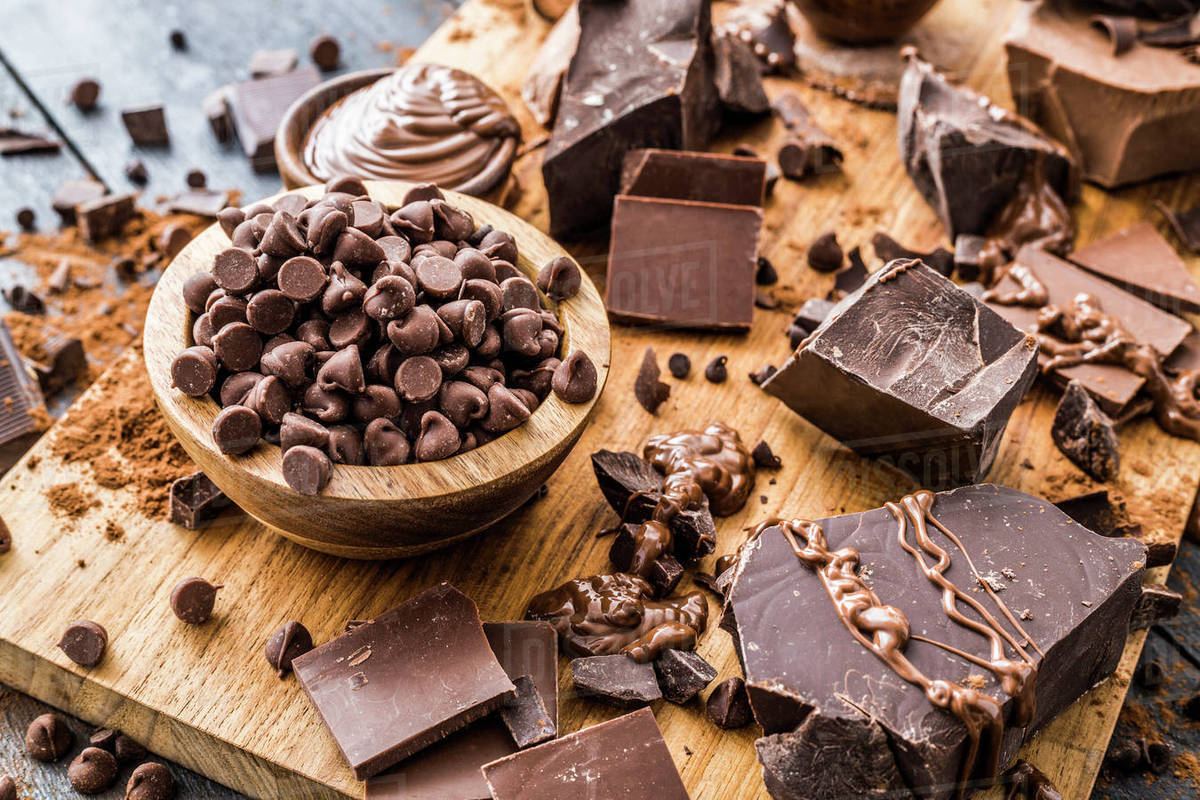 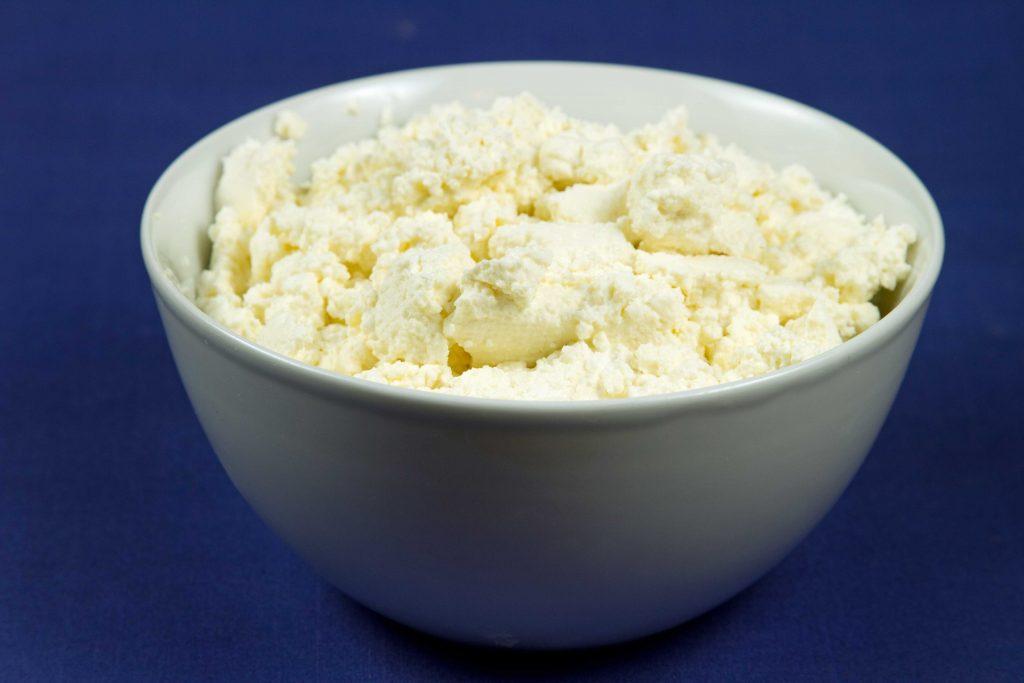 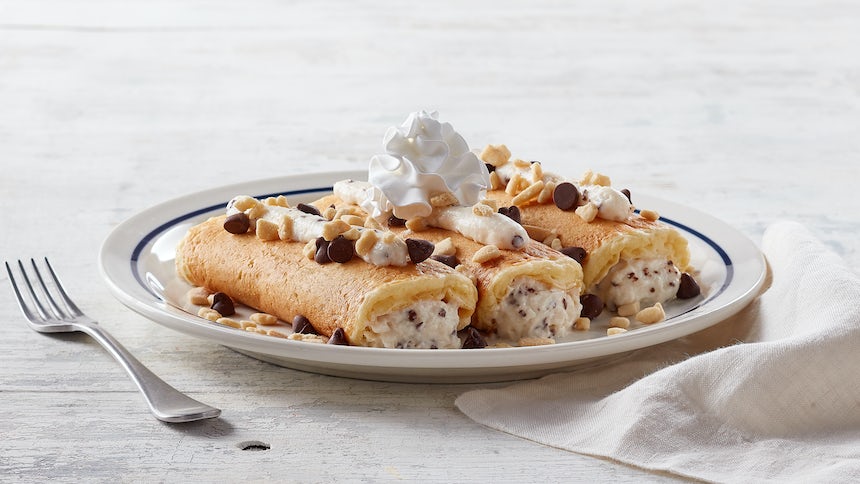 And you have an Italian Cannoli Pancake. That plate will cost you $9.29 and 970 calories.

I can hear you muttering. So fine. Where’s the no-no? Actually, I’ve already laid it out for you.

This blogger is not a picky eater. I don’t get stomach aches. I love pancakes. But, can’t eat them. Oh, they don’t make me sick. One or two bites, though, and I’ve had it. I feel bloated as though I just downed two Thanksgiving dinners.

Weird. I’m not lactose intolerant. No issues with dairy. No allergies. And it ain’t the syrup since french toast and waffles don’t stuff me.

Over at the Mad Rooster Cafe near Miller Park daughter Kyla could easily take care of these.

Those are pineapple macadamia nut pancakes at the Kona Cafe inside the Polynesian Resort at Disney World. My wife shares a small forkful with me, but I don’t dare eat any more otherwise I could no longer dive into my Tonga Toast.

Ah, the ultra-thin Swedish pancakes with lingonberries at the legendary Al Johnson’s in Door County, Wisconsin. Now those I can handle. So maybe it’s the thickness?  I don’t think so because I can’t even finish these from McDonald’s.

This culinary no-no isn’t a major concern of mine. It does have me scratching my head. As a kid I never left a scrap of Mom’s pancakes with apples inside the batter.

Recently I had some waitresses at our family Sunday spot after Church questioning my brunch sanity when they told me I absolutely had to try a new item.

Sounded great. Looked great when I saw a plate delivered to another table.

“Can’t” I sadly informed the ladies. Instead of gaining sympathy my explanation drew looks as though I was from another planet.

It’s okay. Small price to pay if I can devour just about everything else under the sun.

The pizza scam you probably didn’t know about