Over on my wife’s blog Jennifer writes about the sales tax holiday in Wisconsin August 1-5. She points out the holiday is taking place not long after the child tax rebate was distributed to families all across the state.

Some argue the holiday is a gimmick and not very substantial.

The entire concept has been around for awhile but was never possible in the Badger State under then-Governor Jim Doyle who only believed in high taxes and not tax relief.

Years ago I talked about a sales tax holiday with former state Senator Mary Lazich when I was on her staff. I’ll never forget she said given the tax climate at the time that any break for the taxpayers would be welcome, and I concur.

My mayor is forever ripping the state for, you name it. He’s notorious for blasting and blaming “the state.” This has gone on for years.

Ironically, thanks to Governor Walker and state Republicans, folks could file for the child tax rebate from May 15, 2018 to July 2, 2018. And now there’s a sales tax holiday this Wednesday – Sunday.

While my mayor continues to bash “the state,” a la a broken record, his administration is working feverishly to orchestrate an emergency services city tax increase.

That’s when I sent an e-mail to my Alderman/Alderwoman/Alderperson/District 3 Officeholder (Good grief I never know what the hell to call her) Kristen Wilhelm.

I asked her to vote against a particular measure that was coming before the Common Council even though I knew she wouldn’t because she rarely listens to us.

Sure enough, she didn’t vote the way we wanted her to.

Even so a response, any kind, would have been not only nice but appropriate. 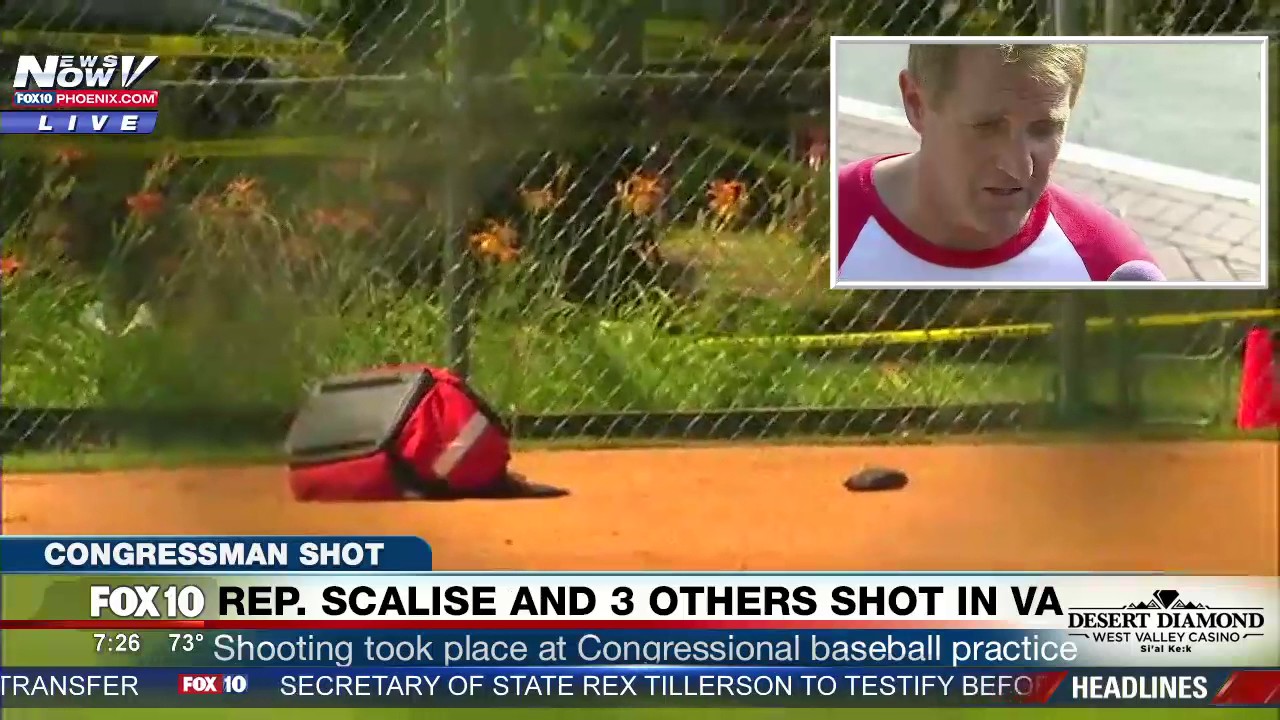 Today’s read is from Karol Markowicz of the NY Post:

The shooting of House Majority Whip Steve Scalise during congressional baseball practice last June should have been a wake-up call for our political discourse, but we’ve only been on a further slide since then.

Pro-abortion activists predict the return of back-alley abortions, but a poison pill already harms women and kills the unborn

Today’s read is from the Daily Beast:

Inside Hoover’s home, Amy Murray, a loyal McDonald’s spokesperson, encouraged him to tell the camera about the luckiest moment of his life. The camera crew listened patiently to his rambling story, silently recognizing the inconsequential details found in stories told by liars. They suspected that Hoover was not a lucky winner, but part of a major criminal conspiracy to defraud the fast food chain of millions of dollars. The two men behind the camera were not from McDonald’s. They were undercover agents from the FBI.

2) My thoughts on the “Go ahead, Franklin, raise my taxes” EMS survey

3) Oak Creek is conducting a survey, too

4) Friday Night Forgotten Oldie: The most successful all female rock band of all time

7) About that emergency services survey in Franklin…

9) How rude! The disappearance of civility

And this didn’t make our TOP TEN, but is worth a look:

Do you choose to increase your taxes AGAIN, or not?

We’ve written on several occasions about Walt Disney World where there are countless food options. Want something sweet? Again, the possibilities are endless.

Let’s step inside just one of the many scrumptious spots. 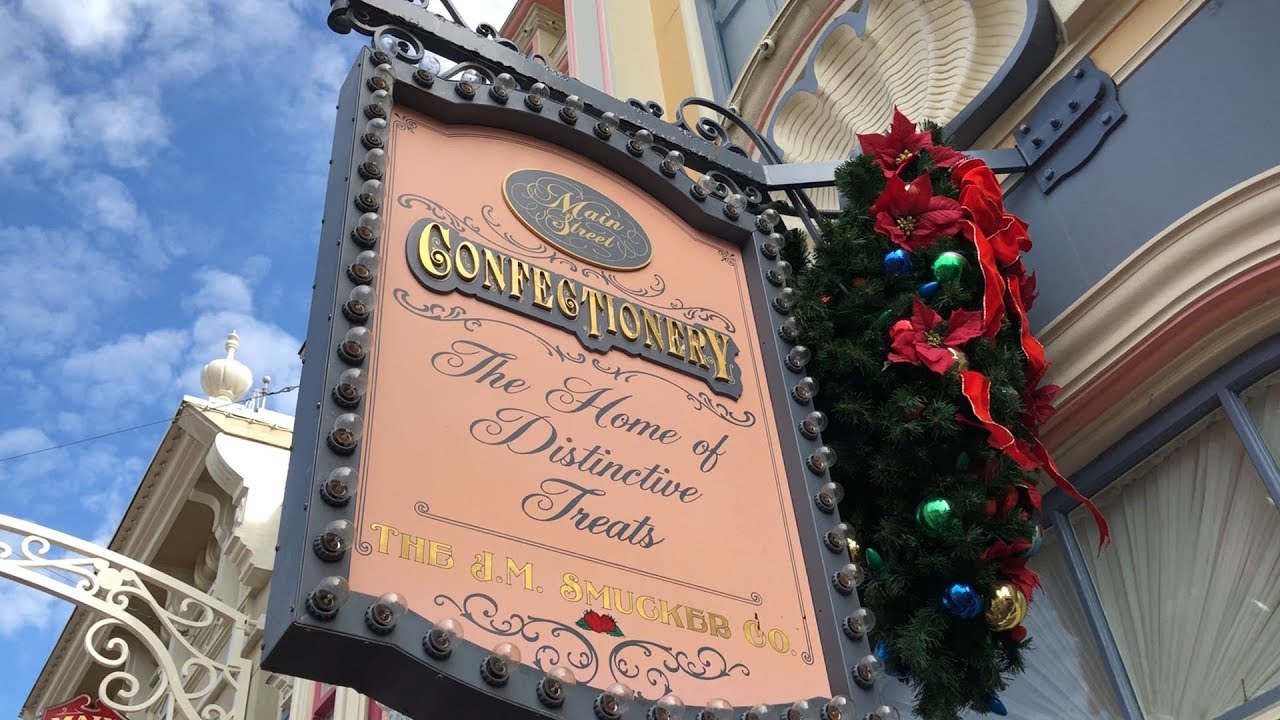 We’ll get back to the Mouse House in just a bit.

But first, this news generated some heat this past week. WREG-TV in Memphis reported.

Are these sweltering snacks dangerous?

In 2012 Dr. Yvonne Juarez, a pediatrician in Fresno, California, said “I’ve had patients go to the ER because of it. It’s insane, absolutely insane.”

High levels of salt, fat and artificial colors with little nutrition or fiber led some school districts back then to actually ban Flamin’ Hot Cheetos. Never mind that just about every other shares the same characteristics. Educrats confiscated the Cheetos that kids were even eating for breakfast.

When news broke this week about stomach issues, Buchanan Public Relations that represents Takis did what it was supposed to do: Defend the product with a positive spin.

“We assure you that Takis are safe to eat, but should be enjoyed in moderation as part of a well-balanced diet. Takis ingredients fully comply with U.S. Food and Drug Administration regulations and all of the ingredients in each flavor are listed in detail on the label. Always check the serving size before snacking.”

Not to diminish any surgery, but the gall bladder is certainly not a survival requirement. Removal of the organ is pretty common.

I’ve had the Cheetos and they definitely have a kick, unlike boring Fritos. Fortunately I have a cast iron stomach, so Cheetos will never send me to the emergency room. But the snack isn’t for everybody. Parents, not units of government, need to ensure kids aren’t devouring more of these sizzling snacks than they should.

We now return to Orlando, Florida.

What did the Disney rep say in the above video?

“They (the cast members) work very closely with our product development teams in order to create these delicious treats. They are the ones that a lot of times are coming up with the ideas.”

And they’ve come up with some beauties.

But who in the world thought of this and who agreed that yes, let’s do it. 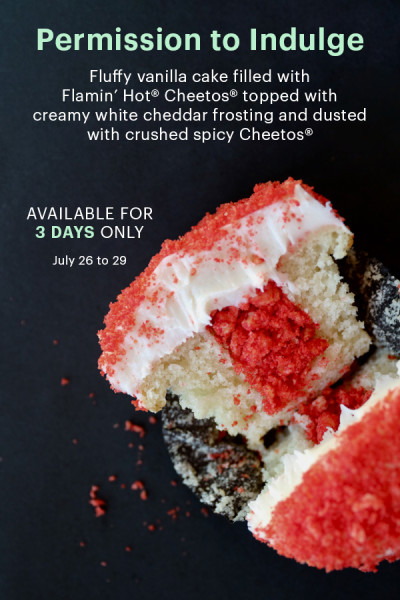 Yes, I have an invulnerable belly, but this is yucky. 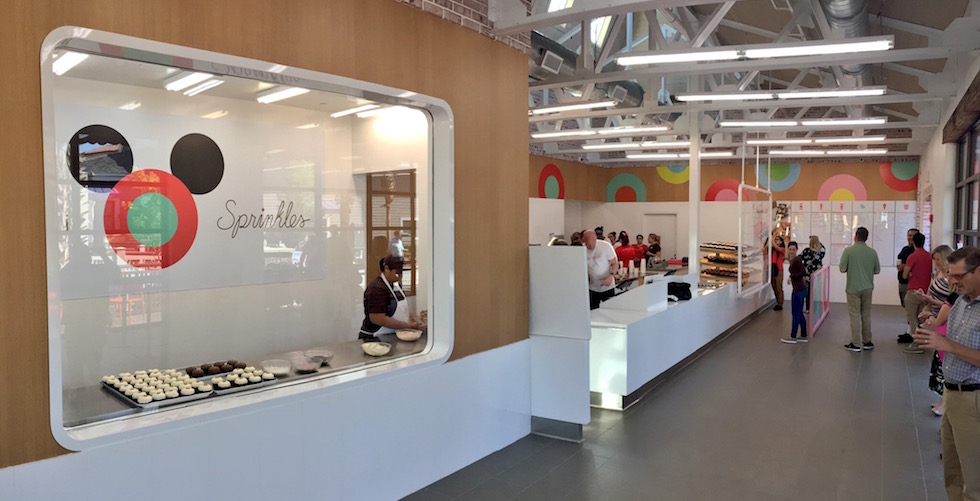 This crazy concoction is being sold at Sprinkles in Disney Springs, a massive shopping and dining district in Disney World.

Today (Sunday) is the last of four days the cupcake was available. That’s four days too many.

Chemicals in food may harm children

Yelp will roll out restaurant hygiene scores in the US

15 annoying things you’re doing at restaurants, according to servers 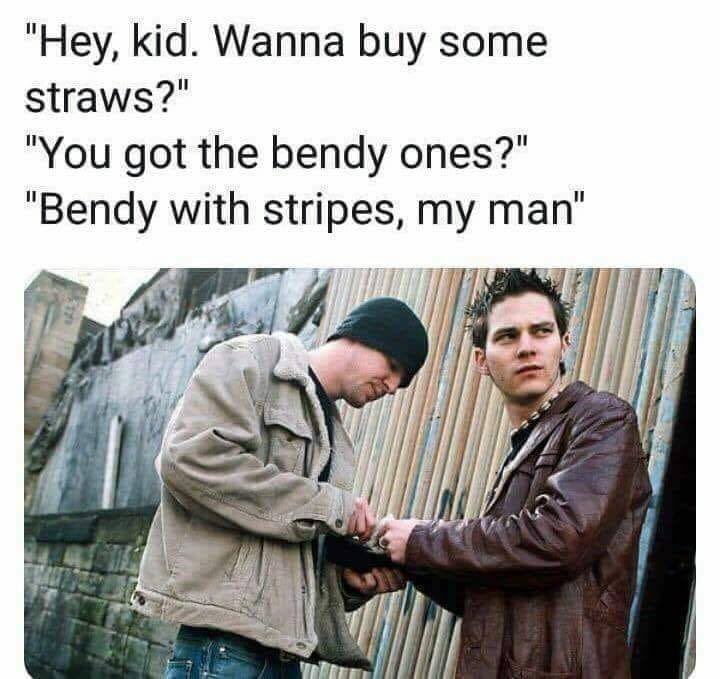 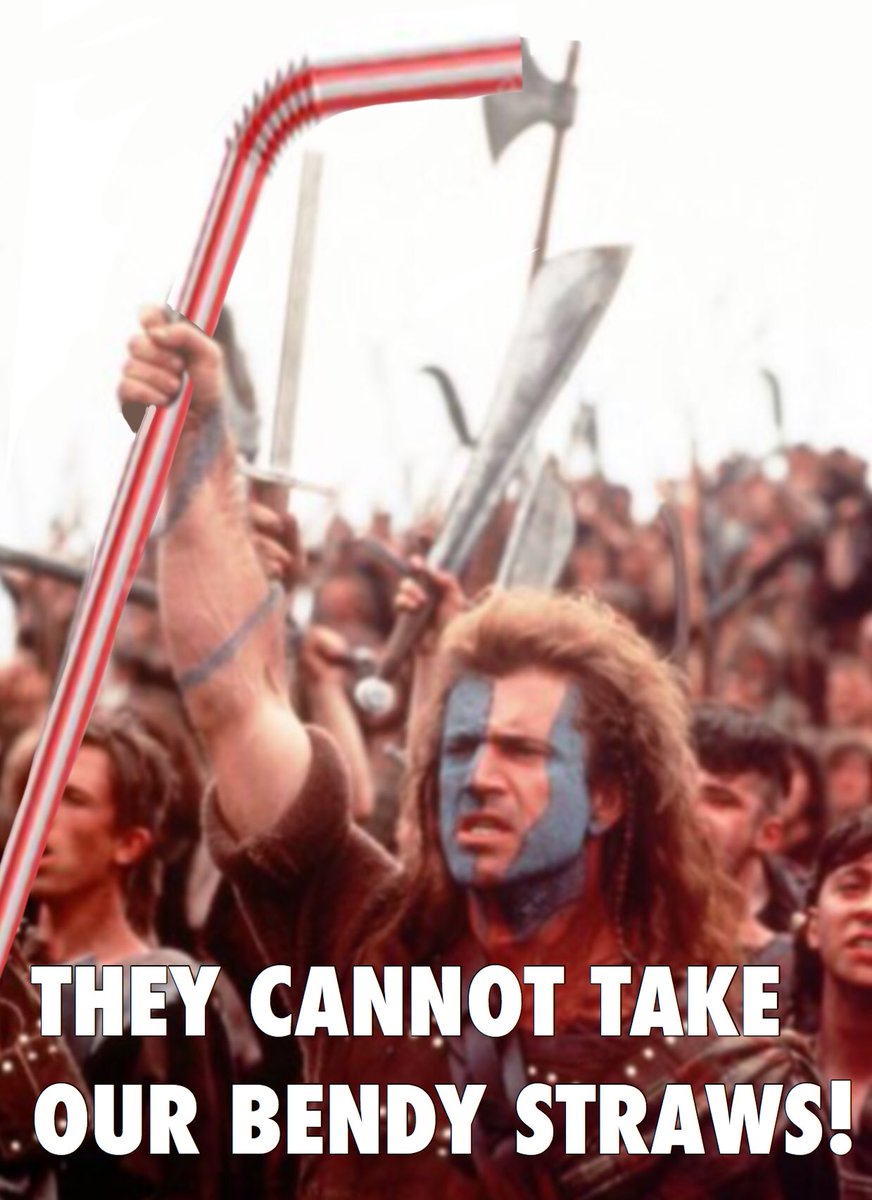 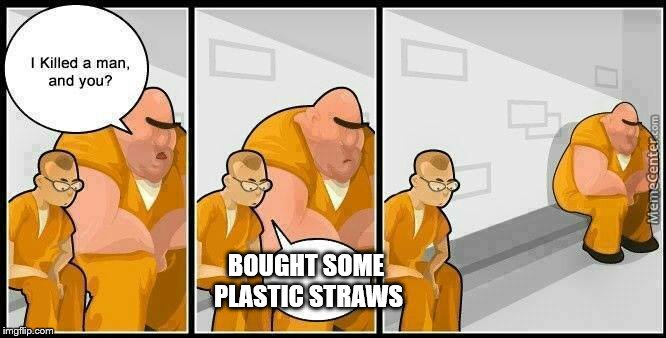 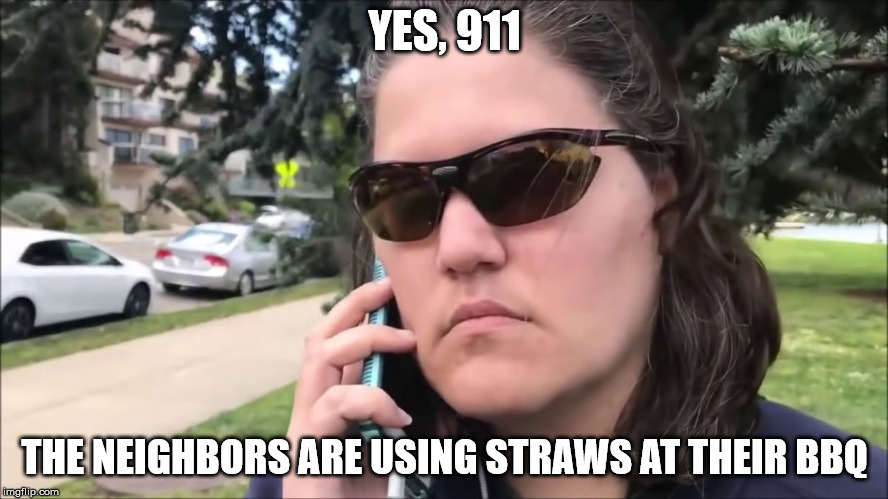 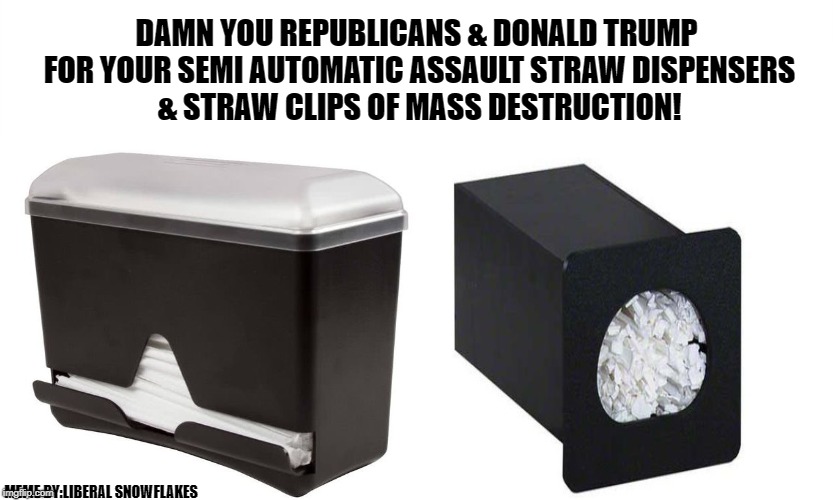 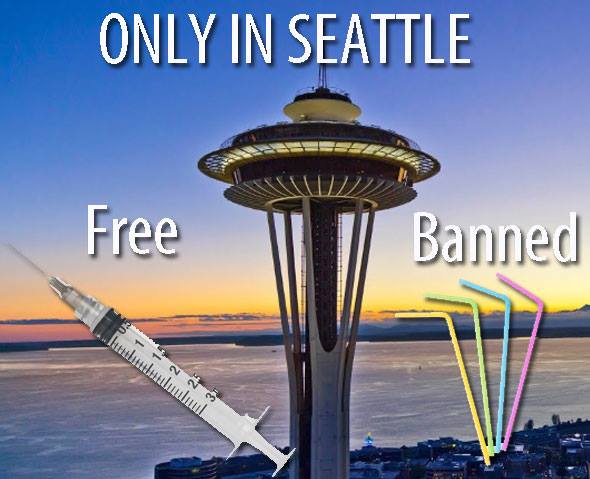 1) A procession of police motorcycles and other vehicles escort the hearse carrying the body of fallen Police Officer Michael J. Michalski as it passes the Milwaukee Police administration building. Offers salute as the procession left the medical examiners office and proceeded to the funeral home.  Photo: Michael Sears / Milwaukee Journal

2) Officers salute as a procession of police motorcycles and other vehicles escorted the hearse carrying the body of the fallen police officer passed the Milwaukee Police administration building as it left the medical examiners office and was taken to the funeral home. Officers salute as the hearse passes them.  Photo: Michael Sears / Milwaukee Journal Sentinel

4) A wildfire burns near the lake in Whiskeytown, California. Photo: AP

5) A firefighter battles the Carr Fire as it burns near Shasta, California. Photo: AP

6) A real estate sign is seen in front of a burning home during the Carr Fire in Redding, California. Photo: AFP/Getty Images

7) The Cranston fire burns as a man takes photos on July 26, 2018, near Idyllwild, California. Fire crews are battling the 4,700-acre fire in the midst of a heat wave. Photo: Mario Tama / Getty

8) Firefighters try to extinguish flames during a wildfire in the village of Kineta, near Athens, Greece, on July 24, 2018. Raging wildfires killed more than 80 people including small children in Greece, devouring homes and forests as terrified residents fled to the sea to escape the flames, authorities said. Photo: Valerie Gache / AFP / Getty

9) Women help a child cross over to another house on a wooden plank after flash floods in Tailbal, on the outskirts of Srinagar, in Indian Kashmir, on July 24. Photo: Danish Ismail / Reuters

10) Trump supporter and a former valet for Bob Hope, Greg Donovan, 58, stands on Donald Trump’s vandalized star on the Hollywood Walk of Fame on July 25. Donovan arrived at 7:30 a.m. on Hollywood Boulevard near Highland Avenue to guard the rubble, which had been covered with an upside-down chin-up bar. By midday, in a red tailcoat and black top hat, Donovan was still standing vigil in the 90-degree heat, a Keeping America Great! TRUMP 2020 sign held in his hands, a half-gallon of Gatorade at his feet. For years Donovan was the official tourism ambassador of Beverly Hills and now works as a promoter for Hollywood-star tour companies. “Bottom line, I tell you,he’s good for business. A lot of people want to take a picture whether they like him or not. I’ve been a supporter since day one, said Donovan.  Trump’s star was quickly replaced. Photo:  Lucy Nicholson / Reuters

11) Families with young children protest the separation of immigrant families with a sit-in at the Hart Senate Office Building, on July 26, 2018, on Capitol Hill in Washington, D.C. The Trump administration faces a court-imposed deadline Thursday to reunite thousands of children and parents who were forcibly separated at the U.S.-Mexico border, an enormous logistical task brought on by its “zero tolerance” policy on illegal entry. Photo: Jacquelyn Martin / AP

12) A police officer pepper sprays a protester as another protester stands in front of the race director’s car during stage 16 of the Tour de France. Photo: REUTERS/Stephane Mahe

13) An officer on duty (right) attempts to knock down the flames as Ukrainian former serviceman Serhii Ulianov sets himself on fire while protesting against his dismissal from the Armed Forces in front of the Ukrainian Defence Ministry headquarters in Kiev, Ukraine, on July 26, 2018. Photo: Inna Sokolovska / Reuters

14) Zafer Erdem, a kinetic sculptor from Rize, works with his own product, a 220 lb (100 kg) giant iron revolver, in Istanbul, Turkey, on July 22, 2018. Making the massive iron weapon took about one and a half months. Photo: Berk Ozkan / Anadolu Agency / Getty

15) The moon rises beyond the Statue of Liberty at sunset in New York City on July 26, 2018, as seen from Jersey City, New Jersey.  Photo: Gary Hershorn / Getty

18) A grieving mother orca near Vancouver Island carried her dead calf for several days, after refusing to leave her baby behind when the rest of her pod left. The mother whale, named J35 by researchers, gave birth Tuesday in what was initially a hopeful moment. Mother and female calf were seen swimming together that morning near Victoria, British Columbia, according to the Washington state-based Center for Whale Research. Within hours, though, the calf had died and J35’s pod had moved out of the area. Photograph: Ken Balcomb

19) In Zurich, Switzerland, a woman and her horse cool down in the Katzensee lake. The country is among many experiencing high temperatures as extreme heat sweeps across Europe. Photograph: Melanie Duchene/EPA

20) Bulgarian Jane Petkov, 64, wants to set a new Guinness World Record by attempting to swim more than three kilometers at Macedonia’s Lake Ohrid in a bag with his arms and legs tied up, in Ohrid, Macedonia. Photo: REUTERS/Ognen Teofilovski

22) In Devon, UK, a bride walks along the beach in Torquay.  Photograph: Michael Probst/AP

24) People dressed as Santa Claus wave from a canal boat as they take part in the World Santa Claus Congress, an annual event held every summer. Photograph: Andrew Kelly/Reuters

26) Competitors, covered with mud, react during the 2018/2019 Wattoluempiade (mud games) in Brunsbuettel, Germany, on July 21, 2018. Around 400 competitors from Germany, Switzerland and the Czech republic performed in several disciplines (like handball, mud races, volleyball soccer) in the mud on the mouth of the Elbe river, near the North Sea. Photo: Patrik Stollarz / AFP / Getty

According to the Milwaukee Journal Sentinel Franklin is getting a new subdivision that I reacted to in a blog.

“We’re thrilled to see our community expanding and thriving,” Mayor Steve Olson said in a statement. “Aspen Woods will add 69 homes …That’s more than $30 million being added to the city’s value.”

The mayor should be thrilled.

But wait a minute.

Isn’t growth the reason he’s pushing for residents to approve a property tax increase for emergency services via a community survey? (BTW the city’s latest newsletter claims the survey was sent to all residents. That’s not true.)

And why is a new subdivision thrilling and not a burden on police, fire, and EMTs, but a new memory care facility at Ballpark Commons is wrong, wrong, wrong?

More growth should mean more revenue. So why should I support higher taxes?