US Senator Ron Johnson (R-WI) introduced the Trickett Wendler Right To Try Act of 2016 during a meeting with ALS patients and those affected by the slow federal drug approval process.

The “Trickett Wendler, Frank Mongiello, Jordan McLinn, and Matthew Bellina Right to Try Act of 2017” passed Congress on May 22, 2018. The bill amends Federal law to allow certain unapproved, experimental drugs to be administered to terminally ill patients who have exhausted all approved treatment options and are unable to participate in clinical drug trials.

Trump said he thinks “hundreds of thousands” could be saved as a result of the legislation.

Even though folks in the industry are in complete denial, newspapers are dying. And that’s not good.

When local newspapers shut their doors, communities lose out. People and their stories can’t find coverage. Politicos take liberties when it’s nobody’s job to hold them accountable. What the public doesn’t know winds up hurting them. The city feels poorer, politically and culturally.

According to a new working paper, local news deserts lose out financially, too. Cities where newspapers closed up shop saw increases in government costs as a result of the lack of scrutiny over local deals, say researchers who tracked the decline of local news outlets between 1996 and 2015.

Read the entire article by Kriston Capps at CityLab.

This is great news for Franklin. The Milwaukee Business Journal is reporting that Bear Development wants to expand in Franklin.

S.R. Mills of Bear Development is one of the up and coming rising stars in the development world in Wisconsin, especially in the southeastern corner of the state.

Bear Development is advancing plans for a new business park and nearby subdivision in the southwest corner of Franklin.

The dual projects are planned south of Ryan and Loomis roads. The area is one of three Franklin officials identified in late 2014 where new, larger scale development is being encouraged with potential city financing help. Bear Development was at the table then, and bought about 164 acres in the area in summer 2016.

The Kenosha-based developer submitted plans to the city this month for about 50 acres of new office and light industrial buildings. Mills said a manufacturer is in talks to fill a new building on about 30 acres. He declined to identify the manufacturer because the project is not yet finalized.

The remaining 20 acres would be for relatively smaller users, filling a niche the company sees in the market for companies seeking business park land for smaller projects.

Those industrial buildings would line Loomis Road on the western end of Bear’s property. Plans show room for about eight buildings there.

The other component of the project is a more than 30-acre subdivision that would be built along 112th Street on the east side of Bear’s property. A 47-acre green space and wetlands area would separate the business park from the houses. The subdivision would have about 76 home lots averaging about 1,400 square feet apiece.

Meetings are coming soon at the city level to discuss.

City of Franklin officials, don’t screw this up.

You can’t make up how ridiculous a wacko enviro can be.

The above opinions are those of Ian Graber-Stiehl, a freelance writer and science journalist. It’s no surprise he’s been featured on NPR.

Read his article and try not to yell at your computer screen, “WHAT A NUTJOB!”

Today’s entry is from the world of sports.

We’re down to two teams in the NBA playoffs. For the 4th year in a row the Golden State Warriors will face the Cleveland Cavaliers for the NBA Championship in a series that begins Thursday.

Yes, again. Many fans may not be real thrilled about that. But it’s the NBA Finals. Maybe the best team the last several years taking on the team with the best player in the league, and quite possibly the best who’s ever put on an NBA jersey.

Did you catch Cleveland’s LeBron James in the decisive Game 7 victory in the Eastern Conference Finals against Boston? Pay attention to what James does after an amazing defensive play.

Stared down the court.

That play exemplifies a strategy of his that has been studied extensively and is the focus of today’s read from ESPN’s Brian Windhorst:

It has been hard to fathom how LeBron James can be playing more games than ever, more minutes than ever, and yet in some ways be more dominant than ever.

The answer might be simple: James has perfected the art of resting while playing.

For James, this means finding times within games when he can catch his breath even when play is going on.

He has been slowly learning how to do it for years.

Read the entire article from earlier this month to see how James does it here.

Have you been on WI freeways lately? if so, no doubt you’ve seen…

Deer are lovely creatures. But what do the Milwaukee Bucks and their ardent fans say? 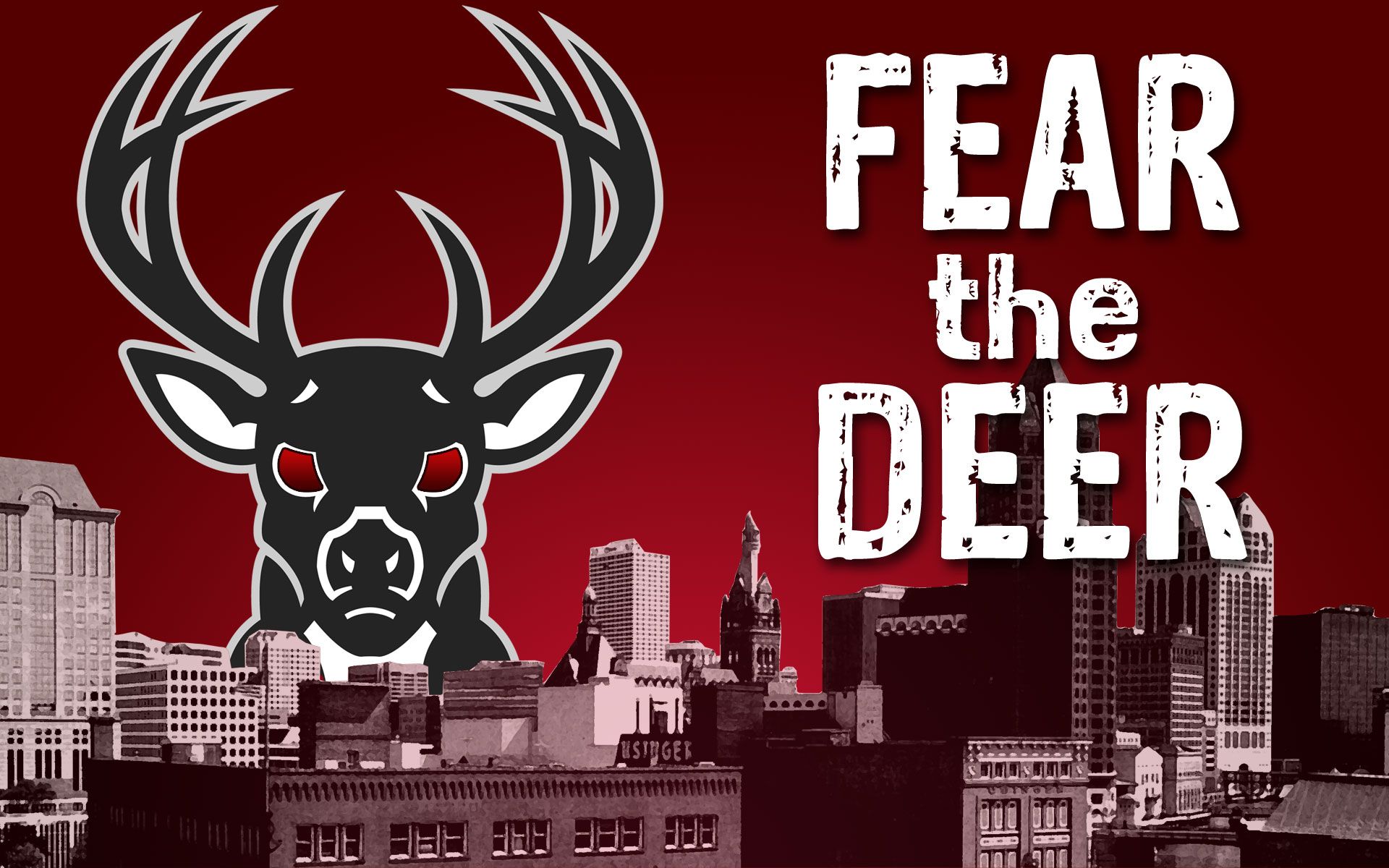 Many, many years ago, while driving on a busy east-west street in Oak Creek I had to slam on my brakes.

But not just a deer.

I waited before I hit the accelerator. Good thing.

And then no more.

But I wasn’t, couldn’t be sure.

So I waited and waited before I finally  thought, ok, go for it.

Whew. All clear of the deer.

Since then I’ve had a few more close encounters but never any collisions.

So why all the deer carcasses on the road this time of year?

According to the Wisconsin Department of Natural Resources (DNR):

The majority of deer-vehicle collisions occur during the months of October and November when deer are most active during the breeding phase.

Many collisions also occur during May and June during spring fawning, when yearling deer are seeking out new home ranges.

Be careful out there. 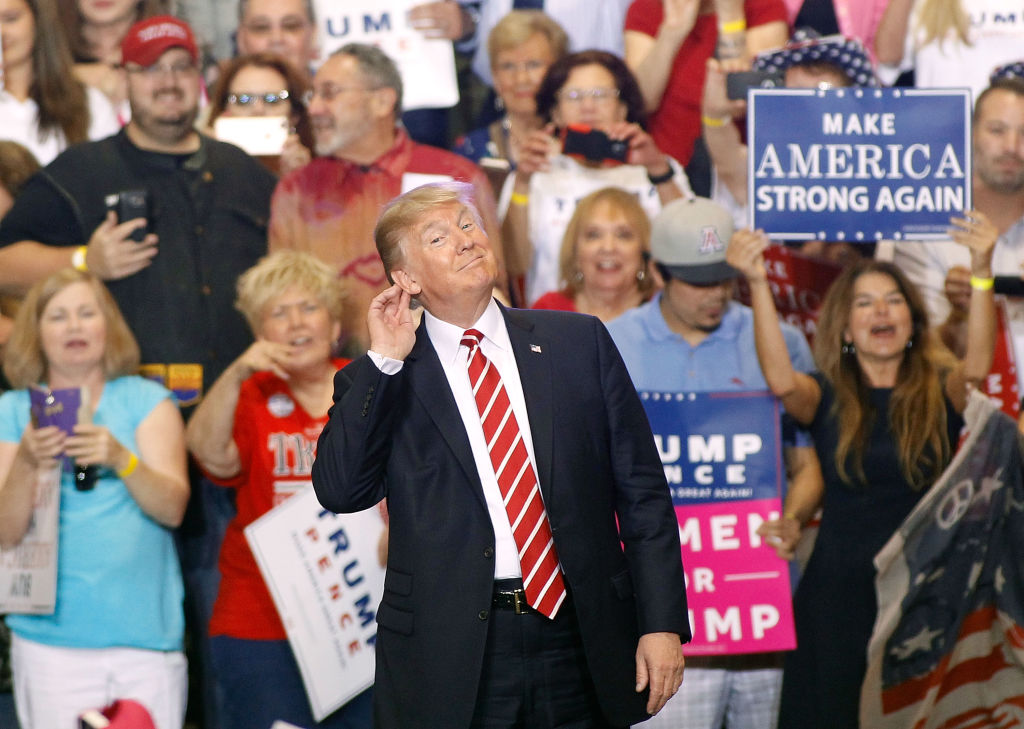 From the Boston Herald:

For this unpopular president, it’s the beginning of summer before the midterm election. A devastating loss for his party in November seems imminent, and his approval rating is a dismal 37 percent. What chance does this guy have of being re-elected?

Previously on This Just in…

Other articles in this series:

Have Smartphones Destroyed a Generation?

How smartphones hijack our brains

Is the Answer to Phone Addiction a Worse Phone?

Teens who spend less time in front of screens are happier — up to a point, new research shows

Phone-addicted teens aren’t as happy as those who play sports and hang out IRL, new study suggests

Screen addiction is destroying travel. Here’s how to stop it

How to break up with your phone

Exclusive: Nearly half of parents worry their child is addicted to mobile devices 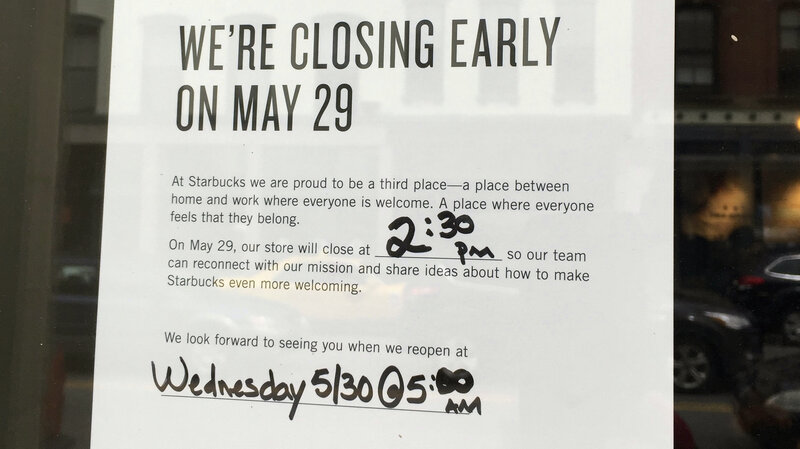 Is Donald Trump The Most Pro-Life President Ever?

A 6th-grade teacher wrote ‘Invite me to your Harvard graduation!’ — 21 years later, the student did just that