One of the Mid-South’s biggest tourist attractions has closed in response to growing number of coronavirus cases.

Graceland announced Friday it would close March 21 through April 3. The company released a statement on Facebook, writing:

“We will vigilantly monitor the situation and remain in regular contact with the appropriate officials and health experts. Graceland will continue to make adjustments to our operations and post updates here and at Graceland.com as appropriate. We look forward to welcoming guests back to Graceland as soon as it is advisable.”

On display at Graceland, all the police badges that had been given to Elvis over the years. Having worked with police and security his entire career Elvis was a huge supporter of law enforcement.

December 21 1970- A stretch limousine carrying Elvis Presley pulled up outside the White House in Washington, D.C. The driver handed over a letter from Elvis addressed to President Nixon requesting a meeting to discuss how the King of Rock and Roll could help Nixon fight drugs. The President agreed to give Presley a Narcotics Bureau badge – but only after learning that the chief of the narcotics bureau had turned down the same request earlier that day and told Presley the only person who could overrule his decision was the President. At Elvis’ request, the meeting remained secret for more than a year, until the Washington Post broke the story on January 27th, 1972. 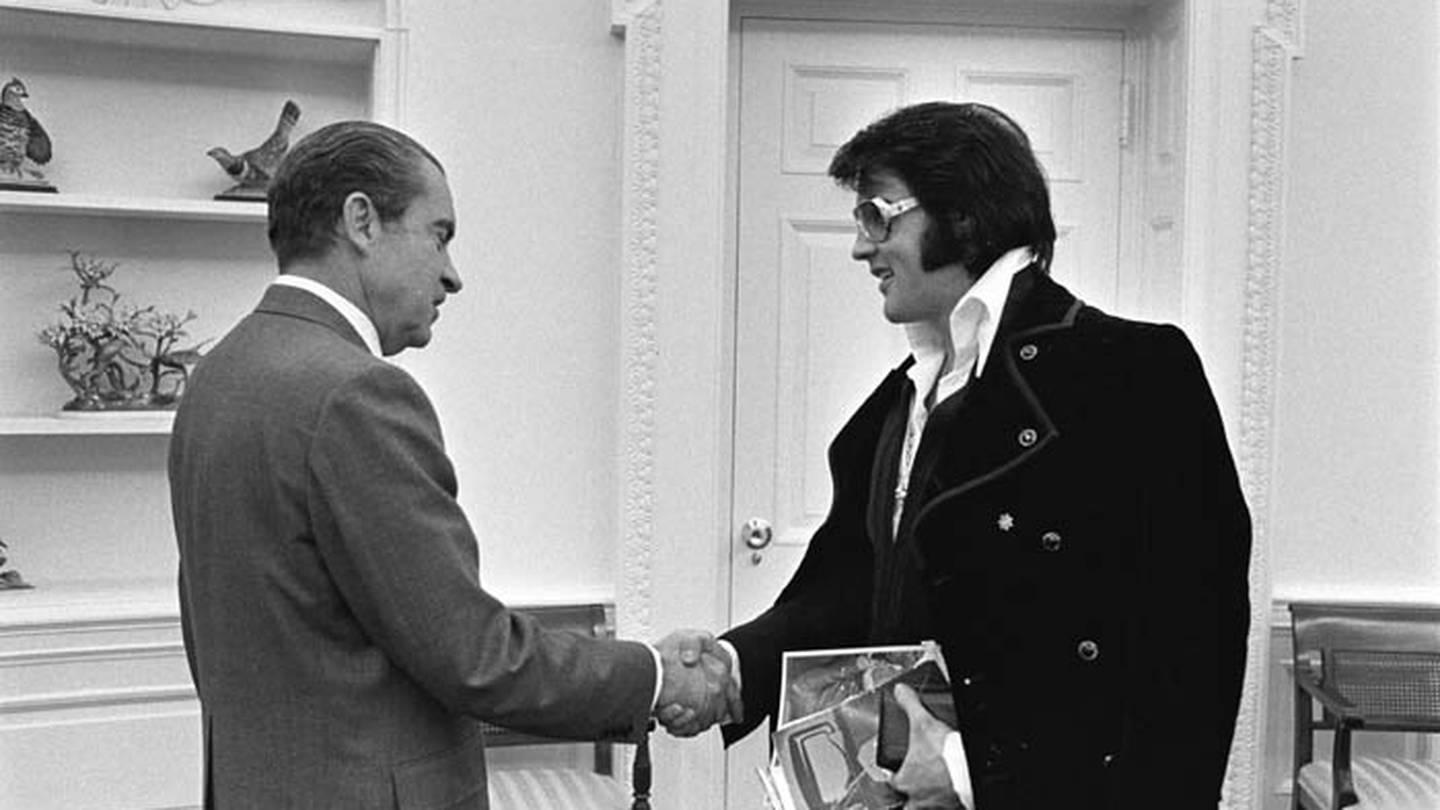 In one of Elvis’ last films, “Charro” in 1969, he plays a former outlaw turned lawman, a serious, straight role unlike most of Elvis’s previous movies. He sings but one song, the main title theme. That’s it.

Oh, one more rather obvious change.

Clint Eastwood was originally offered the starring role, but turned it down.