Baseball was scheduled to begin in Franklin in May 2019 at Routine Field.

But there was no call to Play Ball after all.

Promotions for the Milkmen continued.

Just a few days before the official home opener I blogged:

I moved into Franklin in 1992 after I built the first of two homes here. Not one. Two.

Never during that time, more than 26 years, have I sensed the tremendous anticipation of the economic buzz and vitality that will take over our small city this Monday when the Milwaukee Milkmen will play their first home baseball game in the long-awaited Routine Field at Ballpark Commons.

In 2007, 12 years ago, I started blogging. My first piece was lengthy, outlining my optimism and analysis that Franklin had promising potential. Since that blog I was disappointed time after time. Nothing I had hoped for ever materialized with the rare exception of Kayla’s Playground. Even that star-studded project took an inordinate amount of time, facing thumb tacks in the road tossed by some city aldermen.

Don’t get me wrong. That was a free playground on a small tract of land that did need city funding. Disgracefully some stood in the way, fighting for ways to find fault. Ballpark Commons, by comparison, was much larger in size and scope. So it too, fell victim to the “can’t do” mentality pervasive in city government and amongst the 1950’s citizenship at large.

Like Kayla’s Playground, Ballpark Commons got done, albeit later than it should have. And now we, including me, who have been clamoring for even just one semblance of 21st century growth, will get our wish on Monday.

A crowd of happy people. Enjoying America’s pastime. At reasonable prices. That will bring families together. In a brand spanking new state-of-the art facility. You know how peanuts and hot dogs have a way of tasting ten times better at a ballgame? Just wait to see what you can eat at Routine Field.

Minor league baseball. Think promotions. There will be plenty, extra incentives to come and enjoy.

Prior to this Monday Franklin, for as long as I’ve lived here (over 26 years) has been a Nothingville. Why would anyone want to come here, stay here, spend money here, look for a job here. We’ve been a trail on the path to Oak Creek where life actually exists. On Monday Franklin lifts the calendar from mid 1950-s to TODAY.

This is a great story. A Franklin native who still lives here decided to give back to his community. At any of the hundreds of times he was rudely treated, insulted, even threatened. he could have said that’s enough, I’m going home. He stuck with it, assembled and I know some of them, a super-talented team, and hung in there.
—June 20, 2019

In August there was some great coverage from Ballparks.com.

The Milwaukee Milkmen suffered a losing season in their inaugural campaign but have been working in the off-season to make improvements.

Quite possibly the highlight of the Milkmen season.

Today’s read is from Nicholas L. Waddy, an Associate Professor of History in the State University of New York. Here’s a brief excerpt:

All in all, 2019 was a banner year for President Trump and for all those who believe in the values and goals of his popular, conservative movement. We have much to be thankful for, and ample reason to believe that 2020 will be a year filled with opportunity and optimism for our great country.

Boy, that’s tough. There were so many that could qualify.

Consider this from Michael Ramirez who is simply the best. Ramirez gave us plenty to enjoy during 2019 with some pretty easy targets. 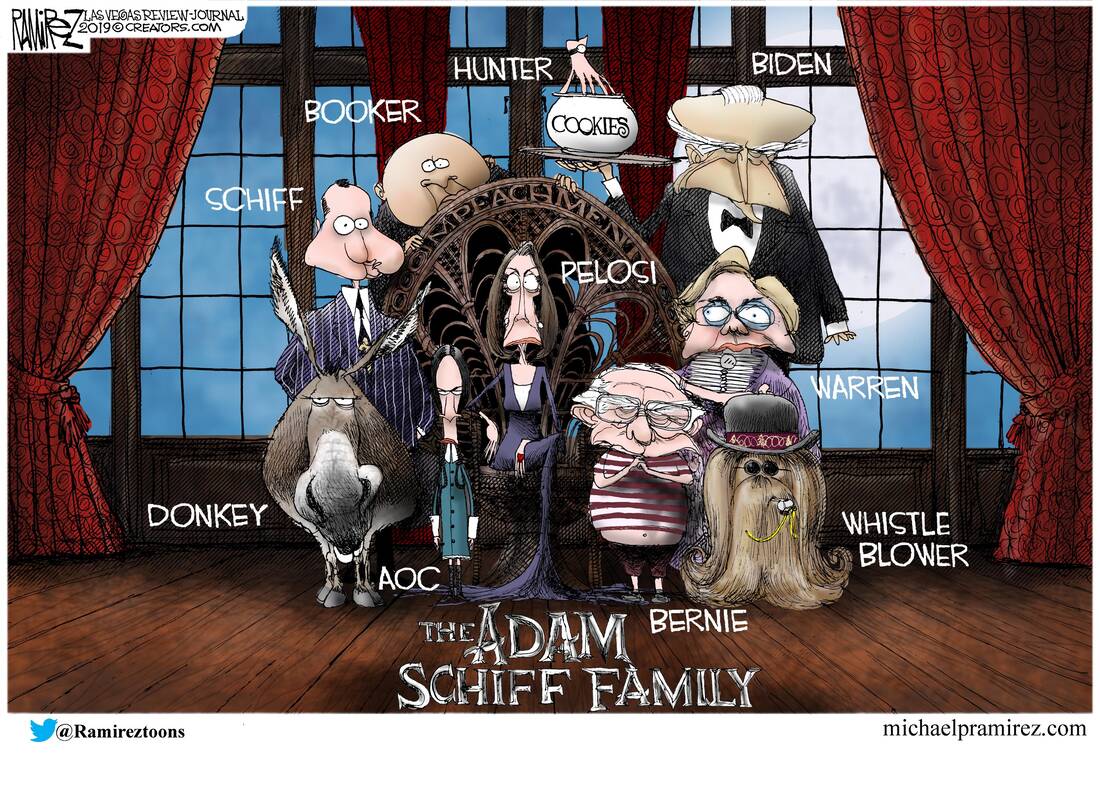 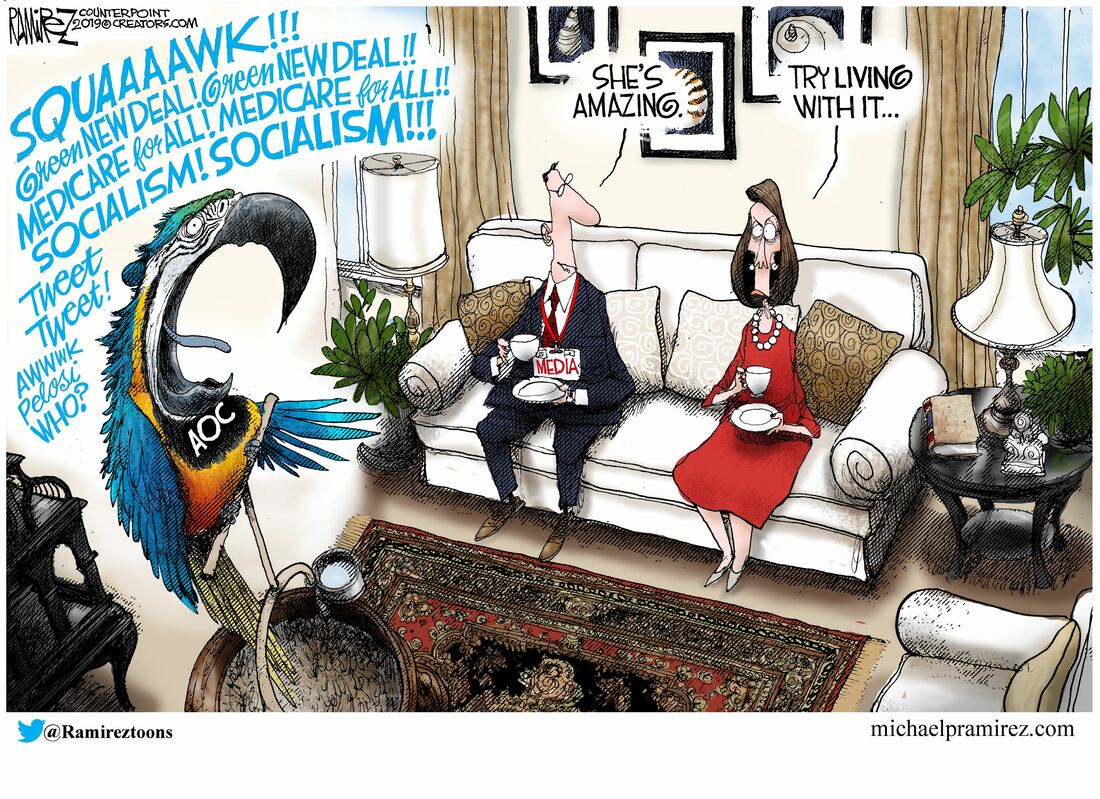 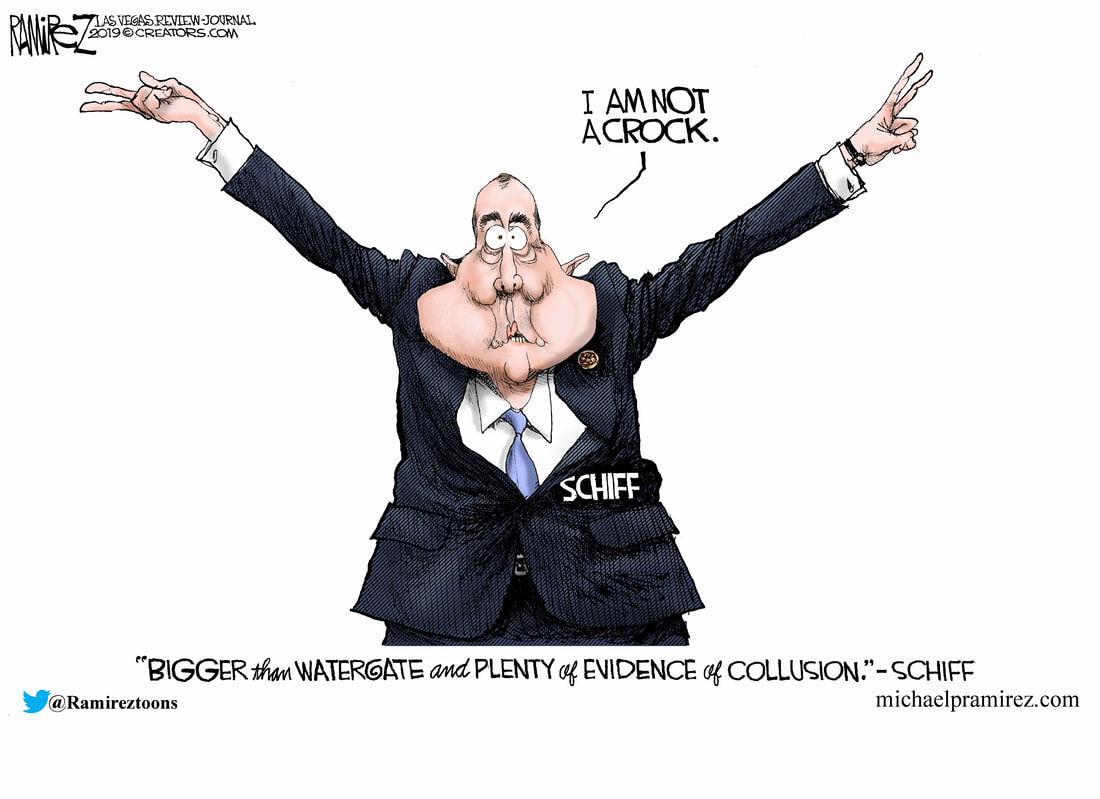 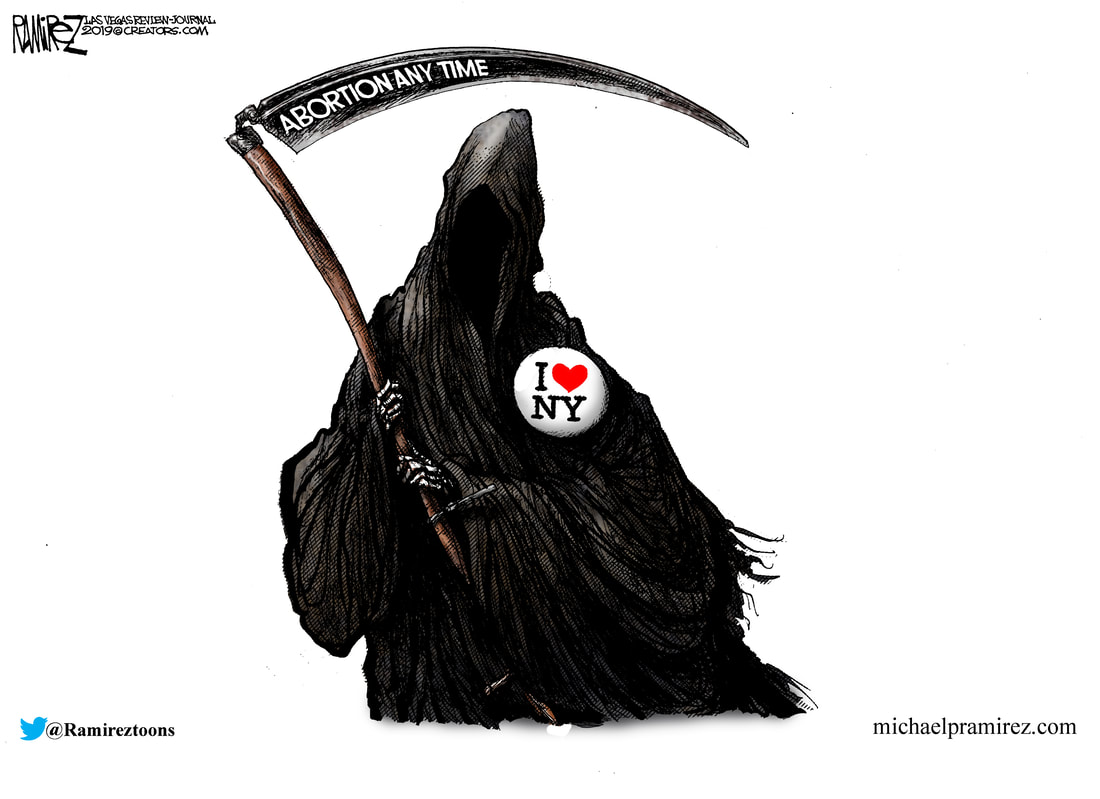 And check out this video capturing the works of A.F. Branco. They move pretty fast so you may want to hit the pause button every now and then.

The water temperature in Lake Michigan on January 1 of this year was 41 degrees.  That’s not exactly enticing to me so I won’t be joining the Polar Bear Club on New Year’s Day.

What it feels like to swim in sub-zero waters

“After a lunatic commits a mass shooting among defenseless citizens, all the Milwaukee TV stations contact me for interviews. They want to talk about universal background checks (even when the shooters passed background checks). They want to talk about red flag laws, even when no red flags were evident. ***NOW*** we have a national story that provides proof-of-concept of the remedy for mass shootings that WCI advocates for. Will any local TV stations contact us to discuss concealed carry? Will any local TV stations do stories about local churches with armed parishioners? Will any local stations do stories about concealed carry classes, and training opportunities for citizens who wish to consider this option for self-defense? With all the demands for “action” to prevent mass shootings shouldn’t a story about a mass shooting being averted get just as much attention?”
Nik Clark from Wisconsin Carry, Inc

FLASHBACK: An old blog of mine:

Today’s read is by Frank Miele, the retired editor of the Daily Inter Lake in Kalispell Mont., and author of “The Media Matrix: What If Everything You Know Is Fake?”

I’m going to remember 2019 as the Democrats’ last stand. The party of Thomas Jefferson was given the keys to the nation’s future and told, simply, don’t drive it off the road. Instead, the Democrats honored their Southern roots and decided to go mud bogging! Might have been fun if they had four-wheel drive, but they were stuck with the antique transmission of the Constitution. Voters were sure to notice when the yee-haw Democrats covered them with dirt, ground the gears to dust, and spun the engine into oblivion.

But just in case you’ve forgotten, here’s the roadmap of how we got here.

Here’s the column in its entirety.

In November of 2016 Franklin voters went to the polls to vote up or down on a school referendum. I wrote in July of that year:

The option to be considered by voters would build a new two -story middle school with a $43.3 million referendum representing an estimated annual tax impact of $73 for each $100,000 of a home’s value for each of the next 20 years. A new two-story middle school would be built on District-owned land adjacent to the current middle school. The referendum would be large enough to pay for the new building and provide space for future expansion. Green space and competition/ recreational fields would be provided. Supporters claim the referendum would significantly improve parking and traffic flow.

I blogged extensively about my opposition to the referendum. There were two main reasons. One, there was that tax increase for the next 20 years.

“Research has found little relationship between school funding levels and student performance.”
Will Flanders, education research director at the Wisconsin Institute for Law and Liberty

NOT AT ALL CONVINCING:

The cafeteria is too small to meet the needs of the current student population, resulting in students waiting extended times in serving lines during their lunch period.

Interesting note: one-fourth of the people who cast ballots did NOT vote one way or the other on the referendum question.

Didn’t know enough about it?

From one of my very, very sharp readers, sent about a week before the election:

“Kevin,  I didn’t realize that Franklin is in the middle of a referendum – it shows how low profile they are keeping it to focus the vote on yes.”

“The $43.3 million referendum represents a tax increase of 65 cents per $1,000 of assessed property value.”

A soggy groundbreaking ceremony was held on June 29, 2017.

The weather was much better for the official ribbon cutting on September 10, 2019.

My family attended the ceremony and we were blown away.

I opposed the referendum, but the new school is a gem providing great opportunities, there’s no doubt about it.

The Sunday sports section of the Milwaukee Journal Sentinel:

The Packers have everything to play for and plenty of reason to want to return the favor of a Week 17 beatdown by the Lions last season. I don’t know if it will be as bad as 31-0 (the final score last year), but the Packers should take this one easily. They should be home in time to watch the 49ers-Seahawks game that will determine whether they are the No. 1 or 2 seed. Packers 41, Lions 17

The Packers are playing for a playoff bye. Detroit has lost eight straight games and will have David Blough, not Matthew Stafford, at quarterback. Anything else you need to know? Packers 31, Lions 13

The Packers have come too far, positioning themselves too close to a first-round bye to stumble against David Blough & Co. In the ideal scenario, they jump out to a big, early lead and cruise from there, resting quarterback Aaron Rodgers and several other key starters in the fourth quarter. Packers 30, Lions 9

The Packers won’t take Detroit lightly and will want to wrap up a bye (and maybe some second-half rest) so they’ll take it to the undermanned Lions. Packers 31, Lions 13

If the Packers lose to this team, they have some bigger problems coming in the playoffs. Packers 30, Lions 13

Detroit has too many injuries to count, while the Packers are the picture of health. This will serve as a nice playoff tuneup and a chance for the offense to finally put it all together. Packers 34, Lions 17