I’ve not read this book but from what I’ve learned I just might. And I believe it should be REQUIRED READING for the mayor and Common Council members of Franklin, a city that has a poor business climate in desperate need of improvement. 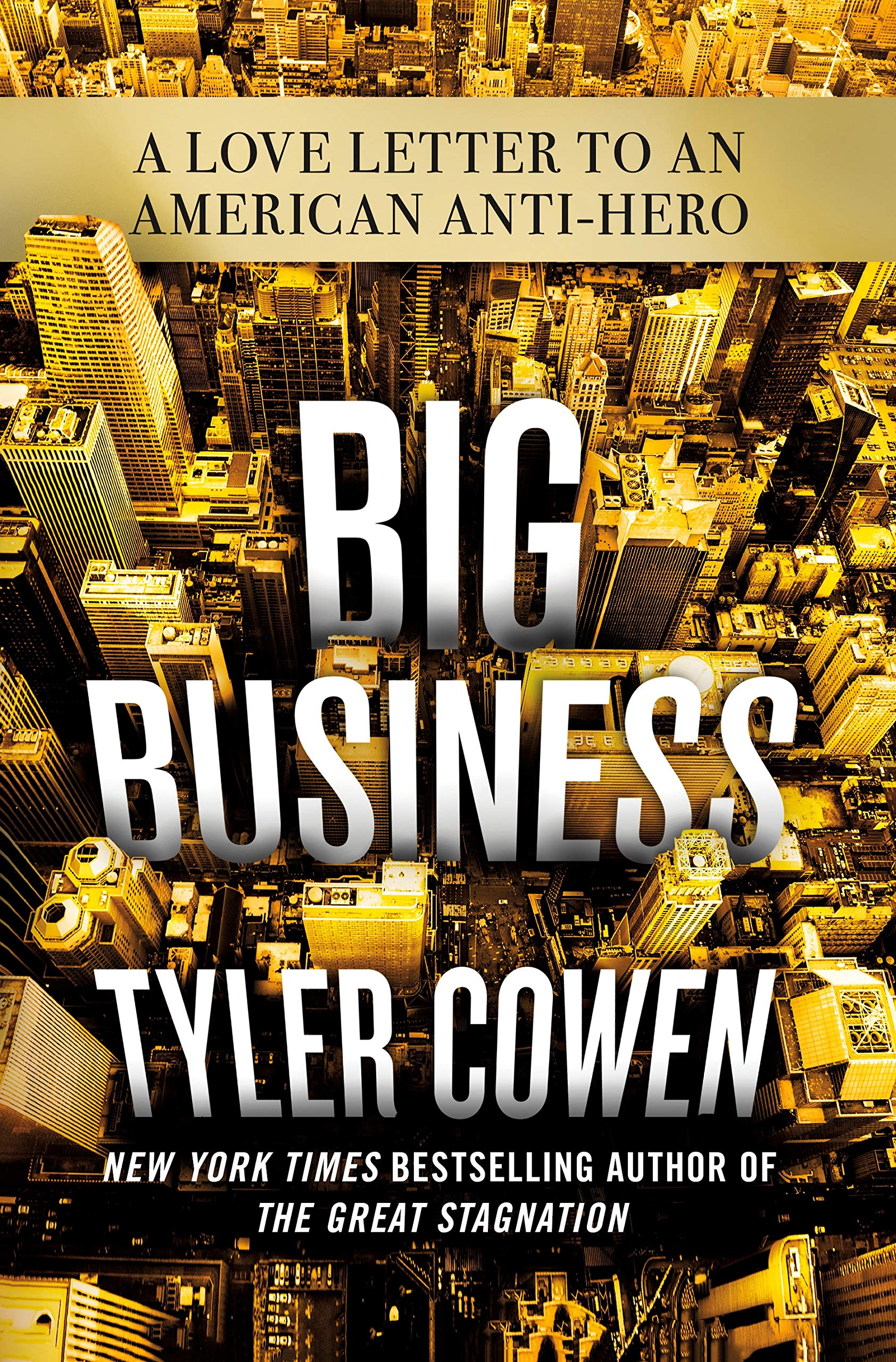 Steven Malanga, the senior editor of City Journal, has written a review of Cowen’s book.

We don’t love the folks who supply us with our goods and paychecks nearly as much as we should… big business is one of the least trusted of American institutions, ranking lower than labor unions, public schools, or even, in perhaps the biggest insult, the media.

But Americans don’t practice what they profess to believe. Consumer tracking surveys tell us that 95 percent of American shoppers spend money at Wal-Mart every year, though the retail giant has been derided as a downtown killer, exploiter of workers, and anti-union powerhouse since the mid-1980s.

Cowen has noticed the contradictions. Much of his book reminds readers just how valuable business (which often means big business) is to our lives, explaining why we patronize some of the biggest corporations even while we cast them as villains.

In one of the more provocative portions of a persistently provocative book, Cowen argues that businesses are on average more trustworthy than individuals—in other words, than many of us. IRS statistics, for instance, show that corporations are less likely to cheat on their taxes than individuals. While we deride big retailers like Wal-Mart, they incur tens of billions of dollars every year in losses from consumers and their own employees.

Mayor Steve Olson, did you catch all of that?