This 1940 film consists of animation set to eight musical pieces. On the American Film Institute’s listing of the top 100 films of all time Fantasia ranks #58.

From a NY Times review the day after the film’s world premiere at the Broadway Theatre in NY in November of 1940:

Let us agree, as did almost every one present on the occasion, that the sly and whimsical papa of Mickey Mouse, Snow White, Pinocchio and a host of other cartoon darlings has this time come forth with something which really dumps conventional formulas overboard and boldly reveals the scope of films for imaginative excursion.

Let us temperately admit that “Fantasia” is simply terrific—as terrific as anything that has ever happened on a screen. And then let’s get on from there. For the vital report this morning is that Mr. Disney and his troop of little men, together with Leopold Stokowski and the Philadelphia Orchestra and a corps of sound engineers, have fashioned with music and colors and animated figures on a screen a creation so thoroughly delightful and exciting in its novelty that one’s senses are captivated by it, one’s imagination is deliciously inspired.

They have taken eight symphonic numbers which are generally reserved for the concert halls, let Mr. Stokowski’s band record them on multiple sound tracks, and have then given them visual accompaniments of vast and spellbinding range. In brief, they have merged high-toned music with Disney’s fantastic imagery.

Fantasia” is enchanting entertainment. This is one time, we warrant, you won’t want to listen to music with your eyes shut.

This week, the music of “Fantasia.” Let’s get started.

In 1937 Walt Disney began work on  a Silly Symphony cartoon short of Paul Dukas’ “The Sorcerer’s Apprentice.” Disney happened to meet Leopold Stokowski who accepted the chance to conduct the score for the short.

Mickey’s looks changed. For the short he got pupils in his eyes (a first for him),  a bit more bulk to his frame, and a greater dose of cuteness.

Production costs started to beef up, too. The project was beyond the normal price for a “cartoon” of just a few minutes in length. Not too worry. Disney improvised.

We absolutely must begin with… About “Sorcerer’s Apprentice,” Stokowski wrote a letter to Disney.

“What would you think of creating an entirely new personality for this film instead of Mickey? A personality that could represent you and me – in other words, someone that would represent in the mind and heart of everyone seeing the film their own personality, so that they would enter into all the drama and emotional changes of the film in a most intense matter.”

What did Stokowski mean? He meant not making Mickey the lead. Remember at that time, Mickey’s popularity was nowhere near what it is today. Disney said no. Another suggestion was to cast Dopey (one of the Seven Dwarfs) in Mickey’s role. Disney rejected that idea as well.

This next Fantasia selection is one of the most beautiful pieces ever written. Dating back to 1853, “Ave Maria” today is often played or sung at funerals, masses, and weddings. 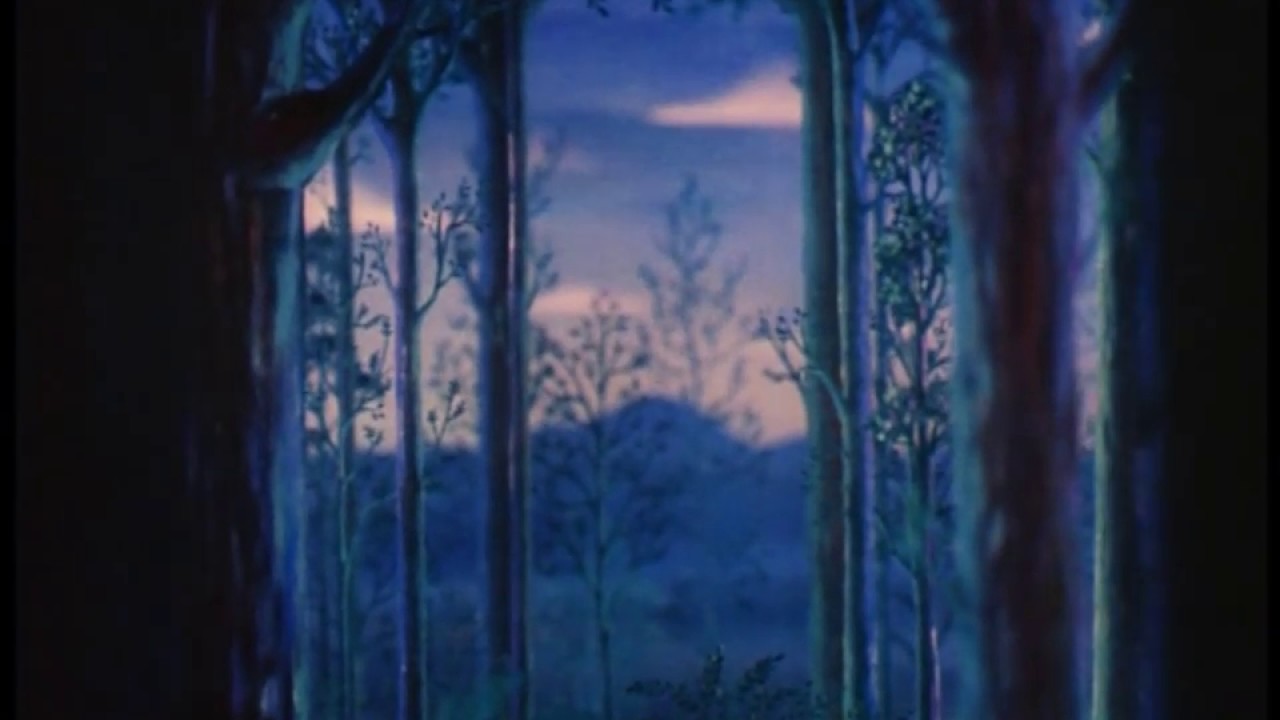 “Fantasia” was the first film to utilize stereophonic sound, and that wasn’t easy. In order to show “Fantasia” in theaters the venues had to be upgraded. About a dozen or more sites hd to be adjusted and equipped to display the movie in “Fantasound.” That required the installation of more speakers around the theater as opposed to the small number normally positioned behind the screen in addition to new projectors and sound reproduction machines. Upgrades cost around $85,000 per theater. When adjusted for today’s inflation, that was close to $1.5 million.

The “Dance of the Hours” portion of Fantasia included the unlikely combination of zoo animals and ballet dancers. You’ll recognize the music performed by the California Philharmonic Youth Orchestra.

“Fantasia” grossed when adjusted for inflation more than $83 million at the box office. But the movie had a slow start except in places like NY and LA. then came WWII, ending Disney’s hopes of producing a sequel.

Disney animators originally made nine sequences for the film, including one set to Debussy’s “Clair de Lune” featuring birds flying across a moonlit sky over the Florida Everglades. The segment was cut for length, but  was seen in Disney’s “Make Mine Music” in 1946.

For our closing number when it was played in theaters Disney wanted to spray perfume on the audience. But because of worries about the cost it never happened.

Not the way Disney would have done it, but very entertaining. 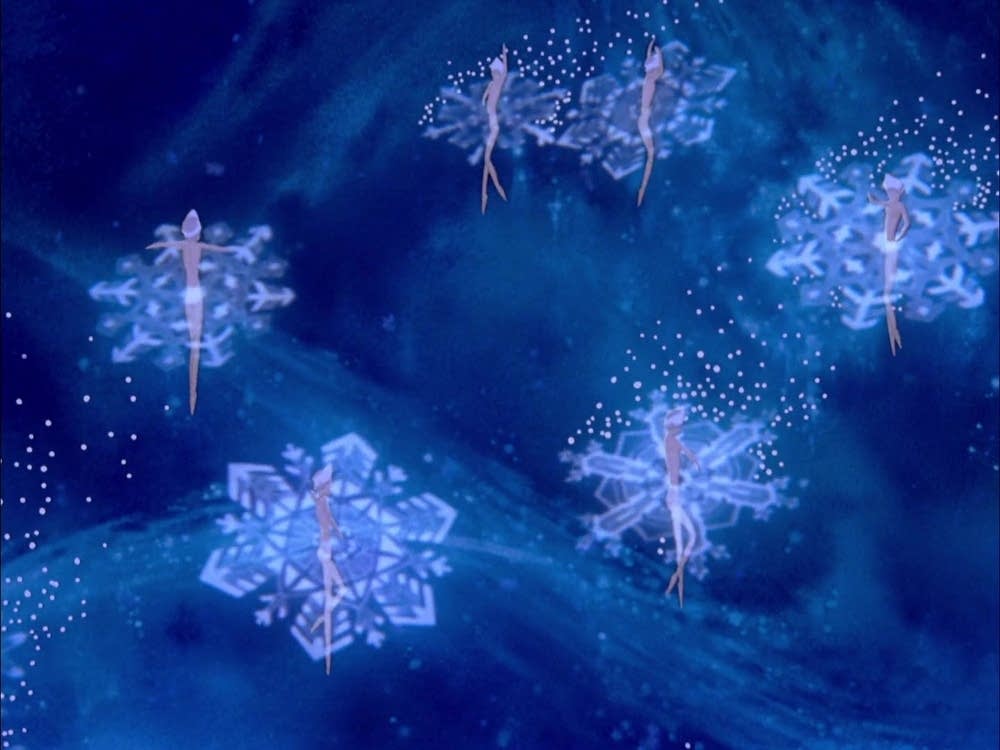 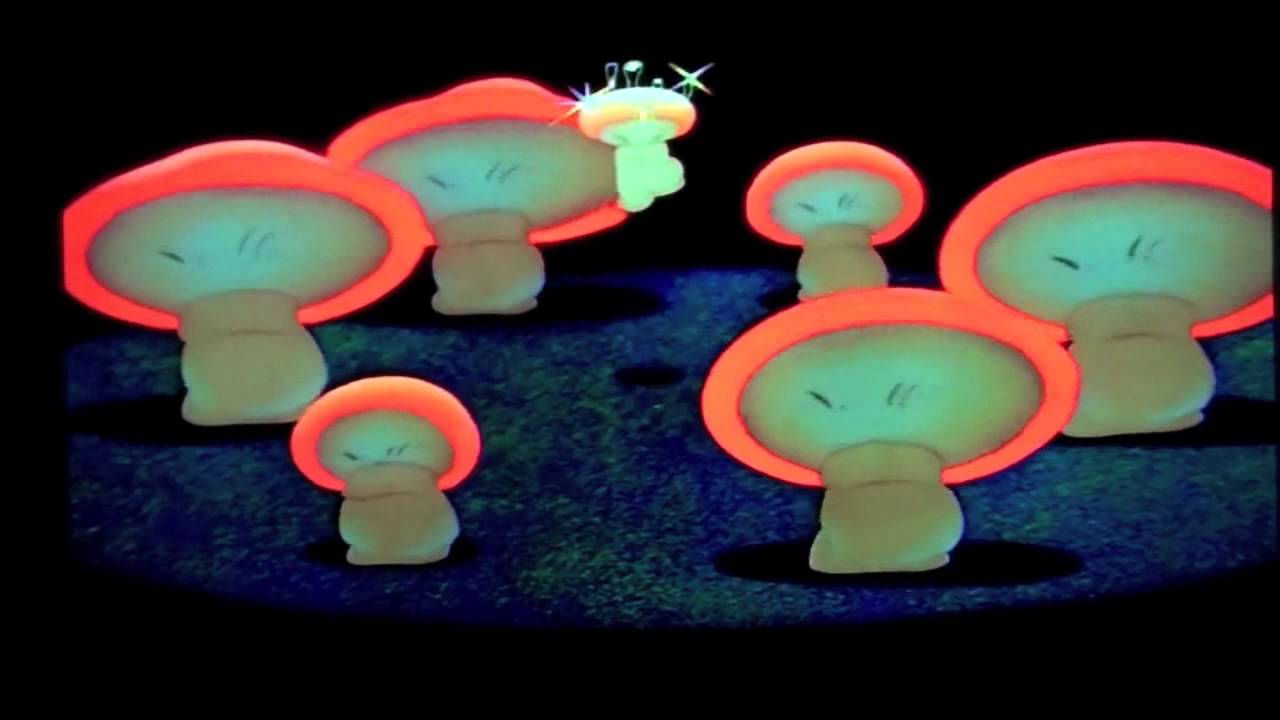