Today Chef Wolfgang Puck turned 71. The Austrian restaurateur and businessman  learned cooking from his pastry-chef mother. Puck moved to the U.S. at 24 and, following the publication of his first cookbook he opened his first restaurant, Spago, on L.A.’s Sunset Strip in 1982. It became one of the Top 40 Restaurants in the US, and was awarded two Michelin stars.

In April 2003 my wife Jennifer and I vacationed in Las Vegas to celebrate her 30th birthday. While there we had dinner at Puck’s Lupo restaurant in the Mandalay Bay Resort. Still operating today, featuring a spacious center bar surrounding a glass enclosed wine room, Lupo is considered to be the preeminent Italian restaurant in Las Vegas.

After an absolutely delightful dinner Jennifer and I were hoping to get a picture outside the restaurant. We were in luck. A very genuinely nice antique of a man strolled by with family members and was more than willing to snap the photo.

Sonny intervened and showed Dad how to click the photo because Dad insisted HE wanted to do the honors. He did a great job. 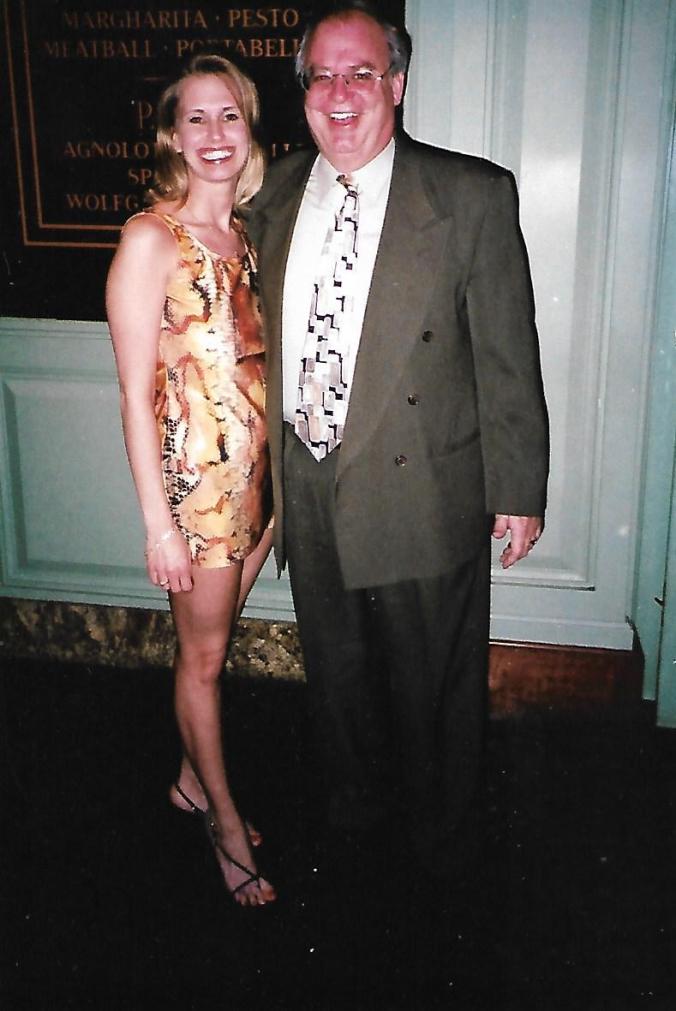 I’m not a fashion expert but I believe that’s a snakeskin dress. That’s what they told me when I bought it. Jennifer was wearing it on the night I proposed to her at the California Grill at Disney World.

In Vegas Jennifer and I stayed at the Bellagio.

We hit Cirque de Soleil and their fabulous of production of the water themed “O.”

And oh yes, then there were those times when …

“Uh hem. Oh, Kevin. This is your wife speaking. Please. Don’t go there.”

What happens in Vegas…