A National Restaurant Association survey shows two out of five people (40%) go out to eat on Mother’s Day. On Father’s Day, it’s one out of four (25%).

Odds are Dad is outside grilling on his day. It is, after all, summer grilling season.

In Wisconsin, that means brats. And everybody has an opinion on how to cook them, and how to eat them.

My wife, for example, likes brats one of three ways:

1) With sauerkraut
2) With sautéed or grilled onions and green peppers
3) With chopped onions, mustard and…ketchup.

She is not alone.

In a Milwaukee Journal/Sentinel article last June, local grillers were surveyed about how to cook and eat a brat. The ketchup as a condiment question was part of the debate.

Michael Zorn, assistant production coordinator of Johnsonville Brats in Sheboygan eats brats the way my wife does: “Personally, for me, the condiments I use are the ketchup, mustard and onion. It can’t be this yellow mustard. It has to be dark mustard.”

The guy works at a place that specializes in brats, and he puts ketchup on his sausages.

Adam Siegel, executive chef at Bacchus and Lake Park Bistro said, when it comes to ketchup, “I’m not against it. I just like a more pungent flavor.”

A brat is basically a pork sausage.

Would you put ketchup on a pork chop?

Would you open up the Heinz and pour it on a nice thick slice of pork tenderloin?

Would you go to Saz’s and tell them you want your ribs slathered with Hunts?

Would you dunk your bacon in the red stuff?

If you said yes to any of the above questions you need psychiatric help and a support group.

It is sacrilege to put ketchup on a brat.

We explored the topic more than once.

Here’s a cooking demo by a guy only known as Larry. We join Larry at his grill already in progress.

There are a couple of violations in that clip I noticed but let’s continue.

Needs toppings, but that’s not the no-no. For sure I’d be chowing down on that! 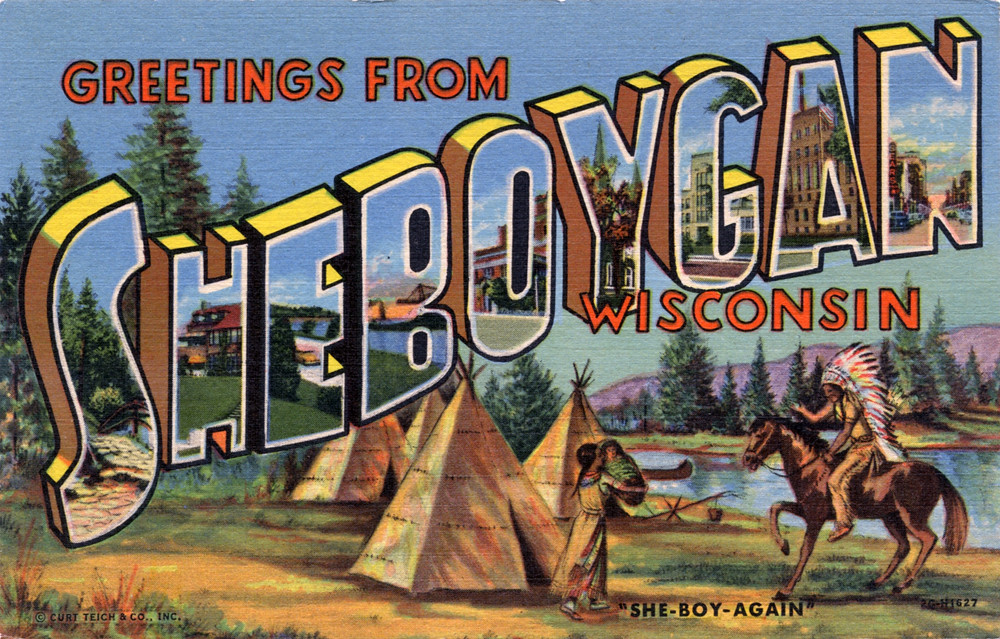 “This is the capital of the kingdom of bratwurst. A brat — the name rhymes with pot, not with pat — is a pork or pork-and-beef sausage, spicier and stubbier than a hot dog. In Sheboygan, at least, it is also an object of veneration, taken as seriously as a lock of some medieval saint’s hair.

“No self-respecting restaurant here, whether humble hole in the wall or soigné supper club, can make do without a proper charcoal grill, because the bratwurst catechism specifies that the stout little sausage must be grilled over charcoal, not boiled or fried or sizzled on a stove top griddle.

“Once cooked, a Sheboygan brat must be served on a split hard roll called a semmel, which is rugged enough to hang together under attack from the torrents of savory juice released when you bite into it.

“Since this is Wisconsin, the dairy state par excellence, the cut sides of the rolls are slathered with plenty of butter before the sausage is inserted. And since the German-Americans who dominate the local population are big eaters, two bratwursts are usually squeezed into one roll, side by side.”

And another point from the NY Times:

“True sons of Sheboygan view parboiling as foolishness. They acknowledge the danger of exploding brats, certainly, but they insist that the way to guard against it is to cook the sausages slowly, for 20 minutes or more, a respectful distance from coals that have subsided from red to gray-white.”

Brats are serious business in Sheboygan. You saw Larry in the opening video dunk his brats in a beer bath and then move them to a grill. A gazillion grillers cook brats that way. But here’s what Usinger told the newspaper:

“I never precook sausages. Some people swear by parboiling, nah. When parboiling, you’re cooking them twice, in the pan, then grill. I don’t parboil them.

“I’m a lager kind of guy. And I never cook my sausage in beer. The sausage-maker creates a spice recipe and flavor he wants to give his customer. He’s creating it and he likes that flavor. He wants you to like it, and if you like it and buy it, then you’re on the same page. When you cook it in beer, it tastes like beer.”

“If you’re going to grill your sausage, if you parboil it, you’re cooking it twice. You’re overcooking it and losing flavors. I never do it. Parboiling makes the sausages rubbery.

“Beer is for drinking. I don’t want my brat tasting like a beer. I like to keep my beer and my brats separate. Usinger’s does not make a beer brat.”

I rarely simmer my brats in beer, but not for the reasons Usinger states. I simply prefer less time and hassle.

But I do believe Usinger has me convinced. Nothing wrong at all with a brat getting as TV chef Emeril used to put it, “all happy” from swimming in a Pilsner. My #1 choice would be package to grill to bun.

Finally, these are all preludes to the latest on the parboiling debate brought to us this past Memorial Day Weekend by the Green Bay Press Gazette.

It’s all about the science.