It was described by the organizers as a protest “for the black lives lost from police brutality.”

They were hoping for donations to the Milwaukee Freedom Bail Fund, which I don’t know all that much about except that it is exactly what it sounds it is.

The route of today’s march after some speeches at the Franklin Public Library was the library to Schueter Parkway to W Drexel Ave to Forest Meadows Dr to W Forest Hill Ave to S Legend Dr back to the library parking lot.

One official told me the estimated crowd at the library was about 300. 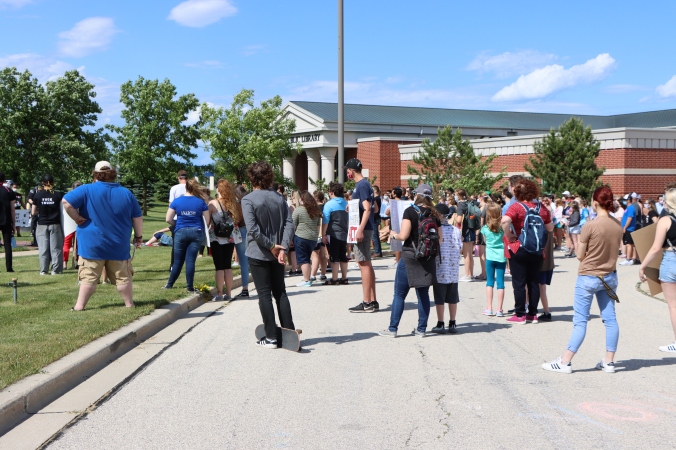 There are more people in the restrooms at a Trump rally.

Please go home. Get a life. A job would be best.

One thought on “Franklin “protest” a yawner”