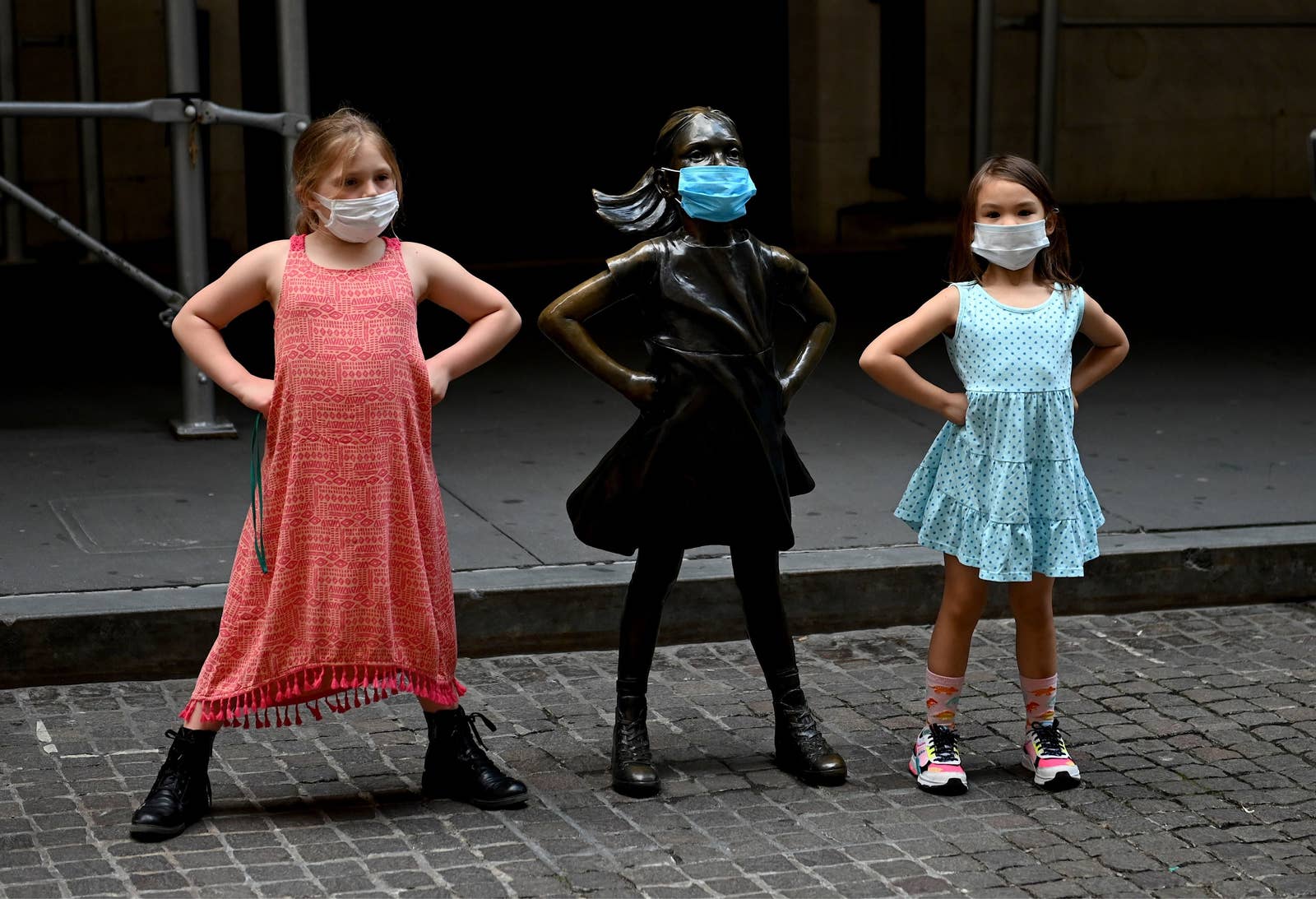 1) President Donald Trump addresses a ceremony honoring veterans ahead of the Memorial Day holiday at the White House in Washington, May 22, 2020. Photo:  REUTERS/Leah Millis

2) A veteran from AMVETS (America Veterans) who is participating in “Rolling to Remember: Honoring our Nation’s Veterans and POW/MIA” salutes President Donald Trump with a thrust fist as he rolls past the president, watching from the Blue Room Balcony of the White House, during a ceremony honoring veterans ahead of the Memorial Day holiday at the White House in Washington, May 22, 2020. Photo: REUTERS/Leah Millis

3) A veteran from AMVETS (America Veterans) who is participating in the “Rolling to Remember: Honoring our Nation’s Veterans and POW/MIA” event rides past as President Donald Trump watches from the Blue Room Balcony of the White House during a ceremony honoring veterans ahead of the Memorial Day holiday at the White House in Washington, May 22, 2020. Photo: REUTERS/Leah Millis

6) Cub Scout Colten Short, 10, of Arlington, salutes a grave after fixing a flag in front of a headstone ahead of the Memorial Day weekend at West Tennessee State Veterans Cemetery in Memphis, Tennessee, May 19, 2020. Max Gersh/The Commercial Appeal/USA TODAY NETWORK via REUTERS

7) Margot Bloch stands in a line of fake body bags while holding flowers during a funeral procession demonstration for COVID-19 victims, outside of the White House in Washington, May 20, 2020. Photo: Reuters

8) The body of Valnir Mendes da Silva lays on the sidewalk of the Arara favela in Rio de Janeiro, Brazil, May 17, 2020. When Silva complained that he could not breathe, locals said they called an ambulance for him, but he died before it arrived. His body lay on the sidewalk for 30 hours, according to relatives and neighbors. Although they may never be sure, they suspect the 62-year-old was an uncounted victim of the coronavirus outbreak tearing through Rio’s marginalized communities and stretching public services past their limits. Photo: REUTERS/Ricardo Moraes

9) Police officers ask people to keep their distance in front of Les Invalides in Paris on May 21 as France eases lockdown measures taken to curb the spread of the novel coronavirus. Photo: Getty Images

11) Residents jump off a bridge while swimming, paddle boarding, and kayaking in Barton Creek in Austin, Texas, on May 20, 2020. Texas Governor Greg Abbott announced that bars, wine tasting rooms, bowling alleys, skating rinks, bingo halls, aquariums, and equestrian events will be allowed to open on May 22, despite a surge in confirmed coronavirus cases in the state. Photo: Tom Pennington / Getty Images

12) People wait in line to go to the Long Branch beach, as New Jersey beaches reopen ahead of the Memorial Day weekend following the outbreak of the coronavirus disease, in Long Branch, New Jersey. Photo: Reuters

13) Two women sunbathe on a grassy slope at Brooklyn Bridge Park during the coronavirus outbreak, on May 17, 2020, in New York. Photo: Kathy Willens / AP

14) A visitor walks through the miniature theme park Madurodam after its reopening following the coronavirus outbreak in The Hague, Netherlands, on May 18, 2020. Photo: Bart Maat / ANP / AFP / Getty

15) The city’s landmark Eiffel Tower is seen through unmown grass along the Trocadero Fountains on May 20, 2020 in Paris, France. Photo: Alain Jocard / AFP / Getty

16) Kady Heard performs a burlesque routine during a drive-thru theater performance at the Majestic Repertory Theatre in Las Vegas on May 16, 2020. The theater held interactive performances for people in their cars as they sold masks to raise money, while closed during the coronavirus outbreak. Photo: John Locher / AP

17) Dolphins perform during a preparation period at the Aquarium of Genoa, Liguria. The aquarium is set to reopen on May 28 after over two months of being closed because of the coronavirus pandemic. Photo: AFP

18) A man wearing a face mask and a cardboard house on his head with text that reads, in Spanish, “stay at home,” walks on the seafront in Montevideo, Uruguay, on May 20, 2020. Photo: Matilde Campodonico / AP

19) Tents are pitched to help slow the spread of the coronavirus at a sanctioned homeless encampment next to San Francisco City Hall on May 19. Photo: Reuters

20) Signs reading “no job, no rent” hang from the windows of an apartment building in Washington DC, on May 20. Photo: AP

21) Coronavirus patients George Gilbert and his wife, Domneva Gilbert, hold hands during a short visit. They are being treated in different areas at Addenbrooke’s Hospital in Cambridge, England, where they are both part of the TACTIC-R trial, on May 21. Photo: AP

22) Carolyn Ellis (right) hugs her mother, Susan Watts, using the “hug glove” that Carolyn and her husband, Andrew, created as a Mother’s Day gift, in Guelph, Canada, on May 16. Photo: Getty Images

23) Varsha Thebo attends her online graduation ceremony in her bedroom at the International Student House where she resides at Georgetown University, in Washington, DC, May 15. Photo: Getty Images

25) Ethan Brown, a graduating senior from Buckeye Union High School, celebrates during a drive-thru graduation ceremony on the race track at Phoenix Raceway in Avondale, Arizona, May 16. Photo: AP

26) A child delivers candy to graduating seniors during a Class of 2020 parade in Wantagh, New York, May 15. Photo: Getty Images

27) A picture of a student is seen on a tablet that is placed on a robot during an event called “cyber-graduation” at a school at Taguig in Manila, Philippines. Photo: AP

28) Dexter Griffin, 9, of Foxborough, plants a flag outside of Gillette Stadium in Foxborough, Massachusetts, on May 21, 2020. The Patriots Foundation partnered with the Massachusetts Military Heroes Fund to plant 2,552 flags in honor of veterans from Foxborough who have lost their lives defending the country since the Revolutionary War. Photo: Maddie Meyer / Getty Images

30) President Donald Trump holds a protective face mask with a presidential seal on it that he said he had been wearing earlier in his tour at the Ford Rawsonville Components Plant that is manufacturing ventilators, masks and other medical supplies during the coronavirus pandemic in Ypsilanti, Michigan. Photo: REUTERS/Leah Millis

31) A man walks across a washed-out road in Sanford, Michigan, on May 21, after the area saw heavy flooding and damage from heavy rains. Photo: Getty Images

32) A woman uses a kayak to examine the damage at homes in her neighborhood on Oakridge Road on Wixom Lake in Beaverton, Michigan. Quickly rising water has overtaken dams and forced the about 10,000 people from their homes in central Michigan. Photo: Midland Daily News

33) Rose-ringed parakeets in a forest in Kathmandu. Nepal is a favored breeding destination for the migratory birds. More than 900 bird species have been spotted in the country. Photograph: Narendra Shrestha/EPA

34) A Eurasian hoopoe captured in flight while feeding its chicks at the entrance of their nest in a hole in a tree, in Gyeonggi province, South Korea.  Photograph: Jeon Heon-kyun/EPA