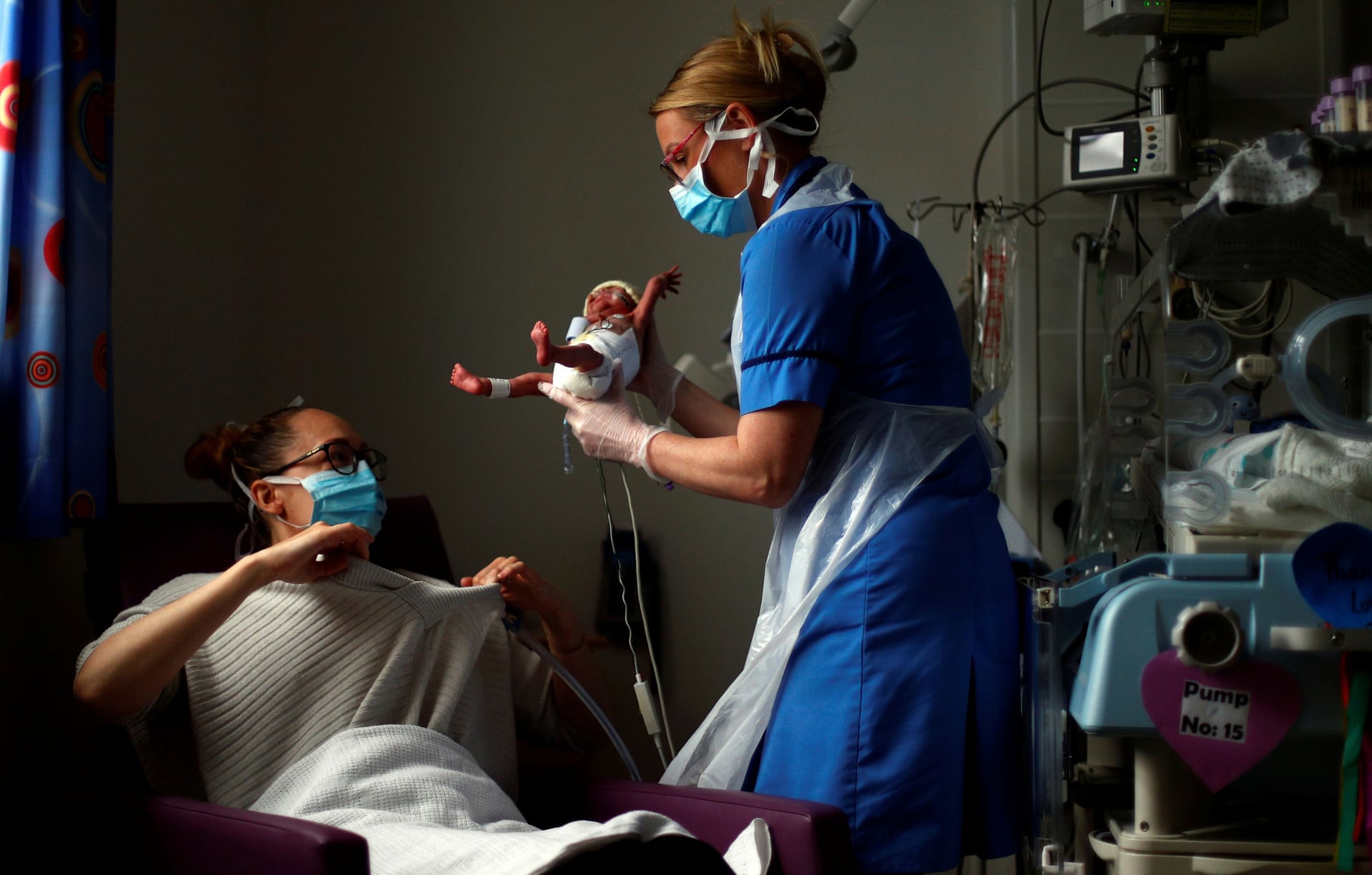 1) Combat aircraft fly in formation above a monument during an air parade on Victory Day, which marks the anniversary of the victory over Nazi Germany in World War II, in central Moscow, Russia, on May 9, 2020. Photo: Tatyana Makeyeva / Reuters

3) Protesters with long guns shelter from the heavy rain during a protest against Governor Gretchen Whitmer’s extended stay-at-home orders to slow the spread of the coronavirus disease (COVID-19), at the Capitol building in Lansing, Michigan. Photo: Reuters

4) Karle Manke, 77, cuts a customer’s hair at his barber shop which he opened on May 4th and has since been issued two citations, defying the coronavirus executive order of Governor Gretchen Whitmer, in Owosso, Michigan. Manke says he will keep his shop open and running and is encouraging customers to abide by social distancing rules and to wear masks. Photo: REUTERS/Seth Herald

6) Supporters gather outside the warehouse of medical equipment distributor Owens & Minor prior to a visit by U.S. President Donald Trump, in Allentown, Pennsylvania. Photo: REUTERS/Jonathan Ernst

7) On Friday, Peace Officers Memorial Day, First Lady Melania Trump lit the White House blue in honor of the law enforcement officers who have lost their lives in the line of duty. Photo: Facebook

8) An Afghan security personnel carries a newborn baby from a hospital, at the site of an attack in Kabul. Gunmen stormed the government-run hospital in Dasht-e-Barchi area, killing at least 13 people and injuring 15 others. Photo: AFP

9) In this series of photos, staff members show a hospital bed made from cardboard that can convert into a coffin if needed, in Bogota, Colombia, on May 12, 2020. During the pandemic, the company ABC Displays started producing these convertible cardboard hospital beds. The inexpensive bed-coffins are lightweight and can support at least 330 pounds. Photo: Juancho Torres / Anadolu Agency / Getty

10) A police officer wears “thermal corona combat headgear” to monitor the temperature of commuters at a police checkpoint, during a nationwide lockdown in New Delhi, India, on May 11, 2020. Photo: Adnan Abidi / Reuters

11) Mary Faye Cochran sings “You Are My Sunshine” over the phone to her son Stacey Smith through a window for a Mother’s Day celebration at Provident Village at Creekside Senior Living on May 10, 2020, in Smyrna, Georgia. Photo: Brynn Anderson / AP

12) Four generations of the Sperling family from Chilliwack and Surrey (in British Columbia, Canada) and Linden (in Washington state, U.S.) gathered for Mother’s Day along the Canada-U.S. border, which is closed to nonessential travel due to coronavirus restrictions, near Langley, British Columbia, on May 10, 2020. Photo: Jennifer Gauthier / Reuters

13) Students from Allentown Central Catholic High School in prom dresses keep a social distance as their mothers take their pictures, after their prom was cancelled, in Allentown, Pennsylvania. Photo: REUTERS/Jonathan Ernst

14) Ashley Van Dorp of Abbotsford shows her mother, Susan Halewood of Blaine, Washington, a gift as the family gathered for Mother’s Day along the Canada-U.S. border, closed to non-essential travel due to coronavirus restrictions in Langley, British Columbia, Canada May 10, 2020.  Photo: REUTERS/Jennifer Gauthier

15) A graduate gets ready to pose for a picture at the empty campus of San Diego State University after the 23 Campuses of California State University system announced the fall 2020 semester will be online, effecting hundreds of thousands of students, in San Diego, California. Photo: REUTERS/Mike Blake

17) The Naked Cowboy stands alone in Times Square as Broadway theaters extended their closure due the outbreak of the coronavirus disease, in Manhattan, New York City, New York. Photo: Reuters

18) Cardboard cutouts of human beings sit at tables inside the Five Dock Dining restaurant in Sydney, Australia, on May 14, 2020. Restaurants and cafés in New South Wales are preparing to reopen with social-distancing measures in place as the state government relaxes COVID-19 restrictions. Cafés, restaurants, and hotel dining areas are allowed to reopen but can seat only 10 patrons at a time, with at least four square meters of space per person. To make patrons feel more comfortable and feel like they are having a regular dining experience, the Five Dock Dining owner, Frank Angeletta, will use cardboard customers to fill the empty space in his restaurant, along with having taped background noise simulating guest “chatter” playing for ambience. Photo: James D. Morgan / Getty

19) A dog named Izzy licks its chops as Craig Morland of Crofton, Maryland, buys a bucket of Thrasher’s famous fries on the first day of eased coronavirus restrictions for the beach and boardwalk in Ocean City, Maryland, on May 9, 2020. Photo: Kevin Lamarque / Reuters

20) A visitor dressed as a Disney character takes a selfie while wearing a face mask at Shanghai Disney Resort as the Shanghai Disneyland theme park reopened following a shutdown in Shanghai, China May 11, 2020. It was the first Disney theme park to reopen, with a strict limit on tickets. Parades and fireworks were canceled, and workers and guests had to wear face masks and have their temperatures screened. Photo: REUTERS/Aly Song

21) Personal trainer Flo Dowler leads the residents of Napier Avenue in a workout in Fulham, West London, May 11, 2020. Photo: Reuters

22) In Fuengirola, Spain, a pair of grey crowned cranes touch beaks at the zoo near Malaga. After nine weeks without visitors, the behavior of many of the zoo’s animals have changed, according zookeepers. Photograph: Jorge Zapata/EPA

23) A bald eagle takes off with its catch in Alaska. Photograph: Alan Murphy/Media Drum Images

24) A peacock leaps into the air as it battles a rival over territory on a foggy morning. The brightly coloured bird jumped almost six feet into the air before crashing down on its opponent. The fight was captured by amateur photographer Nilesh Patel, in Dudhwa National Park, India. Photograph: Nilesh Patel/Solent News & Photo Agency/Solent News

25) Snow covers trees and an old beaver pond after an overnight snowfall in Marshfield, Vermont, on May 12, 2020. Photo: Lisa Rathke / AP