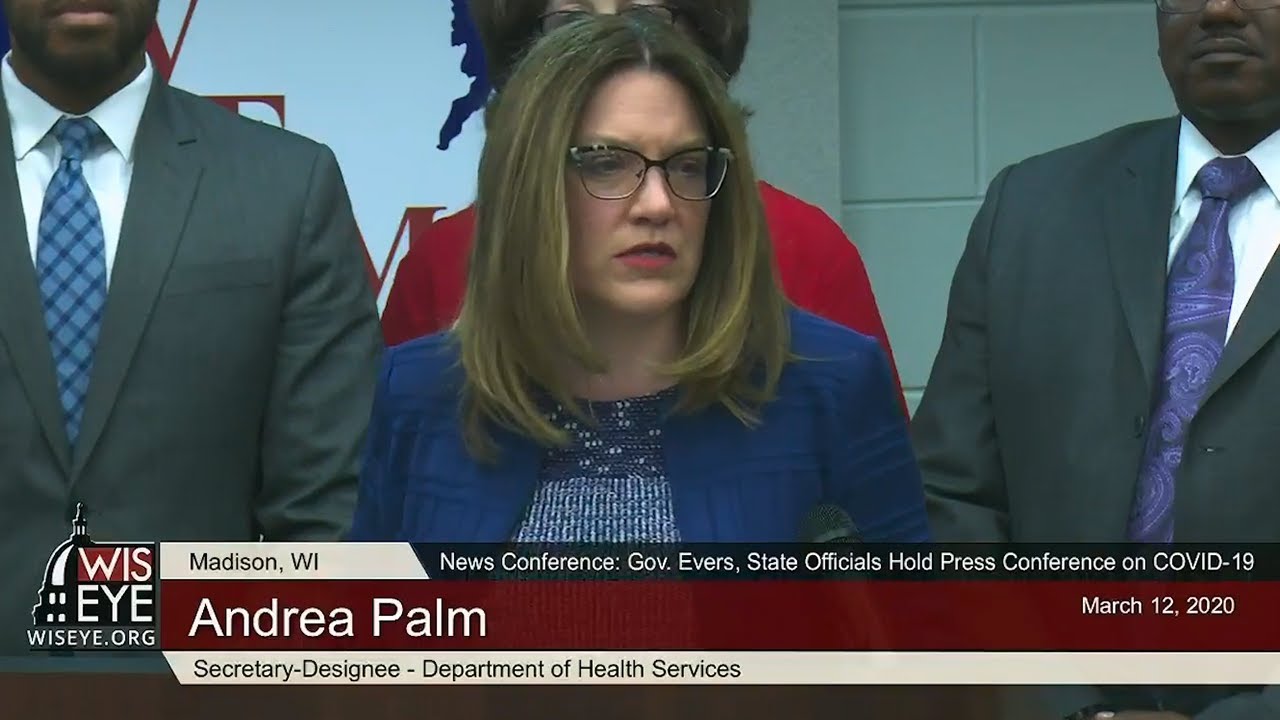 Not only did a majority of justices on the WI Supreme Court shoot down Gov. Evers’ extension of his stay-at-home order, their written opinions made Department of Health Services Secretary-Designee Andrea Palm look terrible.

On numerous occasions the justices singled Palm out for serious criticism. The written statements are an indictment of the competency of the Evers administration. Here are some examples.

We further conclude that Palm’s order confining all people to their homes, forbidding travel and closing businesses exceeded the statutory authority of Wis. Stat. §252.02, upon which Palm claims to rely. Palm’s Emergency Order 28 is declared unlawful, invalid, and unenforceable.
We also are not persuaded by Palm’s characterization of Emergency Order 28. Her assertion that “it responds only to a specific, limited-in-time scenario” is questionable and not relevant to whether Order 28 is a rule.

Palm cannot point to any procedural safeguards on the power she claims.

Palm asserts that Order 28 is not a rule, yet she also asserts Wis. Stat. §252.25 endows her with the power to create criminal penalties for violations of Order 28. Her argument stands §252.25 on its head.

Palm created the potential for a crime by Order 28. Counsel for Palm admitted as much at oral argument when he said that there was only one element that needed to be proved in a criminal prosecution for a violation of Emergency Order 28: that a provision of the order was violated. Such an argument is without legal foundation and ignores more than 50 years of Wisconsin law.

Palm was in error to assert that she was not required to comply with rulemaking procedures.

Palm skips over this obvious overreach.

She cites no authority for this vast seizure of power.

Because Palm did not follow the law in creating Order 28, there can be no criminal penalties for violations of her order.

The people of Wisconsin never consented to any elected official, much less an unelected cabinet secretary, having the power to create law, execute it, and enforce it.

However well-intentioned, the secretary-designee of the Department of Health Services exceeded her powers by ordering the people of Wisconsin to follow her commands or face imprisonment for noncompliance.2In issuing her order, she arrogated unto herself the power to make the law and the power to execute it, excluding the people from the lawmaking process altogether.

Under the Wisconsin Constitution, government officials, whether elected or appointed, are servants of the citizens, not their masters. Endowing one person with the sole power to create, execute, and enforce the law contravenes the structural separation of powers established by the people.

It is insufficient for the DHS secretary-designee to point to the legislature’s statutory delegation of lawmaking power as the source of her authority to dictate how the people must conduct their lives, without considering the constitutional ramifications of such a broad statutory interpretation——namely, the threat to the liberty of the people.

Court: [T]he Secretary can identify behavior that is not otherwise criminal and…she can all by herself sit down at her computer keyboard, write up a description of behavior and make it criminal, correct?….State’s counsel: Yes. The scope of available enforcement is determined by the order. Yes….That’s true.

In Wisconsin, as in the rest of America, the Constitution is our king——not the governor, not the legislature, not the judiciary, and not a cabinet secretary. Fear never overrides the Constitution. Not even in times of public emergencies, not even in a pandemic.

The Secretary’s view of the statute is, essentially, that the Legislature charged her with the vague aspiration of controlling communicable diseases, and then left to her the responsibility of making the public policy decisions that she would then execute. If her authority is that boundless, there is no method by which we can determine what power she might assert next. The Secretary understands the scope of her power under Wis. Stat. §252.02 to be so complete, so comprehensive, that she can do literally anything she believes is necessary to combat COVID-19. Can she also dictate what we do in our own homes? Can she tell us how many hours we can spend outdoors in our own yards? Can she forbid us from buying certain products? Compel us to buy others? Indeed, nothing in §252.02——the sole and sufficient source of power for everything the Secretary is doing——gives us any benchmark or even the vaguest of clues about what other types of power she might one day assert.