On the morning of December 7, 1941, Doris Miller was a soldier on the West Virginia stationed near the USS Arizona.  Instead of collecting the morning’s laundry, Miller carried wounded shipmates from his blazing battleship after it was hit by enemy fire. He fought the flames as they erupted on the vessel and then manned a .50 caliber machine gun to swat away Japanese planes.  His heroics were portrayed by Cuba Gooding in the 2001 Disney film, “Pearl Harbor.”

Miller would later tell his brother that “with those bullets spattering all around me, it was by the grace of God that I never got a scratch.”

Miller had absolutely no training in the operation of a machine gun.

“It wasn’t hard,” he said. “I just pulled the trigger and she worked fine.”

The ship’s communications officer, Lt. Cmdr. Doir C. Johnson later remembered Miller “blazing away as though he had fired one all his life.” 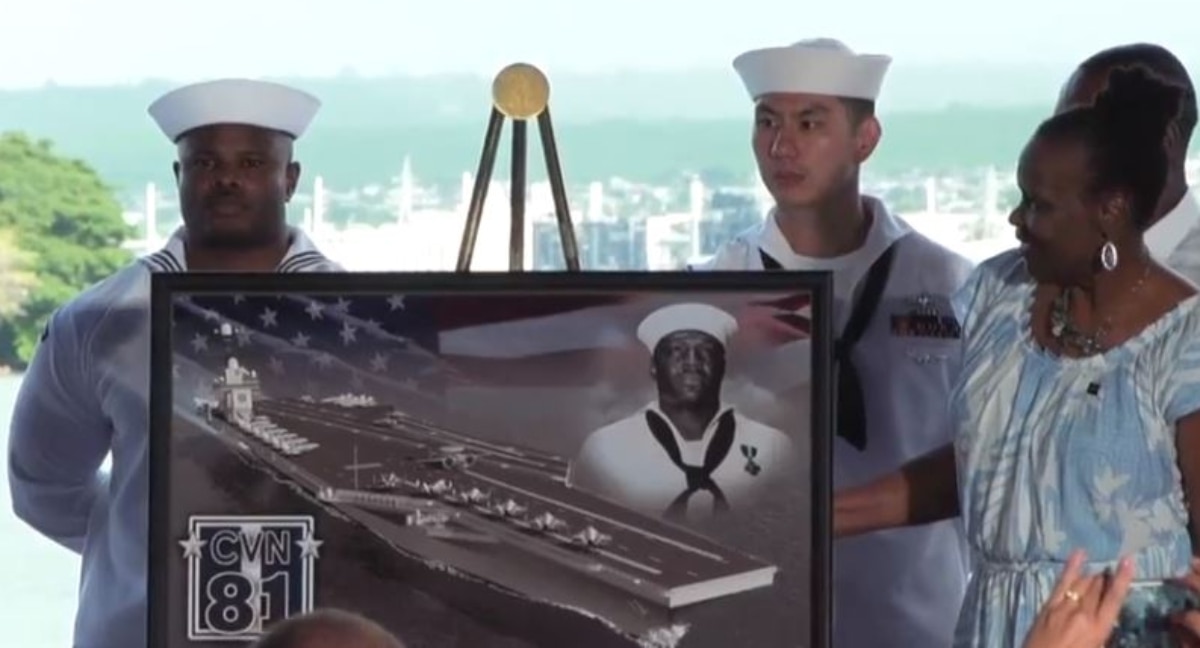 On MLK Day Monday, members of Doris Miller’s family gathered around a portrait honoring the hero of Pearl Harbor and the future aircraft carrier that will bear his name. It was the first time the Navy named an aircraft in honor of an African American. Photo: Department of Defense.