Come December there are all kinds of news stories about whether giving a dog as a gift for Christmas  to a youngster is a good idea. The general consensus is, it’s not.

In 2005 Katz produced a column for Slate.com that read in part:

Why is a Christmas dog a mistake?

First, because no animal should be a surprise. The arrival of a dog changes a household considerably—for years. Someone has to take responsibility for their daily needs—feeding, exercise, health care, grooming. The decision should be thought about, talked about, negotiated. A new dog, not necessarily a puppy, either, should be the result of a process, not an impulse.

Kids can be unreliable; kids change. The puppy melts their hearts for a few days or weeks. But then it needs to be walked every day (in the rain). It needs careful attention to its feeding and eliminating if it’s going to be housebroken effectively. It needs to be taught not to jump on Grandma. The kids oohing and aahing under the tree will soon move on to IMing and texting their friends.

PetMd.com sums it up nicely.

Above all, don’t get swept up in the excitement, forgetting that pets are lifelong commitments as new members of your family. This shouldn’t be a snap decision that’s made in the spirit of the holidays.

And yet who knows how many folks will forego and ignore this advice instead of simply waiting till later.

Kids, however, do have a scientific argument they can resort to in order to convince their parents there should be a pet under the Christmas tree.

Those highly intelligent researchers at Johns Hopkins Medicine have just released study showing that exposure to pet dogs before the age of 13 may reduce the chances of developing schizophrenia later in life.

Here’s what the researchers did. They examined 1,371 women and men between ages 18 and 65, including 396 people with schizophrenia and 381 with bipolar disorder. Participants in the study were asked if they had a pet dog or cat during their first 12 years of life.

The results:  People who were exposed to a pet dog before their 13th birthday were as much as 24% less likely to be diagnosed later in life with schizophrenia, a chronic brain disorder with symptoms that include delusions, hallucinations, trouble with thinking and concentration, and lack of motivation. There is no cure.

But hey, kiddo, that new pet may not happen just yet. The researchers say more study is needed.
—-Jennifer Fischer

In last week’s Barking Lot Jennifer blogged about the value of reading to dogs. Here’s a nice update.

That puppy in the window could make you sick, a US health agency warns.

Dogs are children for a growing number of Americans—and that’s putting new pressures on pup-friendly space.

Dogs in cars: Getting there safely.

Four Guys Asked Their Neighbor If They Could Walk Her Dog. They Got A Letter Back From The Dog.

NYT Opinion: Do you mind if I pet your dog?

I went to a Christmas dinner for dogs, and it made me realize therapy pets aren’t just for nervous fliers.

And we’ve got a bunch.

Firefighters are known for rescuing cats out of trees. But German Shepherds? Lathrop Manteca Fire District in California shared photos. Firefighters were called to rescue a dog that chased a black cat up a tree.

He appeared to have been rescued safely. The department wrote: “Glad to hear that all turned out well for this pooch, and we are all pretty sure he’ll think twice about chasing cats up the next tree.”

“I have done pictures of the dogs previously, dressed up for Christmas on the sofa and thought, ‘I need to top them’. So I thought I’d do it on the stairs this year. I thought that’s a challenge, so I had to go one better to prove people wrong with the dogs all dressed up ready for Christmas. I thought it would be funny to see them all dressed up in their little outfits,” said Beach.

“It took about 45 minutes to get the picture, because when the dogs were dressed in their outfits they thought it was time to go walking and all went crazy running around the house. So, I had to calm them down before putting them on the stairs.

“Once they were on the stairs it took ten minutes to get the picture using a squeaky ball and a bag of treats this time around.

“It was a harder picture to get this year because they thought it was walkies. After a while on the stairs with their jumpers on they began to fall asleep so I had to work hard at keeping them awake and looking at the camera.

“People are absolutely loving the picture and commenting how amazing it is and how they are envious of me and that I am lucky having so many.”

Surf Dog Ricochet and her kid sister Cori  have both been featured on The Barking Lot.

And they’re back. Take a look!

First, a closer look at the bomb-sniffing dogs keeping Detroit Metro Airport safe is in this website story. Watch.

Now a memorable scene from a 1990 Disney movie:

Jessica Paulsen and her service dog Henry, both from Nashville, recently visited Disney World’s Animal Kingdom, where Henry met a costumed cast-member dressed as Dug from “Up” — and could barely contain his excitement.

Henry, who currently has 111,000 followers on Instagram,politely approached and nuzzled both Dug and a cast-member dressed as Russell from the 2009 animated film.

We first met Henry on The Barking Lot in June of this year. In case you can’t remember…

This is a fun video featuring Nashville service dog Henry along with his handler, Jessica Paulsen in Walt Disney World. Paulsen used the trip, and many others, to teach Henry how to interact with crowds.

“Your relationship can become stagnant and you can begin to miss the personality of the animal that is right by your side,” Paulsen wrote in an Instagram post. “This is when I know I need to invigorate our relationship and our training.”

Paulsen has postural orthostatic tachycardia syndrome, a condition that triggers a rapid heart rate, fainting and light headedness. Henry helps warn Paulsen when her blood pressure is getting too low and also alerts those around her if she’s going to faint.

AND FINALLY, the latest naughty dog. 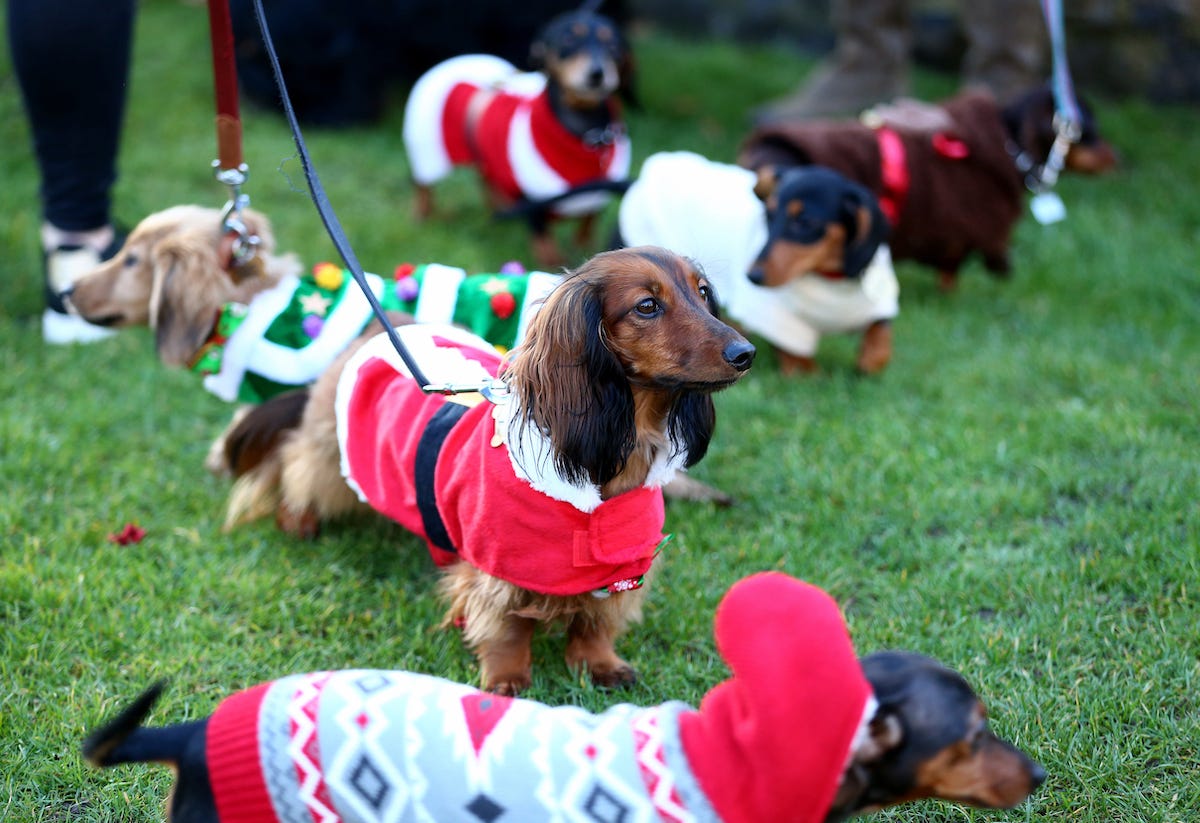