Been listening to Christmas music on the radio, have you?

Elvis was controversial back then and so was this LP.

One of his backup singers in the Jordanaires told the King he couldn’t be doing Christmas songs that way. Elvis’ response? “You let me worry about that.”

“Elvis has prepared a surprise package for the nation that is likely to be the most serious menace to Christmas since ‘I Saw Mommy Kissing Santa Claus.'”
TIME magazine

Variety reported that KEX radio in Portland program manager Mel Bailey  “had forbidden all KEX jockeys to play the RCA Victor platter because he felt that this treatment of the song is in ‘extremely bad taste.” The station’s all-night disk jockey, Al Priddy, was fired for intentionally playing Elvis’s recording of “White Christmas” on the air in violation of station policy.

Radio station CKXL in Calgary also banned Elvis’s album. “Presley’s latest release has, we feel, no place on our station,” said a CKXL spokesman. “We have the album for audition—it speaks for itself. Presley sings the Christmas songs exactly as we expected he would. It is one of the most degrading things we have heard in some time.”

So much for the critics. The album has sold 20 million copies.

Elvis’ second and final Christmas album released during his lifetime… 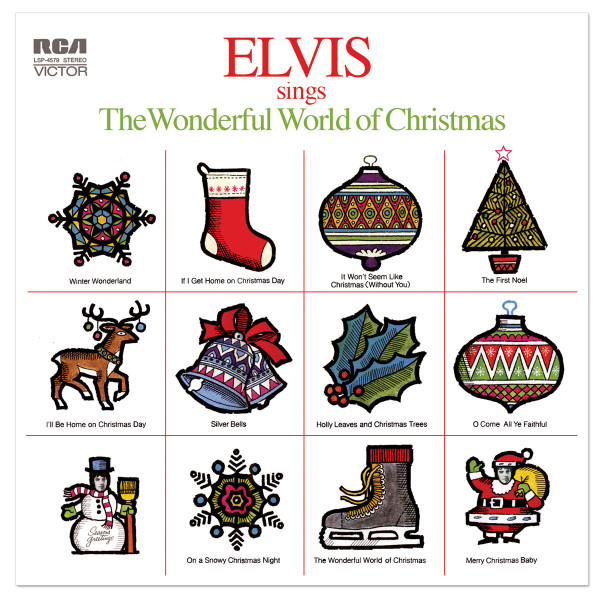