Tonight, the albums your father had that you thought weren’t cool…..

More sounds of the seasons, wrapped with Christmas cocktails.

We take you inside music from the Ultra-Lounge series, described by the record company as:

“An era batted in gimlets, hi-balls, straight up, on-the- rocks, shaken not stirred, hi-octane elixirs dressed in garish garni. A time viewed through the seductive daze of slow-burning lipstick-kissed cigarettes that end up dancing ashtray dancing with cigar stubs and cherry stems. The atmosphere mambos to the soundtrack of cool. Rumbling saxophones. Jazzy vibes, over-heated Hammonds, and the sexy chill of a brush a cross a cymbal. So pour yourself a cocktail, slip off your shoes, shuffle across the shag to your favorite easy chair and enjoy an intoxicating taste of the Ultra-Lounge.”

“Ultra-Lounge” is a series of 1950’s to 1960’s lounge music cds released by Capitol Records. It’s our feature tonight.

From the back cover notes of Christmas Cocktails-Part Two:

“Another Round Of Cool Holiday Spirits. Christmastime is here again and Santa’s mixed up another batch of intoxicating hi-fi holiday highballs, cooler than Jack Frost’s smile and sweeter than a candy cane swizzlestick. If these 18 hot chestnuts don’t jingle your bells, then you’re Scrooged, man. Fruitcake!”

That was from Christmas Cocktails Part Two.

We move to the first installment of the series. From the back cover notes:

“Hi-Fi Holiday Cheer From Santa’s Pad. It’s Christmastime and we’ve gone north for the holidays (North Pole that is!). These eighteen hot toddies will surely melt your snowcone. So deck the halls, spike the eggnog and hang the mistletoe, you’re in Yulesville, baby! Ho-Ho-Ho. Cheers!”

“The music captures the sultry, and sexy side of the 1950’s and early 1960’s. It’s kind of like a Mad Men soundtrack with a bit of jingle thrown in.

“All the women singers on this collection purr their songs, while the men croon like velvet and the big bands belt it out as only bands from that era can.

“The other great thing about this set is the variety of artists on the CD’s. You get classic Dean Martin and Nat King Cole singing some of their Christmas standards, but then you also get Lou Rawls, of all people, adding his own brand of swing to the mix. They’re the perfect CD’s for a Christmas party, and take the worry out of creating a mood for your get together.”

This ensemble has been highlighted in the past on our Friday night feature. Who knew an orchestra could be so cool.

“A perfect martini-and-mistletoe combo, Christmas Cocktails will gaily seduce you with its bevy of nostalgic and occasionally campy holiday fare. This CD features Christmas music from the 50s and 60s that would have been considered to be ‘adult pop’ at the time. That is to say, pop music for adults, instead of teenagers. In short, if you like lounge music–and especially pop Christmastime music from the 1950s and 1960s–you have got to get this album. It’s worth every penny you’ll spend on it. Overall, if you want some swingin’ lounge music for your Christmas party–whether there be cocktails served or not–you truly can’t afford to go without this fine CD. It’s chock full of great performances and I predict you’ll be listening to it over and over again.”

The Capitol Studios, Studio A

This series features artists like Peggy Lee, Julie London, Kay Starr, Nancy Wilson, Lou Rawls, Dean Martin, and Nat “King” Cole. It is worth your purchase since you won’t hear most of these tracks if any on your FM radio.

We close with Fred Waring. 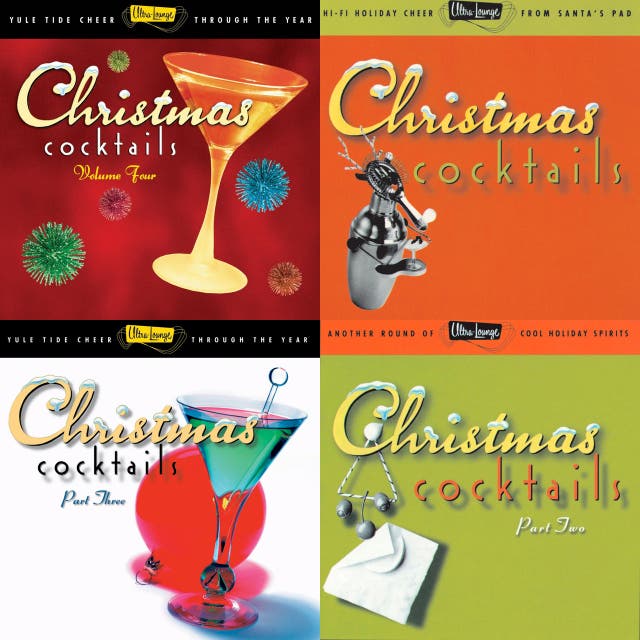 One thought on “Goodnight everyone, and have a Christmas cocktail this weekend!”