This week Culinary is enjoying the holiday off. But here’s a previous Culinary worth seconds. From October of 2015:

In 2003, the National Opinion Research Center at the University of Chicago conducted the first national study measuring altruism and empathy.  The study asked about 15 different acts of altruism, including talking with someone who is depressed, helping with housework, giving up a seat to a stranger, giving money to a charity, volunteering, helping someone find a job, or helping in another way, such as lending money. The key finding was that Americans on average give selflessly of themselves more than 100 times a year.

The Wall Street Journal reported, “Americans gave a record amount to charity in 2007, topping $300 billion for the first time, despite mounting economic worries.”

Arthur Brooks, an expert on philanthropy and a professor at Syracuse University’s Maxwell School, calls the United States, “a land of charity,” and considers charitable giving and volunteerism the signal characteristic of Americans.

But have times changed? Are we as a society less altruistic, less prone to do what is right simply because it’s the right thing to do?

So what does this have to do with this week’s Culinary? 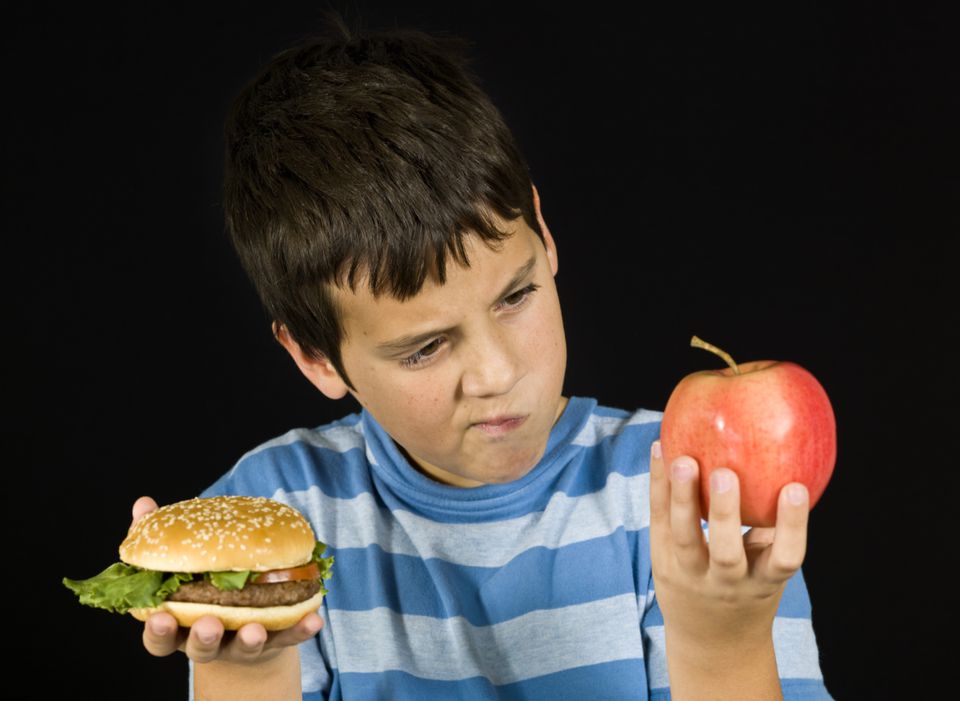 What a dilemma for parents: getting their kids to eat more fruits and vegetables. Despite their obvious health benefits, these foods aren’t eaten enough by children.

What are Mom and Dad supposed to do? The latest solution comes from here…

Researchers at Utah State University did an experiment in six Utah elementary schools. The study included 882 students offered prizes for eating more fruits and veggies, 640 children who were praised by teachers for doing this and a third group of 770 kids who didn’t get any recognition at all based on their food choices.

After three days researchers began to add rewards or praise to the children assigned to the group offered prizes. This went on for 16 days. All of the kids got hand stamps if they accepted the fruits and vegetables, and another hand stamp if they ate each serving. After lunch, teachers gave cash to some students with four stamps and praised others. A control group of students received the same portions of fruits and vegetables but didn’t get cash or praise.

Compared with students who didn’t get any incentives, students who got prizes increased their fruit and vegetable consumption by 0.32 cups, while kids who received praise consumed 0.21 cups more.

For another three months teachers tracked the students’ progress and continued to offer prizes to one group and praise to another.

Rewards then came to a halt. No more prizes. No more cash incentives.

Six months later, what did researchers discover from studying the students’ lunch trays?

“The rewards can be used to encourage children to repeatedly try fruits and vegetables, and there is some evidence to suggest that repeatedly tasting novel foods increases their acceptability,” said study co-author Greg Madden, a psychology professor at Utah State University.

So it’s come to this.

“The children still need strategies for managing healthy eating choices outside the cafeteria and when the rewards stop,” said Samantha Heller, a nutritionist at New York University’s Center for Musculoskeletal Care and Sports Performance who wasn’t involved in the study.

“Parents are often misguided about incentives,” said Brigham Young University economics professor Joe Price.  “We feel a sense of dirtiness about a bribe.But rewards can be really powerful if the activity creates a new skill or changes preferences.”

“It’s great to know, in this case, the trick seems to stick for a while,” said Deborah Gilboa, M.D., a Pennsylvania-based pediatrician. “But we also need to build internal motivations for health. Eating vegetables is just one small part of healthy living, and we don’t want to create a reverse menu where we are paying for each healthy choice.”

I concur with Dr. Andre Weil, a world-renowned leader and pioneer in the field of integrative medicine, the founder and director of the Andrew Weil Center for Integrative Medicine at the University of Arizona.

“The secret may be serving fruits and vegetables at dinner and actually sitting down for a family meal. A new study from England’s University of Leeds found that youngsters who eat with their parents take in 1.6 more servings of fruits and vegetables than kids from families that don’t dine together,” said Weil.

“Another helpful strategy: cutting up fruits and veggies for your kids and making sure that they see you eating fruits and vegetables, too,” Weil added.

“Bribery doesn’t teach kids to be the people we want them to be — nor does it create the generation we want to raise or employ or have run the world,” she adds. “I’m not saying you never do it, but it’s a last resort.”