We normally end the blog with a video, and we will today. But we’re also going to begin with one. Watch.

OK. Were you laughing? Or were you ready to scold Poncho?

You’ll notice the owner was mighty calm. He didn’t raise his voice to Poncho. But could you blame him if he did react angrily?

If dog owners are honest they probably would confess that they’ve yelled at their pets, especially during those naughty times. A new study says that’s not good, that you should never yell, or otherwise punish, not even when…

An international team of researchers has just released the results of what is considered the first comprehensive and systematic study to evaluate and report the effects of dog training methods on the welfare of companion dogs.

In short, what is the effect on dogs like the ones in the above video when they are punished for ripping that pillow apart as opposed to training that is based on rewarding the dogs.

Here’s what the researchers did, and regular readers know this stuff fascinates me.
Dogs from reward-based training schools, 42 to be exact, were recruited. These schools use food or play to get the dogs to exhibit good behavior. Another 50 dogs were taken from programs that utilize negative reinforcement, like yelling leash-pulling, as well as pushing on their butts to get them to sit.

During the training the dogs were videotaped. Their saliva was tested before and after the exercises with researchers specifically looking for a particular stress hormone (cortisol).

Dogs from the programs that utilized negative training methods demonstrated more stress like lip licking and yawning. They also had higher levels of cortisol in their saliva than when at home. Meanwhile, dogs in the reward-based training group showed no changes in cortisol levels during training or at home.

The study DID NOT conclude what method is most effective at dog training. It did suggest that reward training is much better for your dog’s happiness.

Marc Bekoff, an evolutionary biologist at the University of Colorado in Boulder was not involved in the study. He does offer this opinion.

Reward-based training “may take time, but so what? At least the dog isn’t living in fear or constant stress.”
—-Jennifer Fischer

Veteran offers up his Purple Heart to military dog hurt in Baghdadi raid.

Should We Stop Keeping Pets?

Owner says, dog brought back to life after being dead for 10 minutes.

Here in Milwaukee, dog lovers lined up to adopt a 14-year-old sad-eyed collie that came in as a stray.

This brewery is featuring adoptable dogs on beer cans.

Did you know this is Saving Senior Dogs Week? They make great pets.

I Spent the Day With an Airport Therapy Dog and It Was Shockingly Cute.

Meet the real dogs of Disney’s new ‘Lady and the Tramp.’

20 gifts for those who love dogs more than people. 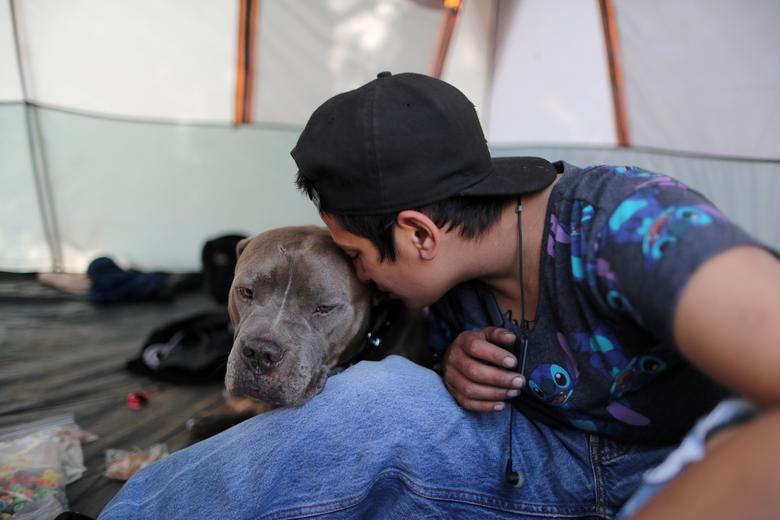 Christina Bojorquez, 26, who is homeless, sits inside the tent in which she lives with dog Ordo in Los Angeles, California. REUTERS/Lucy Nicholson

A study by the U.S. Centers for Disease Control and Prevention found that veterinarians run a higher risk of dying by suicide than the general population: 2.1 times higher for male veterinarians and 3.5 times higher for females. There are more than 73,000 veterinarians in private practice in the United States, and around 60% are women. Pictured: Dr. Carrie Jurney of the Jurney Veterinary Neurology. Photo: NPR

Pretty serious photos this week. How about an image that’s a bit cheerier?

The largest Belgian Malinois breeding and training facility in the country is in Capitan, New Mexico. That’s where a trainer is concerned about the spike in demand for the breed. KOAT-TV reports.

And one more video… 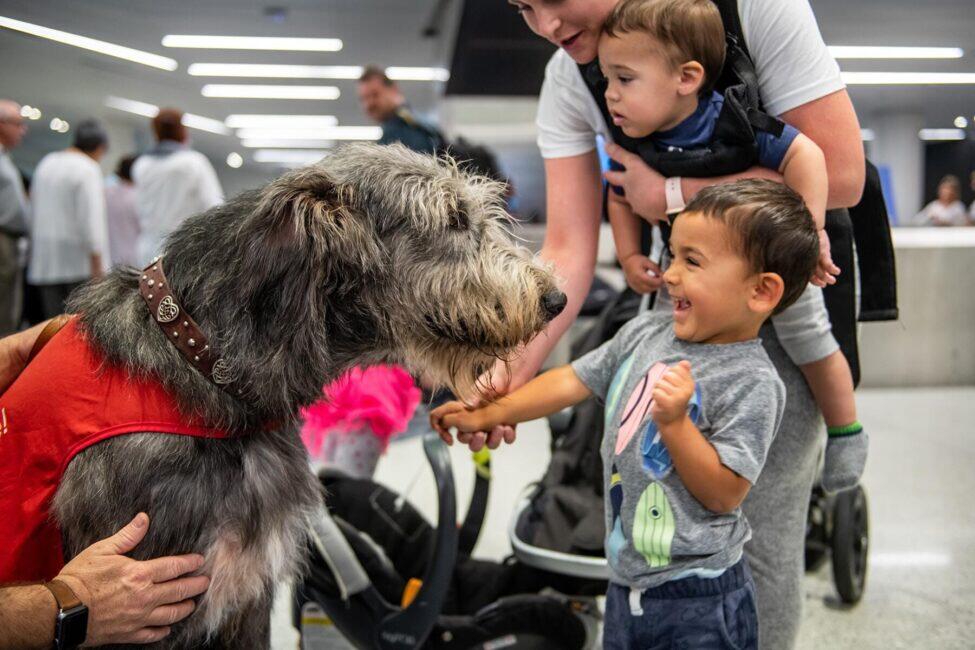