Halloween 2019 in SE Wisconsin will be talked about for a long time.  We had our share of awful weather last winter season of course.  But even the Polar Vortex waited until after Christmas.  Trick or Treaters needing boots and hand warmers?  Really?

A dear friend/coworker posted some adorable photos of her dog Finn enjoying yesterday’s crazy snowfall.  He was covered in the white stuff, running around like mad, and finally snuggled in with his fuzzy blanket.  When I talked to her this morning I told her how much we enjoyed her pics.  She said snow is his favorite thing and he simply couldn’t get enough of the white stuff.  (Personally I don’t agree with Finn on this one even though I love him dearly.)

Thinking back, my Springer Spaniel was the same way.  She would play outside as long as we let her and did her best to “refuse” to come in despite snow-packed paws and frosty ears.  She didn’t enjoy the thawing of her paws and I can still remember the clickety-clack of icy fur on our kitchen floor.  It wasn’t that bothersome though because she’d beg to go back for more every chance she had.

What is it with these silly dogs?  Why do they love snow so much?  Picture me shaking my head in disgust saying “I have no idea.”  But if you ask some canine scientists like Julie Hecht had the opportunity to, you’ll get some insightful responses.

Again, I love Finn.  And almost ALL dogs.  But I think the snow-loving ones are a bit addled.  I’m glad to see he came to his senses later:

What it takes to become a U.S. Special Forces dog.

Thousands want breed of ‘hero’ dog in al-Baghdadi raid, but…

George H. W. Bush’s Former Service Dog Sully to Be Honored with His Own Statue in Texas.

In Chicago, Labrador sworn into office: ‘Hatty’ will help young children cope in the courtroom.

Coco is a miracle dog.

I don’t think Dear Abby has ever made an appearance on The Barking Lot. This week we make an exception.

Woman Transforms Rescue Dog’s Crate Into The Cutest Space Ever.

Wonder what your dog would look like as a cat? There’s this tool. 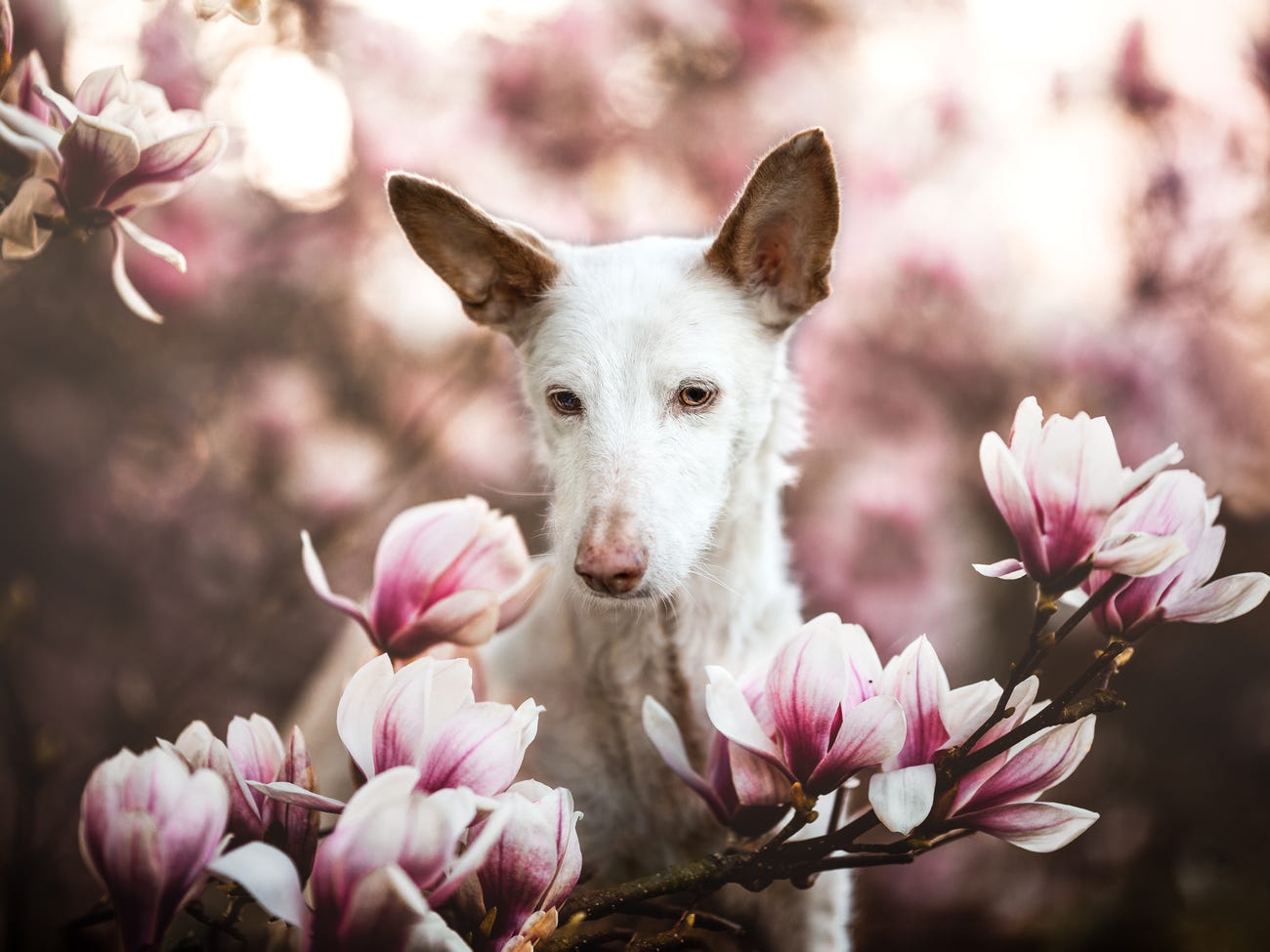 Every year, the Kennel Club honors dog photographers from all around the world by holding the Dog Photographer of the Year contest. This year’s overall winner and first-place winner of the Oldies category was “Dreaming Merlin,” taken by Denise Czichocki of Switzerland. Oldies is a category highlighting canine senior citizens.

“I was lucky to find this beautiful magnolia tree near my home in Switzerland, said Czichocki.  “And still more lucky to get the chance to take photos of wonderful dogs in these magnolia. Merlin was one of them. He is a 14 year old Podenco rescued from a shelter who is happy to live his life since two years in a lovely home in Switzerland. It wasn’t easy to take photos of him because of his absolutely deafness. So I couldn’t work with noises to get his attention…afterwards it wasn’t necessary. He gave me so many beautiful moments as you can see in this picture. This is Merlin, beautiful, dreamy and kind of wise. A wonderful old dog with so much charisma.”

The runner-up in the Dogs at Play category… 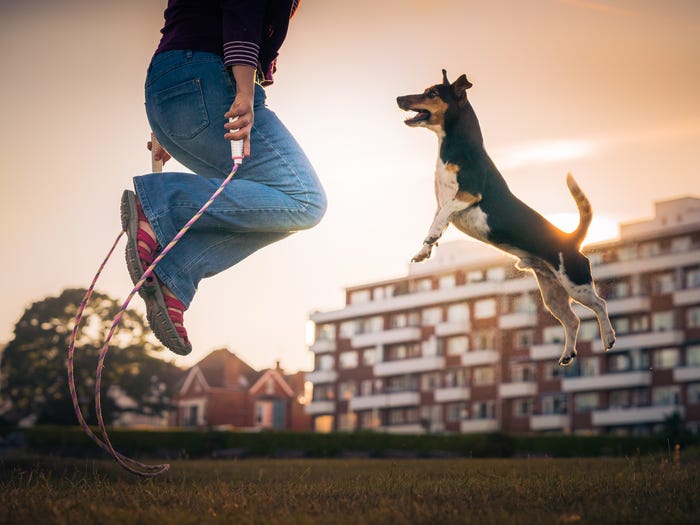 “The girl you can see in the picture is Kathleen and her dog is called Rebel,” said Kecskes. “She is actually a trainer. She teaches tricks to dogs. We live in the same town but met on social media. I saw her videos of doing these awesome tricks with her dogs and I just knew that I had to photograph them. I was particularly interested in the skip roping trick. I think the most challenging part was to find the right focal length and angle to capture them in a way that really showed how awesome was what they were doing. I love shooting against the sun. You lose some details and a bit if sharpness when you bring the shadows up, but for me it’s worth it, I just love the atmosphere of those shots.”

See and read about all the winners here.

A Barking Lot reader’s morning walk with her pet, before the snow fell.

And here’s a whole bunch of dogs in action.

More on that hero dog that goes by the name Conan.

And opening in theaters this week, Swifty the fox discovers a devious plan by Otto Von Walrus to drill beneath the Arctic surface to unleash enough gas to melt all the ice. With help from his friends — an introverted polar bear, a scatterbrained albatross, a crafty fox and two paranoid otters — Swifty and the gang spring into action.