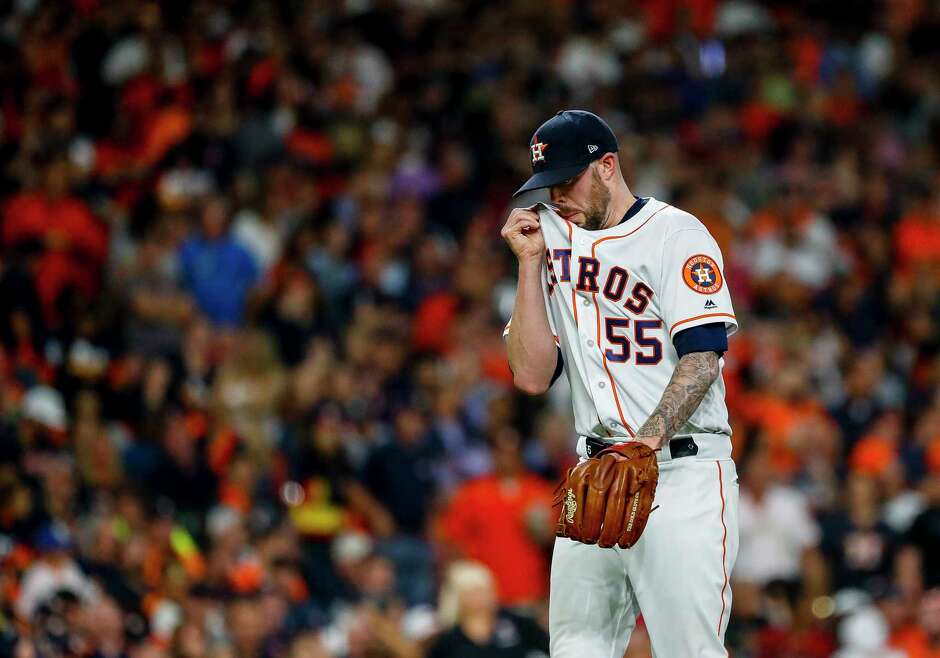 Ryan Pressly and the Houston Astros took it on the chin in a 12-3 loss in Game 2 to fall into a 2-0 hole in the World Series against the Washington Nationals. Only three teams have rebounded to win after dropping the first two games at home. Photo: Karen Warren, Houston Chronicle

According to WhoWins.com, MLB teams to go up 2-0 in best-of-seven series have historically went on to win those series 84 percent of the time. Road teams to do it have won roughly 89 percent of those series. So, empirical data suggests the Nationals have greater than an 80 percent chance at winning the World Series. The Astros, conversely, are at less than 20 percent.