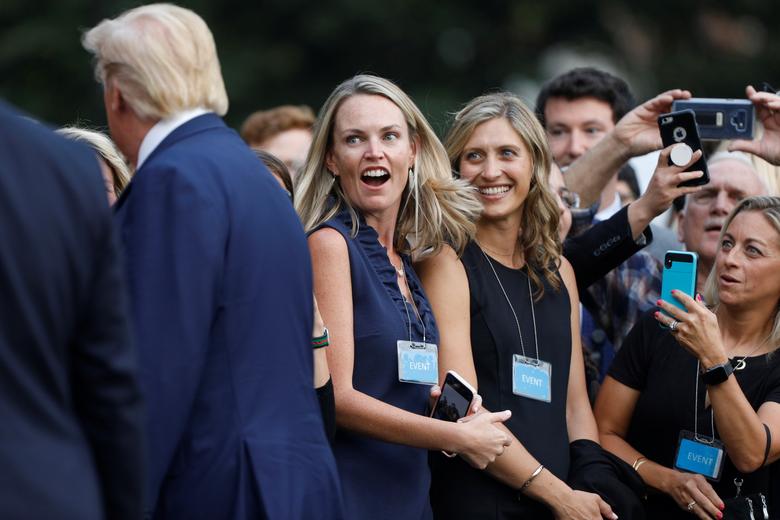 1) Brandt Jean hugs former Dallas police officer Amber Guyger after she was sentenced to 10 years in prison for murdering his older brother Botham Jean, in Dallas, Texas, October 2, 2019. “I forgive you, and I know if you go to God and ask him, he will forgive you. I’m speaking for myself, not my family, but I love you just like anyone else,” Brandt Jean told Guyger. The two then embraced for about a minute. Photo: Tom Fox/Pool via REUTERS

2) French soldiers stand guard near Paris prefecture de police (police headquarters) on Oct. 3, 2019 after four officers were killed in a knife attack. A man wielding a knife stabbed and killed four officers in the heart of central Paris before being shot dead.  Photo: BERTRAND GUAY, AFP via Getty Images

4) In the West Bank a Palestinian child stands on the rubble of a building demolished by Israeli bulldozers. Photograph: Abed Al Hashlamoun/EPA

5) An activist from the Free the Louvre collective participates in a performance at the Louvre in Paris. About 20 activists plunged their hands into a sticky black material resembling oil, smearing it on the windows of the Louvre Pyramid to show the alleged links between the largest museum in the world and giant oil companies. Photo: Sameer Al-Doumy / AFP / Getty

6) Photo released by the Colombian Navy shows the rescue of three men after a shipwreck of a boat which transported 1.2 tons cocaine. The men survived by floating on cocaine bags. Photograph: HO/AFP/Getty Images

8) Militia members march in formation past Tiananmen Square during the military parade marking the 70th anniversary of the founding of the People’s Republic of China, on its National Day, in Beijing on October 1, 2019. Photo: Thomas Peter / Reuters

10) A woman poses in a kaleidoscope during a press preview of the interactive “Tricked!: The Spectacular Illusion Exhibition” at Augustusburg Castle in Augustusburg, Germany, on October 1, 2019. Photo: Jens Meyer / AP

11) A serviceman in the Ukrainian special-operation forces poses for a picture ahead of a cybergames tournament, part of a consumer-electronics exhibition, in Kiev, Ukraine, on September 28, 2019. Photo: Valentyn Ogirenko / Reuters

12) A worker in period costume stands behind a reception desk in the main lobby of the TWA Hotel which is housed inside the former 1962 TWA Flight Center terminal which was designed by architect Eero Saarinen at JFK international airport. Photograph: Mike Segar/Reuters

13) A priest sprinkles holy water on a dog as a part of a religious blessing ceremony to honor Saint Francis of Assisi at the Saint Joan the Evangelist Church in the municipality of Escobedo, Mexico October 3. Photo: REUTERS/Daniel Becerril

14) Lowell Cafe opened in west Hollywood, the first restaurant in the US where weed can be openly consumed.  The food served will not be infused with cannabis. Diners will be offered the services of a ‘flower host’ who will advise how to pair different strains of marijuana with menu items. Photographs: Étienne Laurent/EPA and Frederic J Brown/AFP/Getty Images

19) Anthony Rendon comes across the plate  with the the go-ahead run on Juan Soto’s three-run single. Rendon scored after Trent Grisham let the ball get past him in right field. Photo: Andrew Harnik, AP

20) Orlando Arcia is dejected in the dugout after fouling out in the ninth inning of the NL wild-card game. The Brewers lost a 3-1 lead in the eighth inning as the Nationals won, 4-3. Photo: Rob Carr, Getty Images