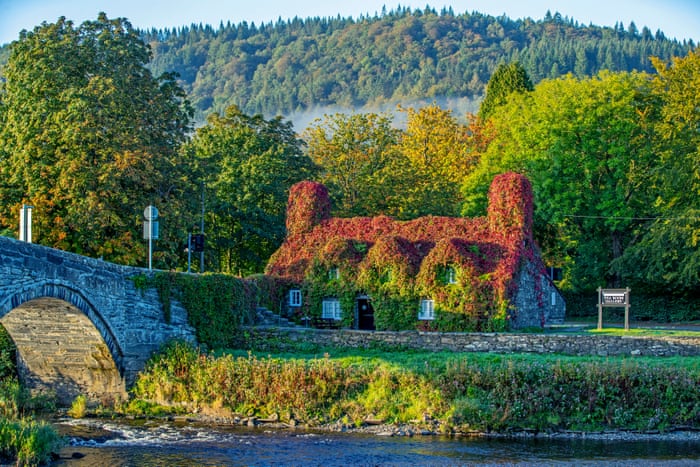 1) Willie Nelson thanks longtime Farm Aid executive director Carolyn Mugar during a news conference Saturday, Sept. 21, 2019, at Alpine Valley Music Theatre in East Troy, Wis. This is the second time Farm Aid has been held in Wisconsin in the 34-year-old nonprofit’s history. The concert was held in Wisconsin to bring a focus to the disaster facing family dairy farms in the state, where more than 1,000 have shut down since 2018. Photo: Mark Hoffman/Milwaukee Journal Sentinel

6) The crowd at Farm Aid 2019 gets into the music of Nathaniel Rateliff and The Night Sweats Saturday, Sept. 21, 2019, at Alpine Valley Music Theatre in East Troy, Wis. It was the second time Farm Aid came to Wisconsin in the 34-year-old nonprofit’s history. The event came to help put a focus on the crisis facing dairy farms in Wisconsin. Photo: Mark Hoffman/Milwaukee Journal Sentinel

7) Leah Vukmir, a former state senator who lost her bid for U.S. Senate last year, tweeted a photo of herself at a shooting range aiming a rifle and wearing a National Rifle Association hat in response to Gov. Tony Evers’ comment that he would consider legislation for a mandatory gun buyback. (Photo: Screenshot)

8) Remains of the missiles which Saudi government says were used to attack an Aramco oil facility, are displayed during a news conference in Riyadh, Saudi Arabia. Photo: REUTERS/Hamad I Mohammed

10) Felicity Huffman leaves federal court after she was sentenced to 14 days in prison following a nationwide college admissions bribery scandal, on Friday, September 13, in Boston. The “Desperate Housewives” actress also will have to serve a year of probation, perform 250 hours of community service and pay a $30,000 fine.  Photo: Reuters

12) People practice yoga at the Rio Grande at the border between Mexico and U.S with the purpose of sending a signal to change the international perspective of the border, in Ciudad Juarez, Mexico. Photo: REUTERS/Jose Luis Gonzalez.

14) Crews work to put out a fire on the field from pregame pyrotechnics before a game between the Tennessee Titans and Indianapolis Colts in Nashville. Photo: Christopher Hanewinckel-USA TODAY Sports

15) Geese take flight in front of the Jefferson Memorial as guns are fired during an official arrival ceremony for Australia’s Prime Minister Scott Morrison by U.S. President Donald Trump on the South Lawn of the White House. Photo: Reuters

17) First Lady Melania Trump greets fourth-graders during a ribbon cutting and ceremonial ride to the top, to celebrate the re-opening of the Washington Monument, after a 37-month closure to modernize the elevator control system and construct a new security screening facility, in Washington. Photo: REUTERS/Al Drago

18) A tourist takes a selfie photograph in an area forbidden to walking, overlooking the waterfalls in Gullfoss, Iceland. Photo: REUTERS/Chris Helgren

19) In Groesbeek, Netherlands, parachutists jump from a plane as part of commemorations marking the 75th anniversary of Operation Market Garden, an ultimately unsuccessful air and land offensive that allied leaders hoped would bring a swift end to the second world war by capturing key Dutch bridges and opening a path to Berlin. Photograph: Peter de Jong/AP

20) In Bangalore, India, about 250 artists have painted murals on walls to spread awareness about suicide prevention and mental health. Photograph: Jagadeesh Nv/EPA

21) The SeaBubbles water taxi glides above the surface of the Seine River in Paris in front of Notre-Dame during a test. The electric vessel gives the impression of flying over the water, and could be put into use a water taxi in several cities from next spring. Photo:  Chesnot/Getty Images. Here’s another view. Photo: AFP

22) A 16 ft sculpture of a pair of lungs has been unveiled by E.ON near City Hall in London to raise awareness of air pollution. Photograph: PinPep/Rex/Shutterstock

24) Macca, a rescued baby seal, at the Blue Reef centre in Tynemouth in the UK.  The pup was found drowning on the Northumberland coast after it became separated from its mother. Photograph: Owen Humphreys/PA

25) A parrot perches on the arm of the Netherland’s Queen Maxima during a visit to Drenthe Province. Photograph: Patrick van Katwijk/Getty Images

27) First Lady Melania Trump greeted Australian Prime Minister Scott Morrison and his wife, Jennifer Morrison, at the White House on Friday for a state dinner in shades of cool blues — a nod to the island nation’s aquatic lifestyle. For the daytime, Mrs. Trump welcomed the Morrisons in an icy blue crepe knit dress by Scanlan Theodore, the Aussie brand founded in Melbourne in 1987. The dress features billowing cocoon-like sleeves, a cinched belt and v-neck cutout, retailing for about $800. Photos: AP/Getty Images

30) Bjorn Ulvaeus makes a cameo appearance in one of his original Abba costumes from 1977 at the opening night of Mamma Mia! The Party at the O2 in London on 19 September. Photo: David M. Benett/Getty

31) The first keg has been tapped, and the beer has started flowing as the 186th Oktoberfest began Saturday in the German city of Munich. Photos: AP and AFP/Getty Images

32) An optical illusion is created as a man walks past street art in New York. Photo: Justin Lane/EPA

35) Tessa and Joey Neigum, of Madison, dance to “Roll out the Barrel” at the start of the 4th quarter during a football game between the Green Bay Packers and Minnesota Vikings Sunday, September 15, 2019, at Lambeau Field in Green Bay, Wis.  Photo: Joshua Clark/USA TODAY NETWORK-Wis

41) Wisconsin quarterback Jack Coan scores on a 24-yard run in the second quarter of the Badgers’ 35-14 win over the Michigan Wolverines in their Big Ten opener Saturday at Camp Randall Stadium in Madison. Photo: STEVE APPS, STATE JOURNAL