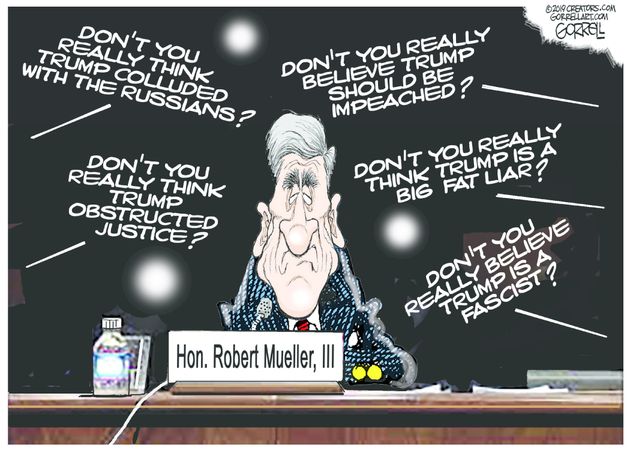 “Mueller was an extremely hesitant witness, and we now know why.  As expected, he repeatedly refused to comment on matters that were not mentioned within the four corners of his report, occasionally even declining to comment further on names and items that were mentioned.  Over and over again, he asked lawmakers to repeat their questions, appearing to be battling some combination of a hearing problem and comprehension issues.

“I feel confident that the vast majority of Americans do not care about what happened today. People had already made up their minds on this overall subject, and the game was not changed one bit by Mueller’s testimony earlier — except, perhaps, in the sense that independent-minded observers’ confidence in Mueller may have been dented.”