The 4th of July is over, but we are still in the midst of Independence Day Week. This week, we have some great selections that just ooze Americana.

You’ll love it, so let’s get started with one of our typical rousing beginnings.

Aaron Copland is one of the most famous American composers of all time. He was born in Brooklyn, New York, and went to France as a teenager to study music.

Copland wrote music with a very “American” sound.  One of Copland’s best known compositions is “Fanfare for the Common Man.” Copland wrote it after the Cincinnati Symphony Orchestra asked several composers to write fanfares during World War II. Copland’s music has become a great part of American history. He chose the title because he wanted to honor every person who worked for victory, including those who weren’t on the battlefield.

I’m sure you’re familiar with Fanfare, but if not, here’s a brief example from the Sao Paulo Symphony Orchestra. You’re bound to say, yes, yes, yes, of course I know that.

THIS, on the other hand, is a far more upbeat version of Copland’s masterpiece by James Last and his Orchestra. 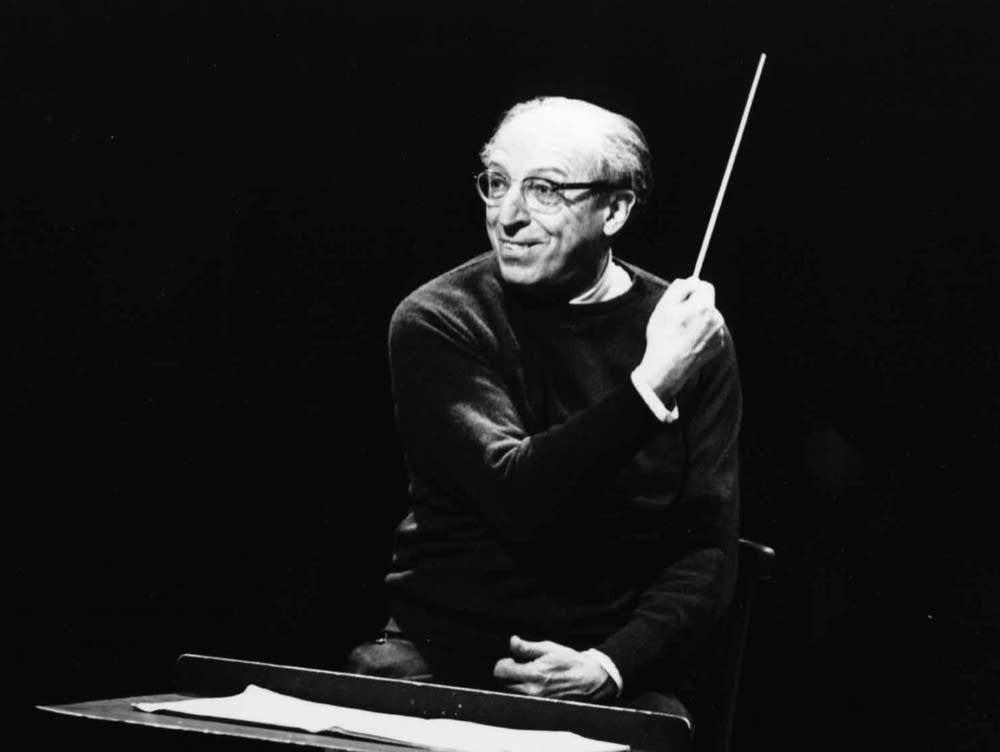 Twelve in a room in America.

Leonard Bernstein was one of the first American-born conductors to receive worldwide fame. He composed the score for the Broadway musical West Side Story.

Bernstein first played piano at the age of 10. His Aunt Clara was going through a divorce and needed a place to store her massive upright piano. Bernstein’s father refused to pay for piano lessons, so Bernstein raised his own money. By the time his bar mitzvah came his father saw enough talent that he bought his a baby grand piano.

Bernstein went to Harvard University where he studied music theory. In 1937, he attended a Boston Symphony concert. The conductor was Dmitri Mitropoulos. Bernstein was taken by Mitropoulos who enthusiastically led the orchestra with his bare hands.

The next day Bernstein played a sonata at a reception attended by Mitropoulos who was so impressed he invited Bernstein to come to his rehearsals. After spending a week with the conductor, Bernstein realized music had to be and would be the focus of his life.

The legendary composer and conductor died of a heart attack caused by progressive lung failure in 1990 at the age of 72.  Bernstein’s death followed by five days the announcement that he would retire from performing due to health problems that may have been caused, in part, by his frenetically paced schedule. A heavy smoker for most of his life, he had been suffering from emphysema, pulmonary infections and a pleural tumor.

Bernstein’s official website describes his music being “wrapped in the rhythmic propulsion of a great American urban landscape. He has left us an aural image of his time and place and, at the same time, an eternal voice of humanity.”

“I can’t live one day without hearing music, playing it, studying it, or thinking about it.”
Leonard Bernstein

Now back to the 1970’s when disco for a short time ruled popular music.

No one gave young musician Walter Murphy a chance until Private Stock Records signed him on where he produced a very contemporary version of Beethoven’s Fifth Symphony.  The recording that had to drive purists out of their minds went all the way to #1.

Murphy also put his touch to many other famous works.

“Slaughter on Tenth Avenue” was a ballet composed by Richard Rodgers that is seen near the end of “On Your Toes,” a 1936 Broadway musical comedy.

The ballet is the story about a jealous premier male ballet dancer who hires a thug to kill a rival during the premiere of a new ballet. “Slaughter on Tenth Avenue” deals with the seedy denizens who patrather at a strip joint near the New York waterfront where brawls are the norm.

A hoofer falls in love with a stripper and is discovered with her after closing time by the club’s owner, the Big Boss, who accidentally shoots her. The “corpse” of the stripper manages to pass a note to the hoofer warning him of the real murder plot. Once aware that the thug, who is sitting in one of the theater’s boxes, is planning to shoot him when he stops dancing, the hoofer keeps repeating his closing phrase until the police arrive. 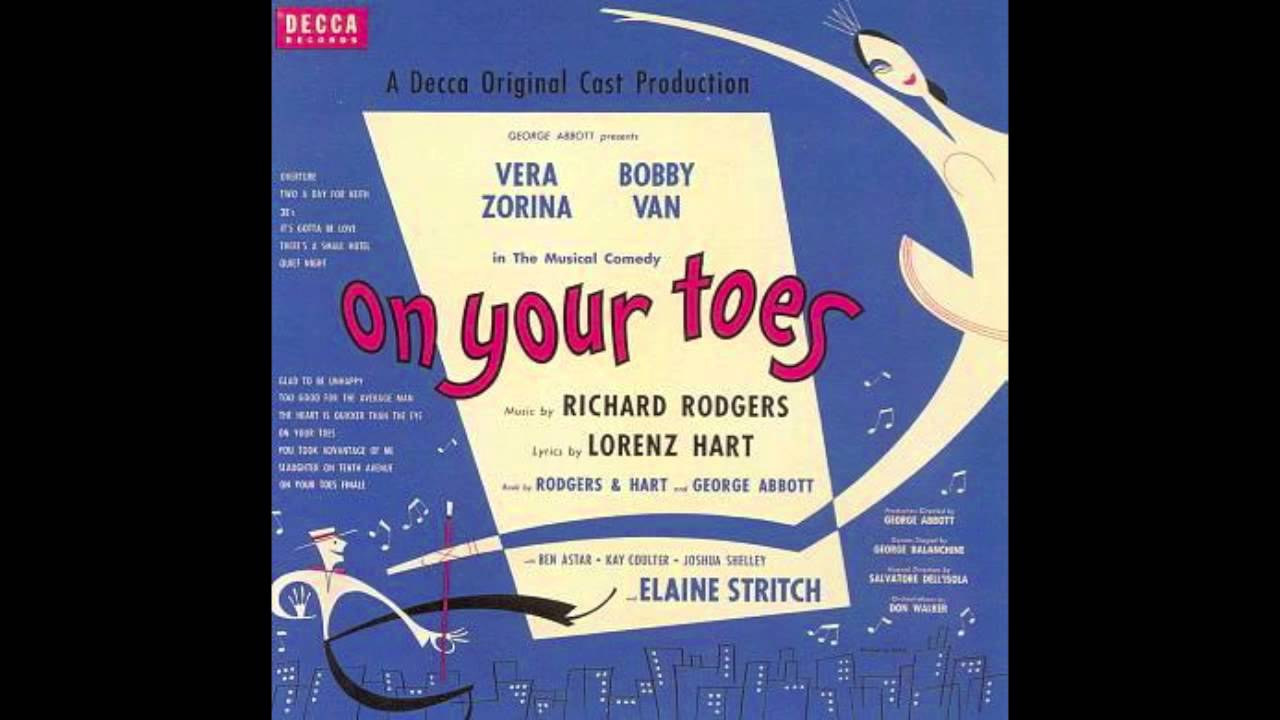 Has absolutely nothing to do with ballet.

During a PBS special many, many years ago, Milwaukee’s own famous bandleader Woody Herman noted the only true American art form was jazz. Others have probably said it as well, but it’s his quote I remember.

Bob Blumenthal of The Boston Globe wrote, “In the century since his birth, there has been no greater composer, American or otherwise, than Edward Kennedy Ellington.”

Hurry, get on now, it’s coming
Listen to those rails a-humming
All aboard, get on the ‘A’ train
Soon you will be on Sugar hill in Harlem

“Take the ‘A’ Train” was the Duke’s signature theme. But it almost never was.

Billy Strayhorn wrote it along with other Ellington songs, but would toss it in the trash, claiming it sounded too old.

This next track is from an album that’s a collection of digitally mixed and mastered compositions written by and usually associated with Duke Ellington. His son, Mercer Ellington conducts the Duke Ellington Orchestra for this project recorded in 1987. The digital updates are a crisp and clear, timeless tribute to the Duke.

Be grateful for American music.

And now for our finale. No American group has sold more records than this band. Here they are on Memorial Day in 2016 with a terrific medley. 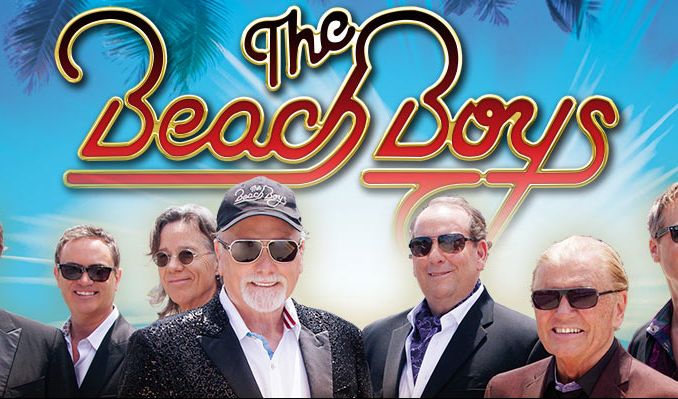 3 thoughts on “Goodnight everyone, and have a RW & B weekend!”

Leave a Reply to This Just In... From Franklin, WI Cancel reply