The court system is one of the best ways ever devised to resolve disputes, especially when they involve money. We cannot demand that judges start considering the rights and opinions of animals, who, as far as we can tell, don’t know that we still exist when we are not in their sight. And how would a judge determine the dog’s wishes? Look deeply into her eyes? See if she wags her tail?

If dogs have legal rights in custody cases, what about other animals? Should wage-and-hour laws apply to dairy cows? Can deer sue for a shorter hunting season?

In response to the Press Herald editorial Paula Gerstenblatt wrote a special column. She’s an associate professor at the University of Southern Maine School of Social Work.

Research on the human-animal bond indicates pets are considered family, and the connection equals or exceeds that experienced between humans.

According to the American Pet Products Association, 68 percent of American households have companion animals, 86 percent of households with companion animals consider pets family and overall spending in the U.S. pet industry was $69.4 billion in 2017. Pet companionship can be an essential part of a human’s healthy lifestyle, physically and mentally, often providing social support and stress reduction. Characteristics used to describe this relationship include love, comfort and protection – also associated with human family members.

Research shows the loss of a pet can be as or more difficult than the loss of a human. The decision to euthanize a pet results in feelings of guilt and a deep sense of loss once the pet is gone.

Is this a tough call? Kev, what do you think?
—-Jennifer Fischer

Thanks Jennifer! And thank you for asking.

I’d have to say no. It’s not all that difficult. Having worked for 15 years in the Wisconsin State Senate I believe the writers of the newspaper editorial are correct. There’s no question pets and their owners have quite the bond going on. But the law is explicit and the hands of judges are tied. Pets are property. That’s what judges are ruling on. Expectations were that the appeal of the first ruling would take a month or two. It took a few days because the matter was so cut and dried.

Legislatures in the states need to change the laws if they choose. Judgment calls wouldn’t be less messy, I’m afraid. But judges would have some leeway as opposed to the rather strict “pets are property” laws on the books right now.

There’s no such thing as the poop fairy.

Rapper Valee Receives Backlash From Fans After Sharing a Video of His Dog Dyed Completely Red.

Rescuers Brave Oklahoma Floods to Save Dog ‘Clinging for Life’ to Tree Stuck in 12-Ft. of Water.

From Denmark, WI: Service dog changes young girl’s life, motivates her to give back.

At a New York college, you can fetch a bachelor’s degree in dog training.

Not exactly a news bulletin: Dog owners get more exercise.

Your dog at the beach? Could be very dangerous.

A bride helped shelter dogs find a home by having her bridesmaids walk the pups down the aisle at her wedding.

Can your dog get you a date? Dogs are amazing, So yes.

And a different MUELLER made the news. 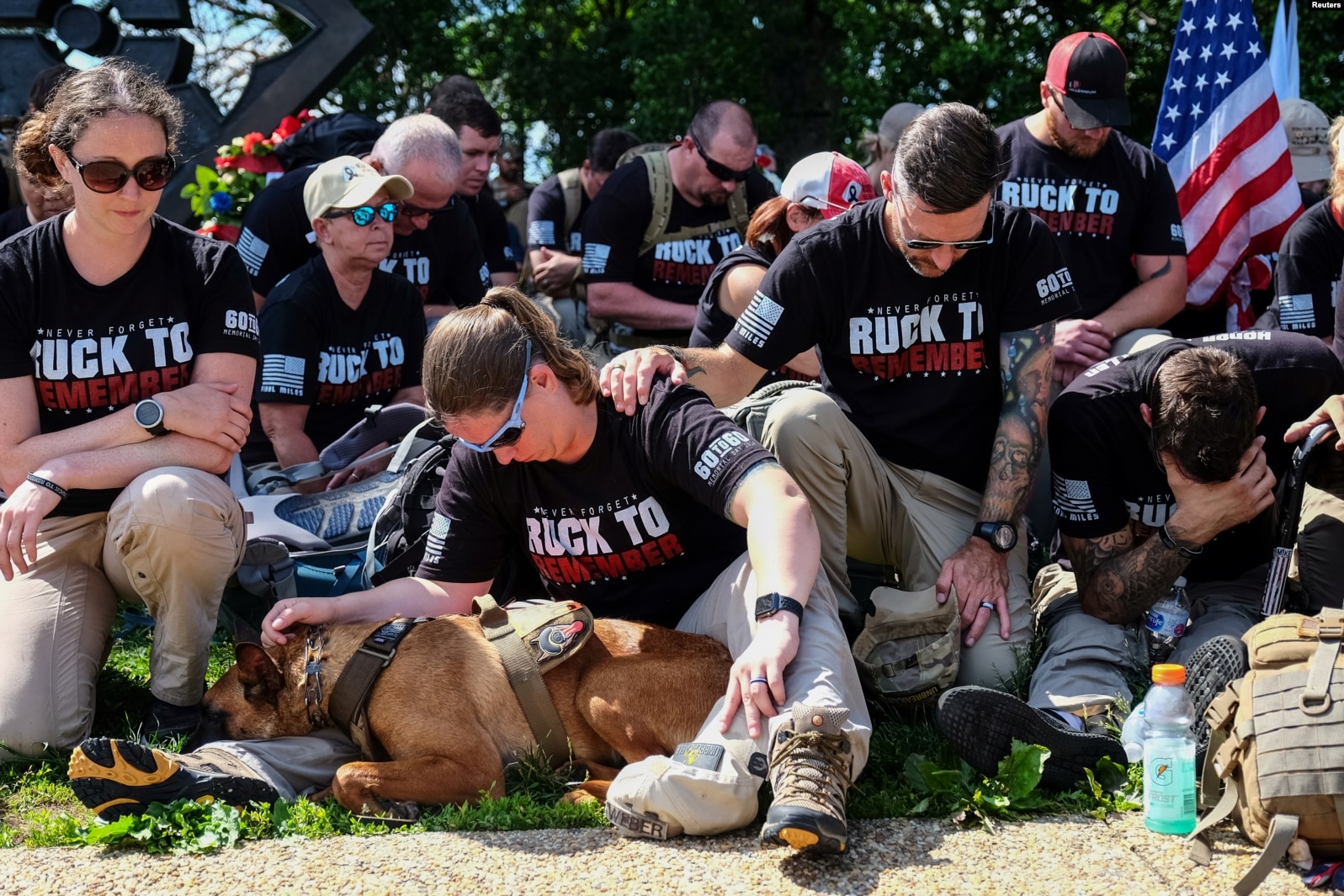 Air Force Veteran Sabrina Weber of Alabama hugs her service dog during a moment of silence in remembrance of service members who gave their lives, on Memorial Day at the Arlington National Cemetery, in Arlington, Virginia, May 27, 2019. Photo: Reuters 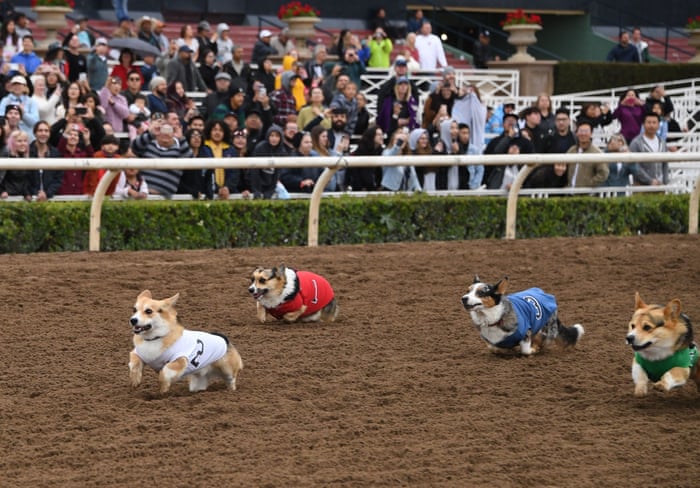 We close as we always do with our closing video. We have a few.

First… A wild dog in Zimbabwe narrowly escaped becoming a lioness’ latest meal by playing dead as the ferocious feline carried it around in its mouth.

According to Kruger Sightings, which posted the video, the dog was part of a pack dining on an antelope when the lioness approached.

“In the flash of a moment, she pounced and managed to grab one of the dogs,” the company explained. “The lioness held onto the wild dog for a long time, which seemed lifeless in her grip, and many already believed it was already dead, as it stayed completely still.”

But when another member of the pack approached, the giant cat dropped her prey and attacked the interloper. That’s when the “dead” dog sprang back to life and made his escape. Kruger Sightings has confirmed both pups survived the encounter. Next, from CBS News: How service dogs play a vital role in rehabilitating veterans.

This is a fun video featuring Nashville service dog Henry along with his handler, Jessica Paulsen in Walt Disney World. Paulsen used the trip, and many others, to teach Henry how to interact with crowds.

“Your relationship can become stagnant and you can begin to miss the personality of the animal that is right by your side,” Paulsen wrote in an Instagram post. “This is when I know I need to invigorate our relationship and our training.”

Paulsen has postural orthostatic tachycardia syndrome, a condition that triggers a rapid heart rate, fainting and light headedness. Henry helps warn Paulsen when her blood pressure is getting too low and also alerts those around her if she’s going to faint. 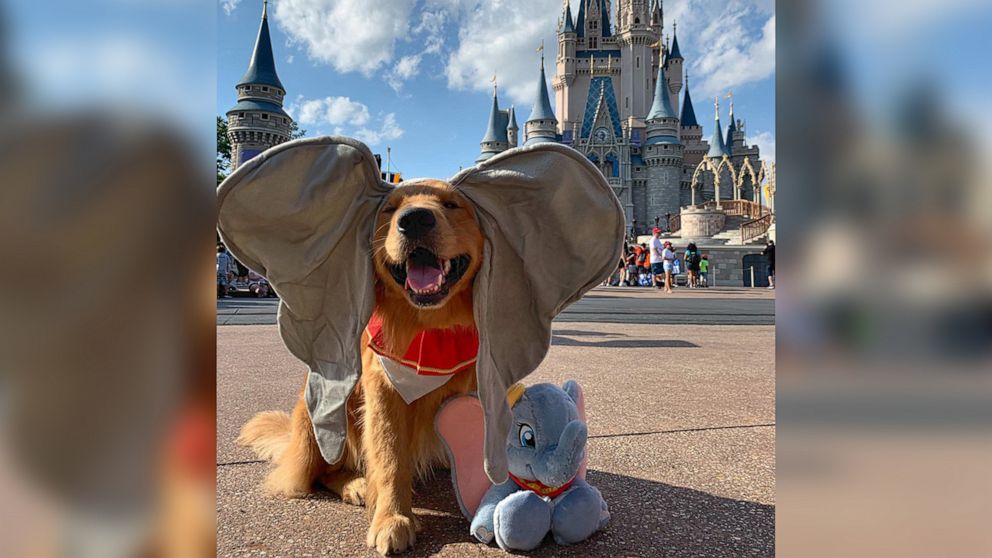