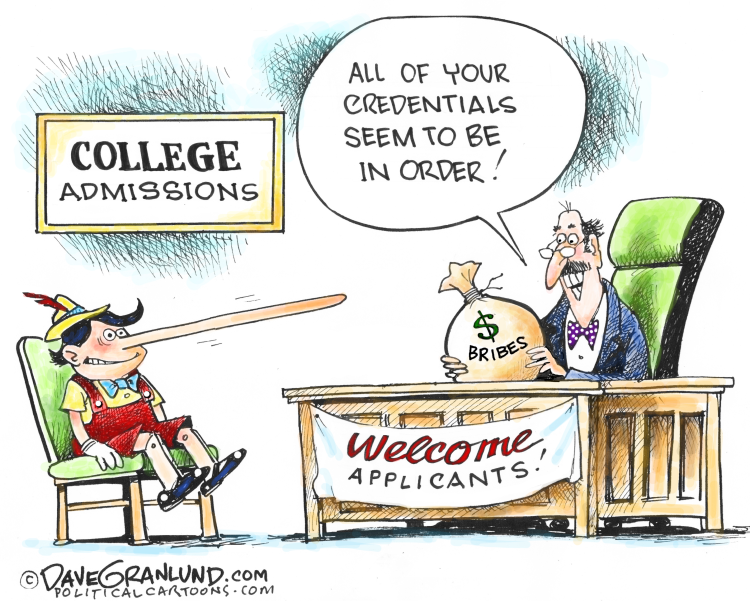 Today’s read is from Walter E. Williams, a professor of economics at George Mason University.

Federal prosecutors have charged more than 50 people involved in cheating and bribery in order to get their children admitted to some of the nation’s most prestigious colleges and universities such as Georgetown, Yale, Stanford, University of Texas, University of Southern California and UCLA. They often paid more than $100,000 to rig SAT or ACT exams. In some instances, they bribed college officials and secured their children’s admissions to elite schools through various fraud schemes. As corrupt and depraved as these recent revelations are, they are only the tip of the iceberg of generalized college corruption and gross dishonesty.

One thought on “Today’s highly interesting read (03/19/18): In colleges it’s not just the admissions that are scandalous”