We are now officially in “I Can’t Wait” mode.

Christmas is oh so close. And unless you have meticulously executed all your Christmas planning, you still have some last minute tasks to take care of. And you make sure they’re handled. That’s because Christmas will be here before you know it.

The arrival of Christmas, just days away, is our musical theme this week.

Let’s get started with Christian vocal group Point of Grace. They share a simple passion to unite and share their musical gifts for the Glory of God.

The women of Point of Grace are celebrating 20 years together, 27 #1 songs, 13 Dove awards, two GRAMMY nominations, and career album sales in excess of 7 million with multiple Platinum and Gold certifications.

In one of their holiday recordings the group reminded that on that special night “love came down.”

So in the place where the animals slept, Mary gave birth to Jesus, the Son of God.

In those days it was the custom to wrap newborn babies tightly in a long cloth called ‘swaddling clothes’. Jesus’ bed was the manger that the animals ate their hay from.

In the hills and fields outside Bethlehem, shepherds looked after their sheep through the long night. As the new day began, suddenly an angel appeared before them and the glory of God shone around them. The shepherds were very, very scared, but the angel said, ‘Don’t be afraid. I have good news for you and everyone. Today in Bethlehem a Savior has been born for you. You will find the baby lying in a manger.’

Then many more angels appeared, lighting up the sky. The shepherds heard them praising God singing: ‘Glory to God in highest, and peace to everyone on earth.’ When the angels had gone the shepherds said to one another, ‘Let’s go to Bethlehem to see what has happened.’ So the shepherds went to Bethlehem and found Mary and Joseph. The baby Jesus was lying in a manger as they had been told. When they saw him, they told everyone what the angel had said and everyone who heard the story were astonished. Then the shepherds returned to their sheep, praising God for sending his Son to be their Savior.

Our next performer is Michael Gettel. This Seattle-based composer and music teacher wrote contemporary piano-based ensemble works inspired by family, friends, and the beauty of the Pacific Northwest. His pieces involved acoustic piano, oboe, French horn, and flugelhorn.

Gettel is no longer writing music or touring. He has been a music teacher at a high school in Seattle, Washington.

From the book of Matthew:

Now the birth of Jesus Christ took place in this way. When his mother Mary had been betrothed to Joseph, before they came together she was found to be with child from the Holy Spirit.  And her husband Joseph, being a just man and unwilling to put her to shame, resolved to divorce her quietly.  But as he considered these things, behold, an angel of the Lord appeared to him in a dream, saying, “Joseph, son of David, do not fear to take Mary as your wife, for that which is conceived in her is from the Holy Spirit. She will bear a son, and you shall call his name Jesus, for he will save his people from their sins.”  All this took place to fulfill what the Lord had spoken by the prophet:

“Behold, the virgin shall conceive and bear a son, and they shall call his name Immanuel” (which means, God with us).

When Joseph woke from sleep, he did as the angel of the Lord commanded him: he took his wife, but knew her not until she had given birth to a son. And he called his name Jesus. 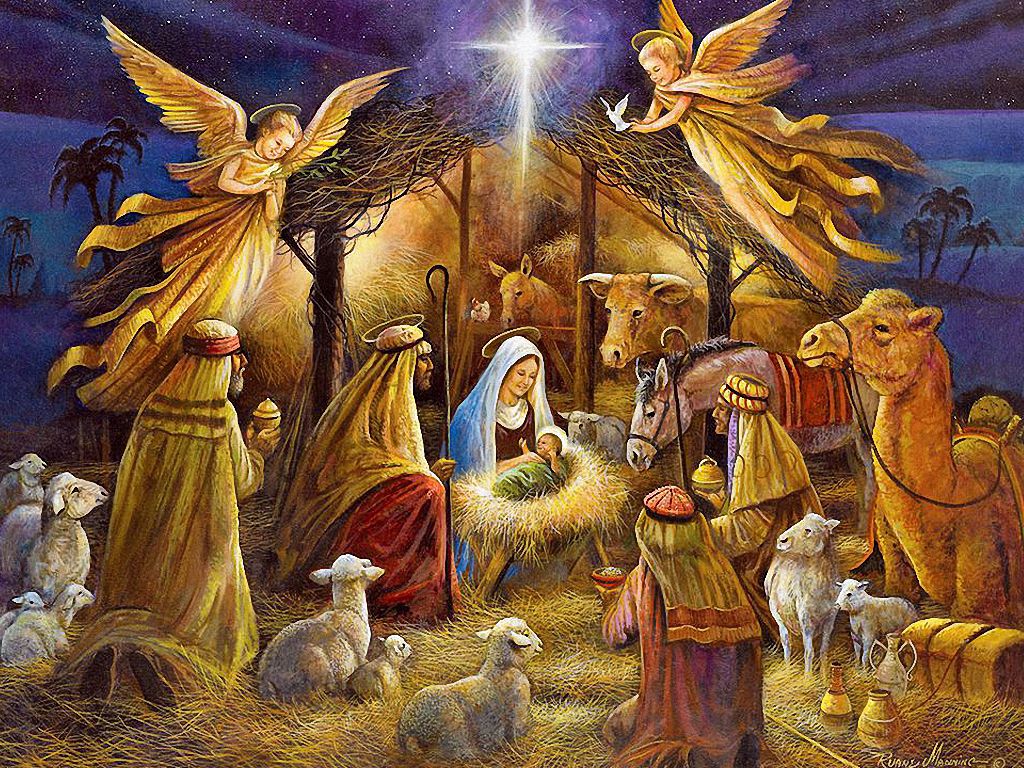 A popular song at Christmas time in churches is “Dona Nobis Pacem,” that means ‘Grant Us Peace.’

The origin of the song is unknown. Some believe it was composed by Mozart. Most often the credit listed is simply “Traditional.”

Clarinetist Richard Stoltzman has won two Grammy Awards, performed as a soloist with more than a hundred orchestras, and is a trained pastry chef. 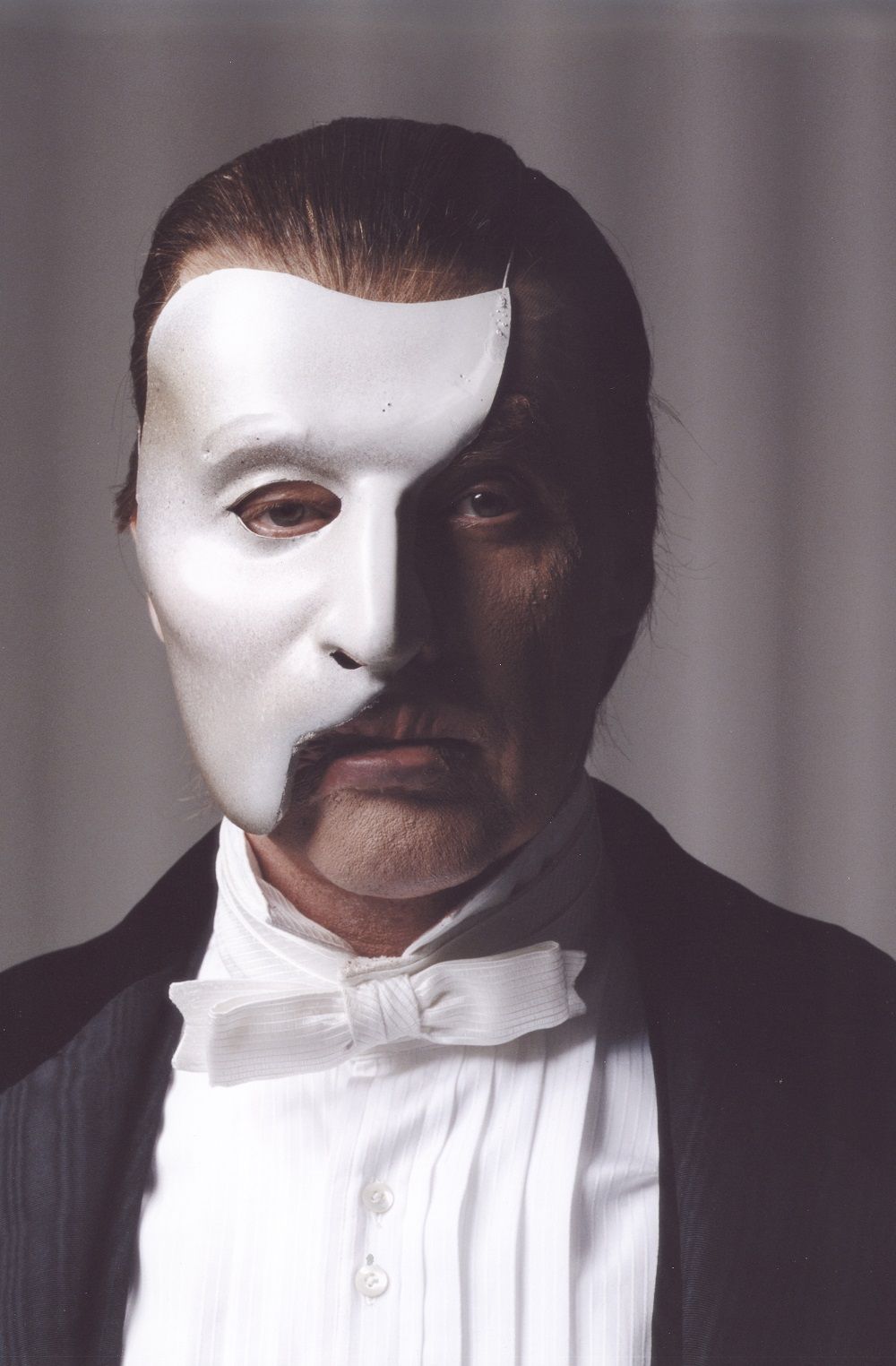 Michael Crawford gained global fame for playing the man in the mask in Andrew Lloyd Webber’s  1986 “Phantom of the Opera.” The Broadway show toured the world and led to a one-man Las Vegas production (the most expensive in history), which he performed 610 times before quitting with a hip injury.

Today in the town of David a Savior has been born to you; he is the Messiah, the Lord. This will be a sign to you: You will find a baby wrapped in cloths and lying in a manger.” Suddenly a great company of the heavenly host appeared with the angel, praising God and saying “Glory to God in the highest heaven, and on earth peace to those on whom his favor rests.”

On coming to the house, they saw the child with his mother Mary, and they bowed down and worshiped him. Then they opened their treasures and presented him with gifts of gold, frankincense and myrrh. And having been warned in a dream not to go back to Herod, they returned to their country by another route.

If this isn’t the most beautiful Christmas song, it’s in the top two. 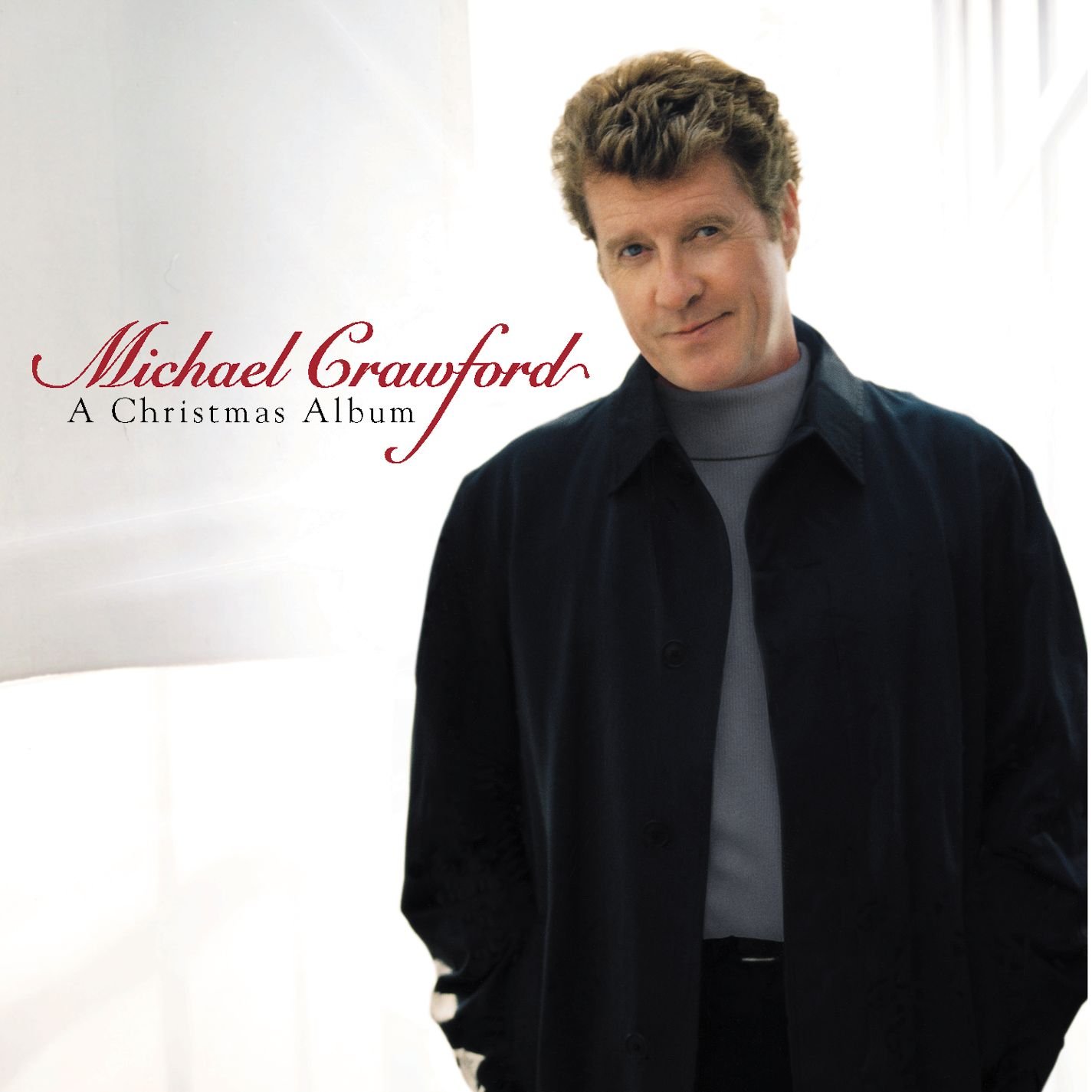 Have a great weekend!

Dinner plans are in place.

And don’t forget an important element to make Christmas complete.

Andy Williams thought this song would become one of those annual Christmas favorites. Even though it didn’t, it’s still a beauty. From a TV concert in Branson, Missouri…

Goodnight everyone, and have a majestic Christmas weekend!

Goodnight everyone, and make it a combo this weekend!

Goodnight everyone, and have a Christmas love weekend!

Goodnight everyone, and have a terrific first weekend of the holiday season!

One thought on “Goodnight everyone, and have a marvelous weekend in anticipation of Christmas!”