Normally we do this whole deal on Friday nights. What’s going on?

We traditionally use this blog feature to highlight some of the musicians who are are appearing at the festival. Because it’s a 4-day festival we need to blog accordingly. We can’t do all the performers, but let’s face it. Stop at any stage any time at Irish Fest, and you can’t go wrong.

Jiggy combines Irish traditional music, world rhythms and cutting-edge dance grooves.  Their debut album TRANSLATE went to number 1 in the world music charts in Ireland, United States, Canada, France, Australia, Poland & UK and they are now a big hit with festival audiences across the globe. So Jiggy is a natural for Irish Fest.

Here the group performs a traditional Irish hornpipe on the Late Late Show, Ireland’s most popular television program, in 2016.

Out of the ordinary? Yes. But the number was praised for exposing traditional Irish music to audiences in a modern fashion.

The Screaming Orphans are four sisters from Bundoran in County Donegal Ireland.

They always sang at home and decided to form their own rock band when they were teenagers. After singing covers of the Red Hot Chili Peppers, Indigo Girls, and others they began writing their own material.

A big break came when Sinead O’Connor asked the sisters to be her back-up singers and open her show. They went on tour across Europe, America and Canada, and appeared on David Letterman and other shows. The group claims their focus is on melody-driven songs with pop and rock strains.

Where did the band’s name come from?

A friend of drummer Joan Diver came up with it one night at a pub. The sisters had left their parents when they set out on their own to travel and perform. Their mother had been their lead singer and their father was the manager/sound engineer. Plus their secondary school used to be an orphanage.

The group’s sound has been compared to the Bangles and the Cranberries.

“Step It Out Mary”

In the Village of Kildoran
lived a maiden young and fair
Her eyes, they shone like diamonds,
she had long and golden hair,
the countryman came riding up to her
daddy`s gate, mounted on a milk-white stallion,
he came at the stroke of eight

I have come to court your daughter.
Mary of the golden hair,
I have gold and I have silver,
I have lands beyond compare.
I will buy her silks and satins
and a gold ring for her hand.
I will buy her a mansion,
she’ll have servants to command

Oh kind Sir I have a soldier
and I`ve pledged to him my hand.
I don`t want your gold nor silver,
I don`t want your horse nor land.”
Mary`s father Spoke up sharply,
you will do as you are told,
you`ll mary him on sunday
and you`ll wear the ring of gold.”

In the village of Kildoran
there`s a deep stream running by.
They found Mary there on sunday,
she had drowned with soldier boy.
In the cottage there is music,
you can hear her daddy say
Step it out Mary my fine daughter,
Sunday is your wedding day.

What in the world?

This needs some, but not a lot, explanation.

Our next artist is Doolin’.

Doolin’ is inspired by pop-rock, folk, jazz, funk or even rap (all in good taste they say). This sextet (guitar, bodhrán, violin, tin whistle, accordion/vocals, bass) brings a fresh approach to Irish music. Their name derives from a village in southwest Ireland.

This piece opens with The Godfather of Soul.

Leahy’s Luck is a family based group from Milwaukee performing traditional and popular Irish music throughout the Midwest. Formed in 1991 by brothers Tom and Brian Leahy, much of the “Irish” sound is provided by their children; Brian’s daughters Michelle, Sarah,  and Caitlin play fiddle, flute, and tin whistle, respectively, while Tom Leahy’s children Maura and Evan contribute on accordion and bodhran. The band has been performing Irish folk music for more than twenty years, playing at festivals and performing arts centers throughout the Midwest.

Here they perform an Irish-American song made popular in 1945 by Bing Crosby.

A poor Irishman leaves the Emerald Isle for America. There he gains success, and returns home to County Donegal.

It seems like only yesterday
I sailed from out of Cork
A wanderer from old Erin’s isle
I landed in New York
There wasn’t a soul to greet me there
A stranger on your shore
But Irish luck was with me here
And riches came galore
And now that I’m going back again
To dear old Erin’s isle
My friends will meet me on the pier
And greet me with a smile
Their faces, sure, I’ve almost forgot
I’ve been so long away
But me mother will introduce them all
And this to me will say

They’ll line the roads for miles and miles
They’ll come from near and far
And they’ll give a party when I go home
With Irish jauntin’ cars
The spirits’ll flow and we’ll be gay
We’ll fill your hearts with joy
And the piper will play an Irish reel
To greet the Yankee boy
We’ll dance and sing the whole night long
Such fun as never was seen
The lads’ll be decked in corduroy
The colleens wearin’ green
There’ll be thousands there that I never saw
I’ve been so long away
But me mother will introduce them all
And this to me will say:

But we’re more than a wee bit biased. Our hearts are with…

On Saturday at 2:00, our daughter Kyla dances on the Miller Stage. Kyla’s been practicing all week for her onstage dances this weekend.

Kyla’s danced for a few years at the festival. She’s now a Level 2 dancer. Last year she was a beginner in this video where she’ll be easy to spot.

We think her Irish grandma, her namesake, Grandma Audrey would be very proud.

That’s Kyla proudly displaying her ribbons & medals from last weekend’s Milwaukee Feis.  She moved from Beginner to Novice in two of her dances.  While she is thrilled to wear the school dress (no more Beginner jumper!) she is determined to earn her solo dress quickly!

We do love her so.

Be very Irish this weekend!

We close with the most famous bagpipe band on the planet, seen here performing in concert at Milwaukee Irish Fest in 2014 that was recorded and made into a CD and DVD, “Live at the Lake.” 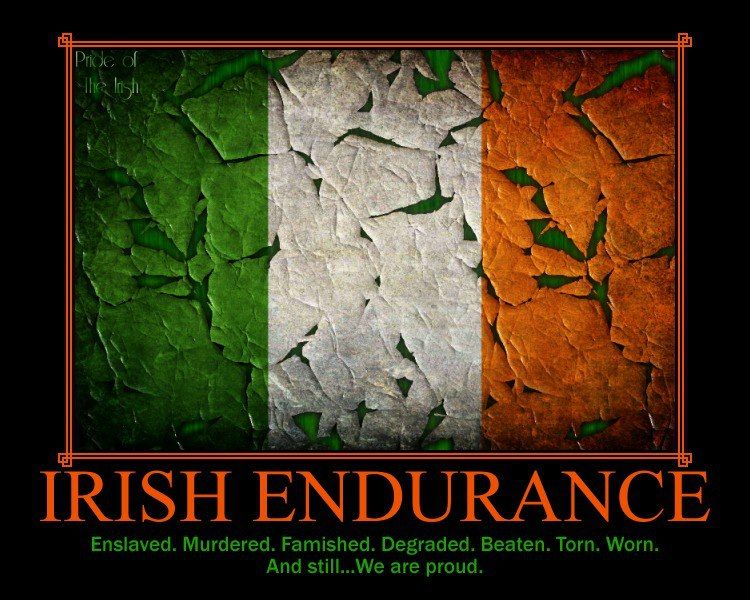 2 thoughts on “Goodnight everyone, and have a Live & Legendary weekend!”