A very interesting theme this week.

You’re undoubtedly familiar with the term “goose bumps.” As in, “I got goose bumps watching her give her high school graduation speech.”

Goose bumps are real. They’re the literal tiny bumps you get all over your body when you are experiencing intense emotions.

Back in January I stumbled upon an old article from the Independent that made the connection between goose bumps and music.

Research on the subject was published in Social Cognitive and Affective Neuroscience. OK, just stay with me for a  few moments.

The researchers found that white matter connectivity between certain parts of the brain explains individual differences in reward sensitivity to music.

What does that mean? From the Independent:

This means if you do get chills from music you are more likely to have stronger and more intense emotions. Plus these sensations can also be associated with memories linked to a certain song, which cannot be controlled in a laboratory setting.

From Social Cognitive and Affective Neuroscience:

Music provides an ideal stimulus with which to study pleasure and reward, as it has been a fixture of every human civilization throughout history and is often reported as one of the most enjoyable of human experiences. Individuals tend to report a complex array of bodily and mental sensations while listening to music, such as the feeling of a lump in the throat, feeling moved and the experience of chills: the tingling sensation on the scalp, back of the neck and spine that is often accompanied by goose bumps.

Does certain music or songs give you the chills? Think about that and please enjoy music that gives yours truly goose bumps. And since the 4th is so close you can expect some patriotic material.

Tell me you get thrilled at an Independence Day parade when a big band struts down the street.

Back in the early 1980’s the Hooked on  Classics series began featuring arrangements of classical favorites, usually orchestral, with an added, pronounced beat. Louis Clark came up with the idea and conducted the Royal Philharmonic Orchestra from the UK.

This medley is from the 3rd album in the series (1983) and includes:

Under the Double Eagle

The Stars and Stripes Forever

Under the Double Eagle

Cavalry of the Clouds

Officer of the Day 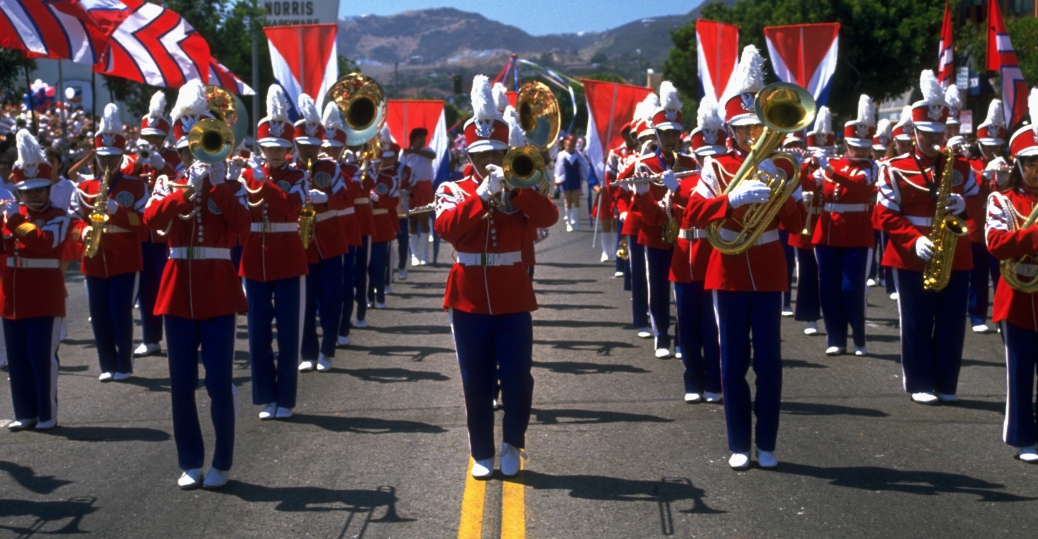 Louis Clark who conducted the orchestra for the above medley was also the conductor of the orchestra and choir hired to back the very popular and successful Electric Light Orchestra.

Next, what’s your favorite TV theme music or song?

I think the very best is Peter Gunn.

Craig Stevens played the cool private investigator who solved cases in a nameless waterfront city in the TV series from 1958 – 1961.

Henry Mancini scored the music for the theme and the series.

In the mid 70’s when many artists were doing charged up remakes of old tunes, Mancini went jazzy funk in a 1975 album. One of the tracks was a totally different rendition of Peter Gunn.

There are some terrific solos here.

On bass, Abraham Laboriel, the father of Abe Laboriel Jr. who drums for Paul McCartney.

And on piccolo trumpet and trumpet,  Bud Brisbois.

The goose bumps moment: At the 3:44 mark after the solos when the orchestra goes into a frenzy.

Mancini was nominated for 72 Grammy Awards and won 20.  His soundtrack album of Peter Gunn won for Best Album and Best Arrangement.

Mancini was also nominated for 18 Academy Awards and won four.

NEXT…he was the first solo entertainer to hold a live concert broadcast internationally via satellite. More than a billion people from more than 40 countries across Asia and Europe tuned in to watch “Aloha from Hawaii” in 1973.

A remarkable 530 different artists or groups have recorded “An American Trilogy,” but none more famous than Elvis who made it a staple of his live concerts.

“An American Trilogy” has been called “an indelible, essential work of the American songbook,” and “a great slice of Americana” that “bonds minority, Southern and Northern issues into a common lament.”

Elvis’ rendition at the Hawaii concert  is stirring and emotional to say the least (the sweat pouring down his face looks almost like tears).

The goosebumps moment: After the flute solo, there’s the build up of the strings, the pounding of the tympani, the blaring of the trumpets. Then the fist in the air and the big finish. 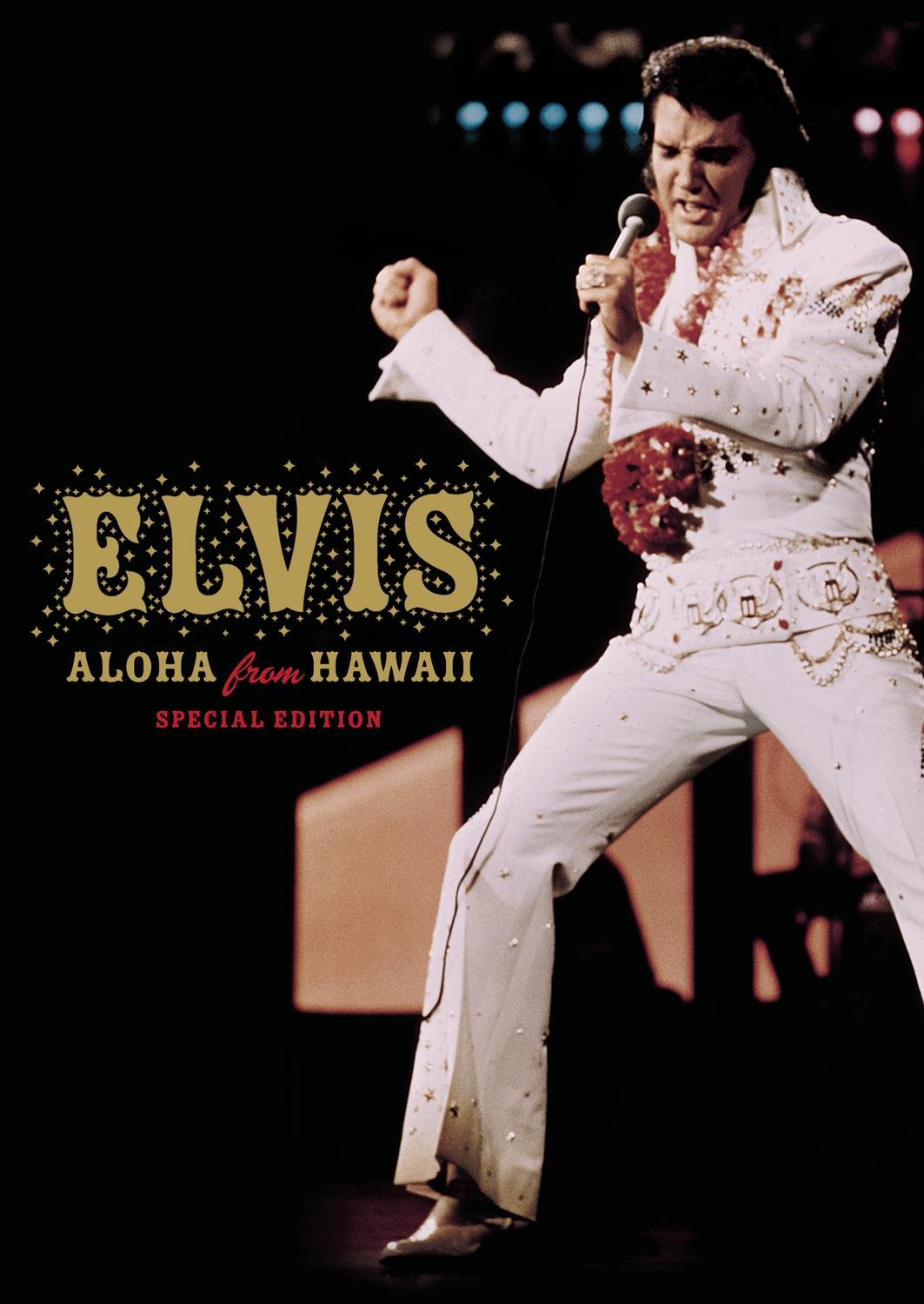 Hard to believe that was more than 45 years ago.

The 10th annual awards show in 2009 featured two outstanding pianists combining their talents on one of the greatest compositions of all time.

Orchestra leader Paul Whiteman had organized a New York concert to highlight a new form of music called jazz. After about two dozen numbers the audience was growing weary. That was about to change.

A gentleman by the name of George Gershwin sat down at the piano to play his brand new composition, “Rhapsody In Blue.” And Gershwin was nervous. It was five weeks before the concert and his brother Ira read an article  in the New York Tribune stating that George was “at work on a jazz concerto” for the program.

Not expecting to write anything special, Gershwin was now under pressure.  He came up with one of the most important American musical works of the 20th century.

Now to the Classical Brits Awards and the goosebumps moment: The entire piece is masterful of course. The goosebumps pop right about the 5:36 mark.

It’s really tough to follow Lang Lang and Herbie Hancock. But we’ve got something special for you.

“If you go to any small town orchestra in the country, it’s considered de rigueur that you perform the ‘1812 Overture’ during a July 4th concert.”
Keith Lockhart, conductor of the Boston Pops

The goosebumps moment: There are a few but the very best is at 10:30. A studio version of our previous video is available on a CD.

The piece is lengthy so we’ve edited it down to the finale.