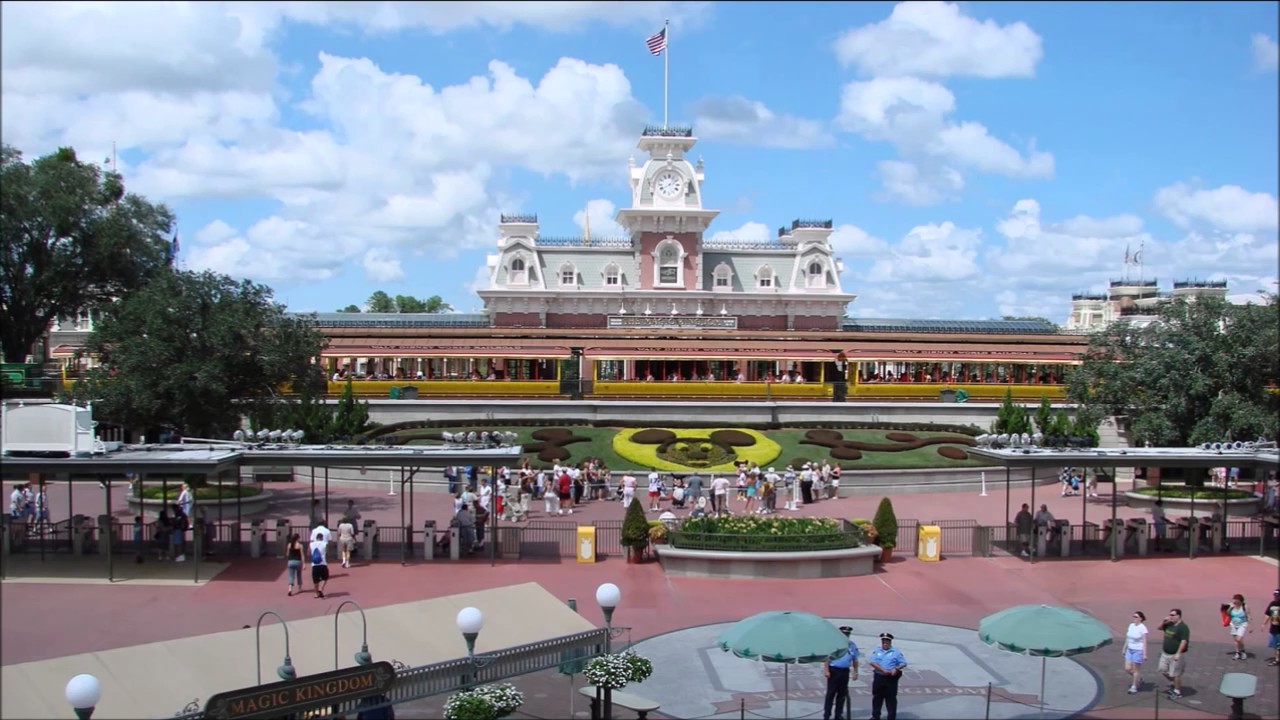 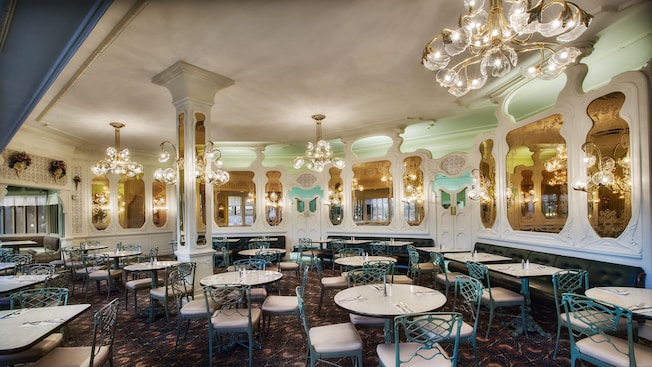 The Crystal Palace is host to a character buffet featuring Winnie the Pooh and friends. Here’s their full drink menu:

The Plaza Restaurant is a dining parlor filled with turn-of-the-century Art Nouveau touches.

Personally, I think it’s great. However, as you can imagine, the new policy is controversial. Here’s the main reason why.

In a 1956 interview with the Saturday Evening Post, Walt said:

“No liquor, no beer, nothing [in Disneyland]. Because that brings in a rowdy element. That brings people that we don’t want and I feel they don’t need it. I feel when I go down to the park I don’t need a drink. I work around that place all day and I don’t have one.”

Walt carried the same practice to The Magic Kingdom in Florida.

Executives blew that whole notion up in 2012 when the French-themed Be Our Guest starting serving alcohol at dinner.

Pay tribute to what Walt Disney originally intended – no alcohol served in The Magic Kingdom. If you MUST drink to have a good time, visit one of the Disneyland or Disney World Hotel bars & restaurants.

I think its a bad decision. There is no reason for there to be alcohol in the Magic Kingdom at all. You aren’t there to be gettin a buzz u r there to have family time. People who get drunk aren’t always family friendly ruining experience for others

The problem with that is you are going to a place that is for family with children. This will do nothing but breed more alcoholics. But at least Disney gets to make a profit off of it. The moral decline of our country is sad.

It also makes me very sad. I also am noticing more and more intoxicated people at Epcot. This is the path that will transpire down the road at the Magic Kingdom. Why change what has worked and worked well. Children should not have to be exposed to buzzed people especially in the Magic Kingdom.

This is completely unnecessary. If you must have an “appropriate” beverage with your meal, there are numerous other choices, especially at Epcot. Magic Kingdom is for kids. Why can’t we keep it that way?

Disney has already strayed so far from the ‘wholesome” aspect of what the company originally represented. Now to add alcohol and go against what Walt had intended is a shame. Alcohol should not be served In the Magic Kingdom. Disney World used to be a special place. Now it will be more or less just like every other crappy park in Florida with this change.

Walt is probably turning over in his grave knowing the way the Disney company is allowing alcohol ANYWHERE in the Magic Kingdom!

There are too many executives at Disney as of late that lack the vision to see the original dreams and wisdom of Walt Disney. They started down this slippery slop just a few years ago by replacing the Main Street Bakery with a Starbucks. What’s next, replace Casey’s Corner with a Wendy’s? Life is filled with hard realities and petty annoyances. One could visit the Magic Kingdom and truly escape the perils of life even if just for a while. At the rate that these bad decisions are being made, in just a few short years, WDW will be nothing but another Six Flags.

As we say down south: very tacky Disney.

There are plenty who see a slippery slope that started in 2012 with one restaurant and has now reached all sit-down restaurants in the theme park. As one Disney blogger wrote:

It’ll be interesting to see whether Walt Disney World tries to further relax Magic Kingdom’s alcohol policies and how they try to do that. We suspect counter service restaurants, outdoor vending carts, and the like are a line in the sand for a lot of Disney fans (that’s the case for us).

Table service restaurants are one thing and unlikely to be problematic, but once alcohol is at counter service dining spots, more guests have unfettered access to it, and that’s a potential cause for concern.

Of course, not every tourist is hitting the panic button.

I’m a frequent visitor to WDW. I love it, my favourite vacation. I have never seen any drunks wandering the World. Not once. I like the idea of being able to have a beer, glass of wine or cocktail with my meal. I’m on vacation. And honestly, who is going to get drunk off a glass or two of wine during dinner? While many people state WDW is for children, it’s not. It’s for everyone. It’s for the magic and wonder in all of us – even adults. I’ve done the Disney vacations with my children and have had a glass of wine with dinner. I do that at home once a week too. It doesn’t not make me a bad parent, it actually makes me a good parent as my children (late teens and young adults now) have learned what being responsible and drinking in moderation actually means.

Serving alcohol with meals at MK does not detract from the experience, it will not make you vomit on the tea cups, it’s just another way to enjoy great meals at WDW.

Growth slowdown: Beer business is looking gloomy, even for some craft brewers

Study: Teenagers constantly think about food and what their next meals will be

Experts say algae is the food of the future

Why doesn’t the price of ice cream change very much?