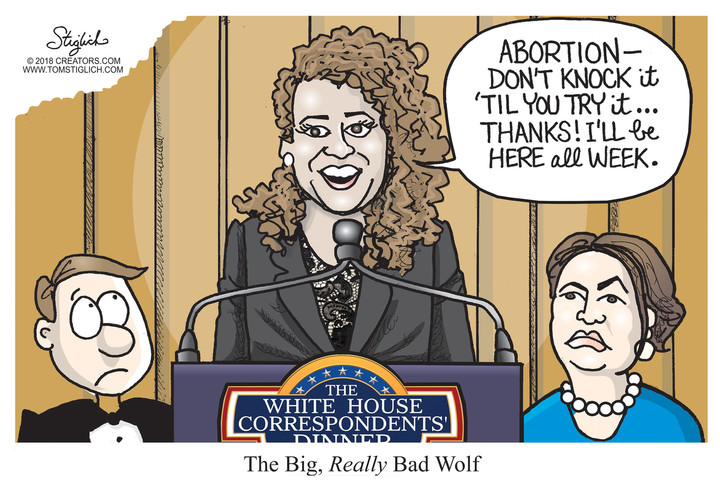 Had I been watching the channel would have been switched rather quickly.

You’ve probably heard the affair was beyond disgusting as a no-name comedienne, Michelle Wolf crossed the line multiple times.

Today’s read is from Piers Morgan:

Of course, it’s her absolute right under the 1st Amendment to think the way she thinks and to say so as she did on Saturday night.

However, it’s also MY right to condemn HER for an egregiously vile, personally abusive speech that exposed the liberal media in America for what much of it has sadly become: a Trump-bashing cesspit consumed with the very hatred it accuses the President of encouraging.