Regular readers know this great philosopher has turned up on Culinary many times, and they know in what particular context.

We’ll get to that, and if you’re not sure, just stick around. It’ll all make sense and provide some, sorry, food for thought.

We go out to dinner as a family often. Even though our charming 9-year old daughter has a cosmopolitan palate most children’s menus are rather pedestrian, mundane, and nothing out of the ordinary.

The above chicken tenders are from Fuddruckers. Haven’t had those yet but they sure look good.

Normally the tenders are on the order of…

And they’re not bad.

Kyla is never disappointed with chicken tenders, no matter the restaurant: McDonald’s, Oscar’s here in Franklin, The Packing House, Meyer’s, The Point After here in Franklin.

But, and this is important.

But the tenders need something extra. Can’t just be the tenders. There must be a critical side.

No, that sauce ain’t it.

Yeh, that’s the one. We even dunk our fries in it.

The no-no is about to become crystal clear. Not possible to play cutesy this week for 96 paragraphs.

Let’s go back to the beginning of this blog.

In one “Happy Days” episode Fonzie remarked about ketchup and ice cream. When they’re separated, AYYYYY, thumbs up. But put them together…yuckimundo.

That brings us to… 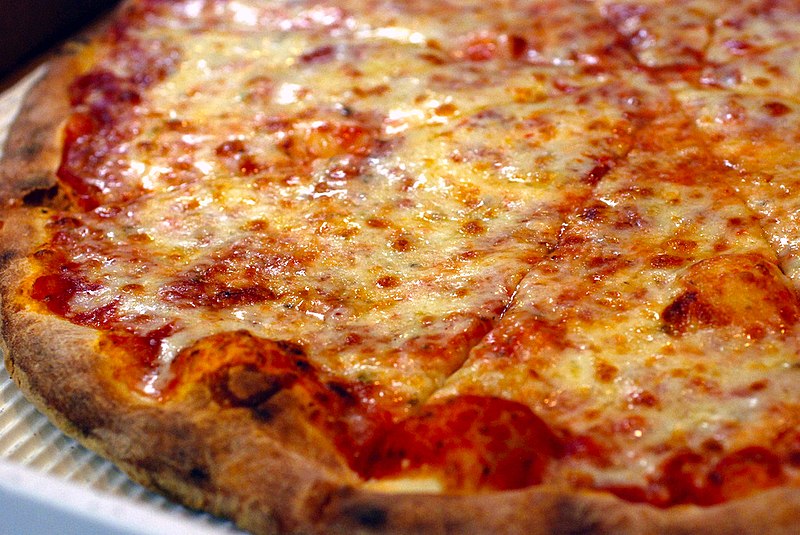 But pizza is also evil and cruel in that it’s so polarizing.

Let’s head to Portland, Oregon. They have a pizza place I won’t name because I’m trying to prolong the no-no as long as possible.

We specialize in square, Sicilian-style, pan pizza. Our dough is crispy on the bottom, soft & chewy in the center, and is made with Northwest-grown and milled flour and imported Greek olive oil. All of our pies are built with hand-sliced, aged mozzarella, and a rich, garlicy red sauce ON TOP in the classic Sicilian style. Our toppings are laid on generously and are designed to complement our thicker crust.

Have you connected the dots?

Look, I understand just as you do that food is a highly subjective topic.

Pizza is nearly perfect. So why, then, must me mess it up?

That pizza joint in Portland?

You’ve figured it out, I’m sure.

We grew up eating ranch almost every time we ate pizza. Maybe it’s an Oregon thing, but we love the stuff. We make some of the best out there, fresh, in-house, from scratch. Our name is a nod to nostalgia and the joy of simple food.

Ranch PDX is a Sicilian-style pizza delivery-only shop  in Portland. It will close and open a new bricks and mortar restaurant in Portland this June.

How did that idea come about?

“It was from one of my good friends who works at Pizza Hut in their innovations department. She comes up with some of the crazy things they do — not like the really weird stuff they do overseas, like the mini burgers on the crust, but some of the other stuff. Anyway, on our opening night in 2011, she jokingly gave me this big bottle of Hidden Valley ranch. It just sat in our office for a couple months, but as we were open longer, we kept having people ask, Oh do you have a side of ranch? And I was like, what do you want ranch for? To dip the crust in. Well, we don’t have ranch, but we’ll give you balsamic or Caesar or marinara if you want. It’s weird, it always seems to be young, college-age girls that ask for it.”

Yes, people, lots of them, like ranch on their pizza. According to Ranch PDX co-owner Richard Corey:

“The one argument for ranch on pizza, and what I tell most people if they’re confused about it, is that it makes each bite really balanced. Most pizzas have a really tangy red sauce: The tomatoes are really acidic, and it has salt and garlic or whatever. If you add ranch to that, the creamy and tangy, salty flavors are polar opposites, but when you combine them, it’s perfect. If you’re every trying to convince somebody, that’s the combo they’re looking for.”

So what’s next on pizza?

I concur with Ben Adler who wrote:

“And putting it on pizza — a horrifying, common practice — is insane because pizza is already dripping with mozzarella. It’s completely redundant, wildly unhealthy and disrespectful to any halfway decent pizza, the chef who made it and to the Italian people who gave it to us. (One pizzeria in Houston, owned by Italian Americans, has banned ranch dressing.) Pizza does not need a dipping sauce, because it’s already perfect. If it needs ranch to improve the taste, it’s bad pizza, and you shouldn’t eat it at all.”