People are going to starve to death.

That was the predictable and inevitable reaction from the mainstream news media, spurred on by consumer advocates and food retailers, to President Trump’s food stamp reform budget proposal this past week.

Budget Director simplified the president’s idea, calling it Blue Apron for food stamp recipients. About half of poor Americans’ monthly cash benefits would be replaced with a box of food. Roughly 38 million people would be affected.

“USDA America’s Harvest Box is a bold, innovative approach to providing nutritious food to people who need assistance feeding themselves and their families — and all of it is homegrown by American farmers and producers,” said Agriculture Secretary Sonny Perdue.  “It maintains the same level of food value as SNAP [Supplemental Nutrition Assistance Program] participants currently receive, provides states flexibility in administering the program, and is responsible to the taxpayers.”

How it would work

Households would no longer receive all their food stamp funds.

They would get a box of food.

The box would contain food the government says is nutritious and made in the US.

The box would amount to half of the food stamp recipient’s monthly benefit.

The rest of the benefits would be given on electronic benefit cards, as before.

States could distribute boxes through existing infrastructure, partnerships or directly to homes via delivery services. 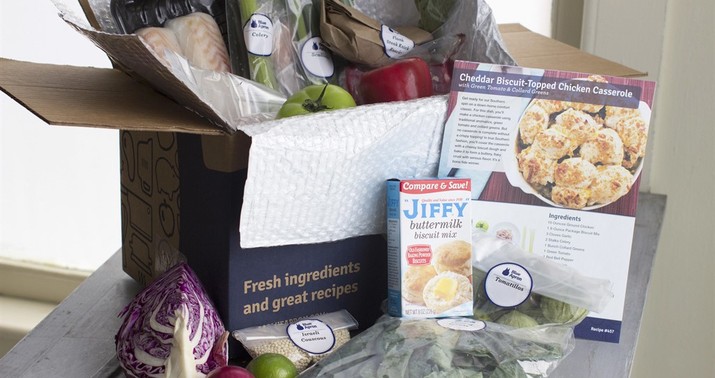 Forbes.com called the plan “the latest indignity perpetrated on low-income Americans by the Trump administration.”

“It’s a risky scheme that threatens families’ ability to put food on the table,” said Stacy Dean, vice president for food assistance policy at the left-leaning Center on Budget and Policy Priorities.

“This action would not only destabilize attempts to bring more healthy, fresh foods into the homes of America’s food insecure, but would keep dollars out of local grocery stores and farmers markets, which are critical assets to all communities,” said Jordan Rasmussen, a policy associate at the Center for Rural Affairs, a progressive rural advocacy group.

“Holy mackerel. I don’t know where this came from, but I suspect that the folks when they were drawing it up were also watching silent movies,” said Kevin Concannon, who oversaw SNAP during the Obama administration.

“How, exactly, will this Administration actually get these boxes of food to millions of households? Or to recipients who move frequently, or end up temporarily homeless? What if the food is stolen or delayed? How will the box cater to the dietary needs and allergies of all the recipients? Or to children’s finicky eating habits?”

Proponents of the food stamp program concede there’s fraud.  But they will never agree to the box concept.

Even conservative writer Erick Erickson came out in opposition.

“The whole idea also sounds ripe for abuse. The program would only use American goods and produce. Which farms would be selected to provide the produce? Which vendors would be allowed into the program? How long before a future administration decided a cereal manufacturer had not made enough campaign contributions and so would be excluded? This system would be asking for fraud, mismanagement, and abuse in a way sending money to an EBT card does not. It introduces a greater human element susceptible to coercion and corruption.

“A boxed food program sounds more command and control Soviet than it does American. One need only a little imagination to see how a future administration would determine Americans need more Brussels sprouts, so that goes in the box. ‘Eat it or starve,’ the commissar would bark.”

Critics needn’t get into a tizzy. This scheme is probably DOA. Provisions in a president’s budget rarely go anywhere. And the mid-term elections may scare off even the staunchest reformers in Congress.

“The government could do what it does now. It puts money on EBT cards for the poor who then get to engage in the very American concept of choosing their own food. Further restrict locations for EBT usage and root out waste, fraud, and abuse.”

And I believe we could/should go a step further.