Since 2007, I have annually posted a blog around Shrove Tuesday to mark the yearly feasting of paczki.  It’s been for many years an extremely popular blog. And since I have many new readers I’m posting again.

THE FOLLOWING ACCOUNT IS ABSOLUTELY 100% TRUE. CERTAIN NAMES HAVE BEEN WITHHELD TO PROTECT THE INNOCENT. IT’S CALLED “THE GREAT PACZKI CAPER” or…..”HE WAS BOUND AND DETERMINED TO GET PACZKIS BY HOOK OR CROOK.”

The day before Ash Wednesday, the official start of Lent in the Catholic Church is a big deal. Lent begins the dull, dreary, dreadful, long, long, long period of sacrifice where good Catholics fast and give up treasured commodities, like sweets and brandy. Circa 1980’s, a dear friend of mine a short drive away from National Baking woke up on Shrove Tuesday to a frantic wife.

“GET UP!”  she screamed, I mean, “Get up” she gently prodded her beloved spouse of many jubilant and extremely fulfilling years.

My friend was in a fog, but even in the midst of his mental haze, he knew where he was and he knew who was speaking to him and in what particular manner.

His wife demanded, I mean his wife politely called upon every sweet bone in his body to drag his sorry carcass out of bed and race at the speed of sound to S. 16th Street and buy paczkis and do it right now and do it fast.

This was not a good start to his day but my friend realized that if he darted out to National Baking on a morning there was a nip in the air just to buy doughnuts, it would be like a marital oil change. He’d be in good standing with the better half for the next six months.

And so without so much as a shower or a comb through his hair, he wiped the sleep from his eyes and struggled to his car and pointed it in the direction of the Paczki Capital of the Year.

As he got closer and closer to his destination, my friend knew what he was up against. Remember when the Brewers opened the season with 12 straight victories and George Webb’s had to finally make good on its promise to hand out free burgers?

The car made its way to S.16th Street and sure enough. 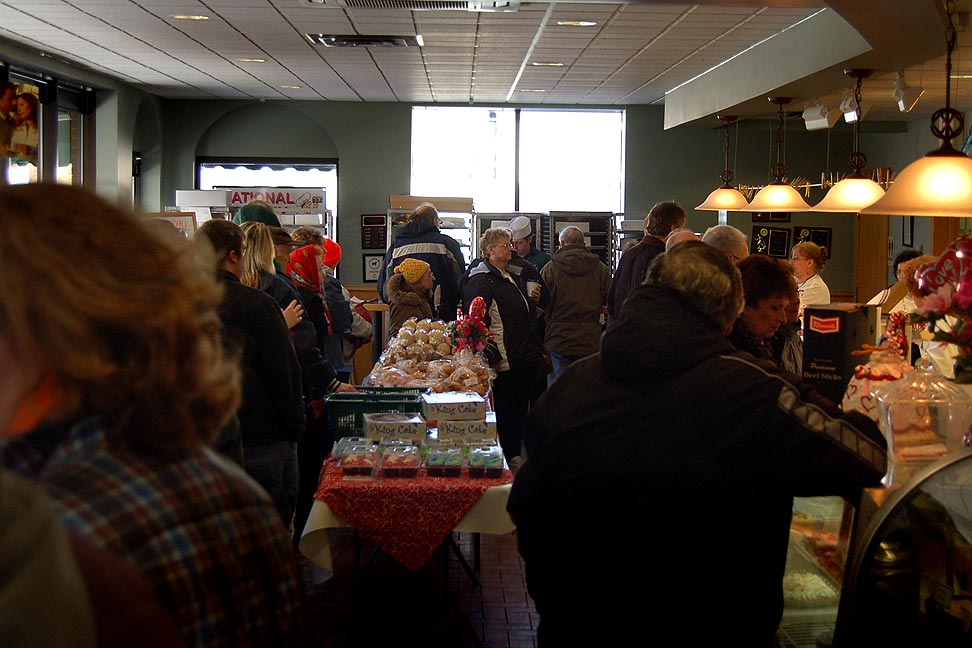 Every cotton pickin’ person living in a flat or bungalow was inside, but more were jaw droppingly standing outside that damn bakery. The line was longer than the folks waiting to see The Godfather in the 70’s.

When National Baking is CLOSED there’s no frickin’ place to park. Eight different varieties of paczkis on Shrove Tuesday? It was like Elvis had risen from the dead and was handing out free scarves.

My friend wasn’t in the best of moods to begin with. Now this. Where the hell was CNN? Everyone else was there.

A noisy abrupt stop. My friend inexplicably brought his vehicle to a halt on the street directly in front of the main entrance of the bakery. He turned off the motor of his sparkling new auto just off the showroom floor, clicked on his emergency flashers, and calmly and boldly marched past the horde of dozens and dozens of shivering folks in line.

My friend stood there, both hands firmly placed on the counter by the cash register. There he met face to face a National Baking employee who looked like this….

Only 40 years older and a helluva lot more unfriendly.

“You’ve got to wait your turn!” she barked.

“We’ve got a line going in case you didn’t notice, ace,” she responded.

Those in line were getting impatient and were ready to start hitting my friend with their purses.

And then, it happened.

It was like Charlton Heston’s magnanimous moment in “The Ten Commandments” when, as Moses, he parted the Red Sea.

“But you don’t understand!”

“What don’t I understand, Sir?”

My friend proceeded to blurt out unforgettable words.

It’s for the Archbishop!”

Suddenly, bakery ladies, each with more than one type of arthritis immediately went into fast motion, dropping whatever they were doing.

Behind my friend, they began whispering among themselves in the long line.“It’s for the Archbishop.”

In moments, breaking the speed of sound, a woman with a hair net and bobby pins presented my friend with two bags, each containing a dozen prune paczkis.

Reaching for his wallet, he pulled out currency for which to pay. His outstretched hand had more than enough to settle for two dozen prune paczkis, only to hear this from the octogenarian woman across from him:

It’s for the Archbishop.”

After she refused payment from my friend, he hurriedly walked out to his car that was double-parked illegally, and drove home.

To this day, I never stand next to him during an electrical storm. 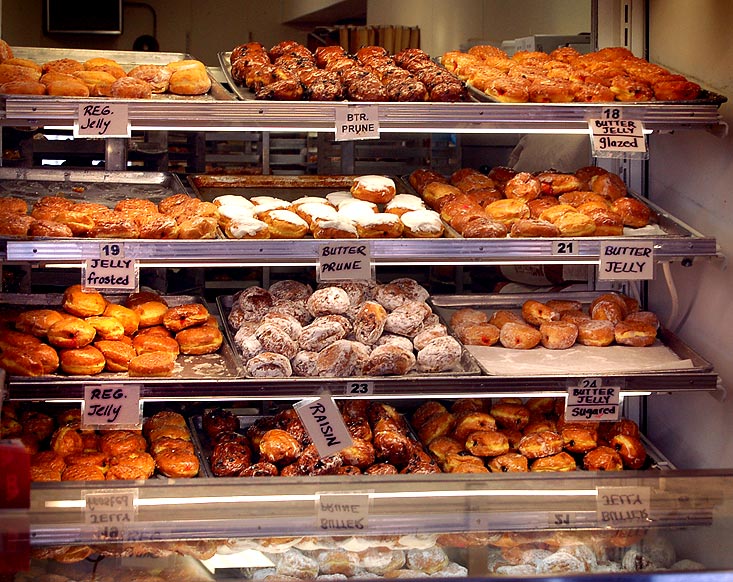 8 thoughts on “My friend’s successful, albeit dubious paczki mission”