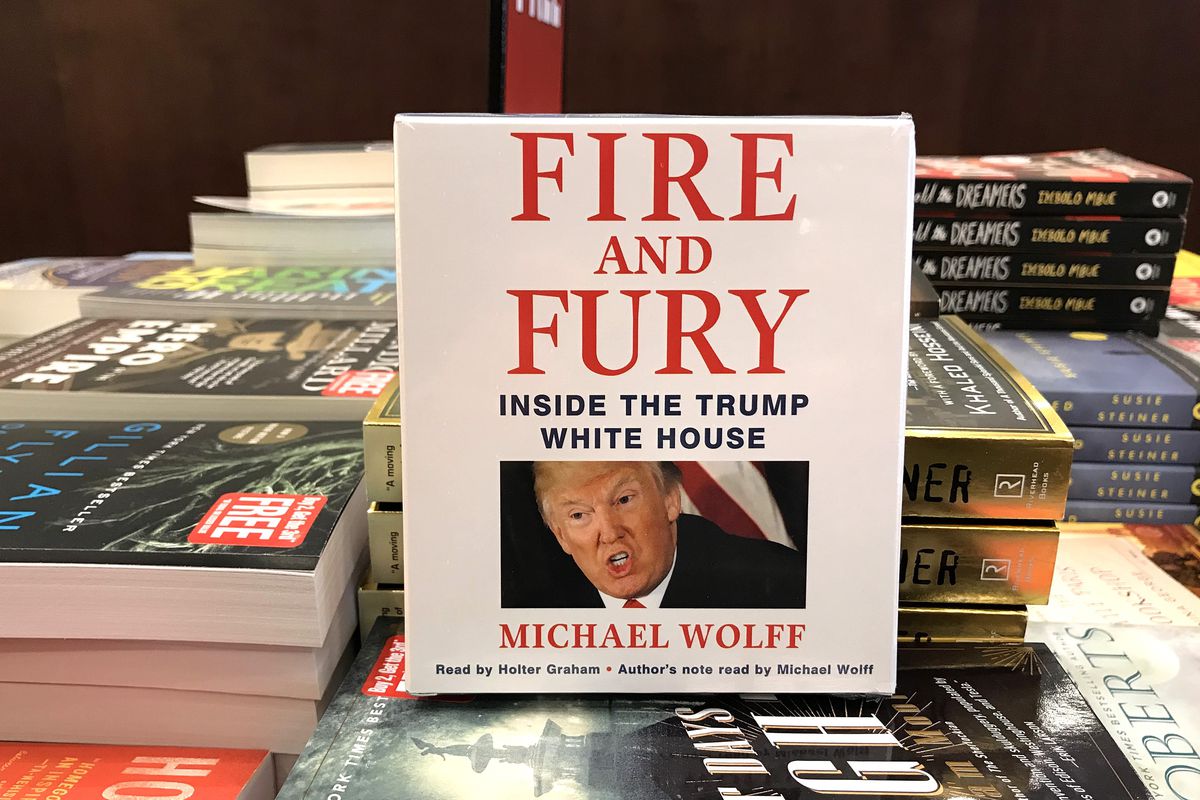 It’s the talk of the liberal media since the book came out.

“There is no way for me to know for sure, but all indications lead me to believe that Donald Trump struggles to fit into the frame of what we call normal behavior, and he often fails at it in spectacular ways.

“This is the problem we face: We have a person occupying the presidency who is impetuous, fragile, hostile, irrational, intentionally uninformed, information-averse and semiliterate.”
Charles Blow, NY Times

“Trump’s aides knew he was stupid. Trump’s aides also knew, well before he was elected, that he was insecure, petulant, and sleazy.”
William Saletan, Slate

“Indeed, at no other time in US history has a group of mental health professionals been so collectively concerned about a sitting president’s dangerousness. This is not because he is an unusual person – many of his symptoms are very common – but it is highly unusual to find a person with such signs of danger in the office of presidency.”
The Guardian

“Wolff’s reporting establishes that Trump’s decline is very much interfering with his daily functioning — and thus, that his cognitive impairment is likely progressing toward dementia.”
New Yorker Magazine

When it comes to defeating Donald Trump, his rivals have so far been stymied at every turn.

So enter (another) phase in the anti-Trump movement’s efforts to remove, delegitimize, or at least weaken the duly elected president of the United States: They’re making the case that he’s crazy.

But let’s take a reality check for a moment. Only a professional psychiatrist who has actually examined a patient can medically deem whether he or she is mentally fit for any job or office.

One thought on “Today’s highly interesting read (01/08/18) : Crazy? Trump should only be judged by his policies”