The 25-square mile area of San Francisco near the above intersection gave birth to the hippie movement, attracting young people by the tens of thousands. They came to party, hang out, and make significant lifestyle changes.

“This was an episode in the great unfolding of the ’60s which was a time when a remarkable number of people thought that they could actually live life differently,” said sociologist and author Todd Gitlin. “So in that setting, while the Summer of Love was odd, it wasn’t that odd. Because the whole period was odd — the whole period was full of thousands of people doing remarkable things, especially young people.”

The Diggers was a group of actors, artists and anarchists who saw Haight Ashbury as a great opportunity to turn society upside down.

“It felt like being at the crest of a wave,” said Digger Judy Goldhaft. “My friends have said, ‘You’d wake up in the morning and you’d never know who was on your living room floor sleeping.’ They were packed. And we felt that we could do many things, many impossible things, we were capable of doing them.”

“Every wing nut, everybody who was interested in gettin’ in on some of the drugs and free love and all that kinda stuff — they all ended up in San Francisco,” said Grateful Dead guitarist Bob Weir.

“We felt we had a different ethos, different mores, a different way of looking at things,” said rock star David Crosby. “We felt like we were a new generation that didn’t think war was good and really, really did not want it. We were trying to lead a better life and do better by each other.”

“The Summer of Love makes me laugh. It’s preposterous,” Stills said. “If you’re on acid or smoke a lot of pot, everything seems more important. I think that’s what we saw happen.”

“The Summer of Love was just a bunch of spotty kids on drugs,” said Beatle George Harrison.

As the summer raged on reality began to sharply deteriorate any perception of a revolutionary utopia.

San Francisco’s services couldn’t keep up. Teenagers filled the streets. They had no money, no food, no idea of what to do next. 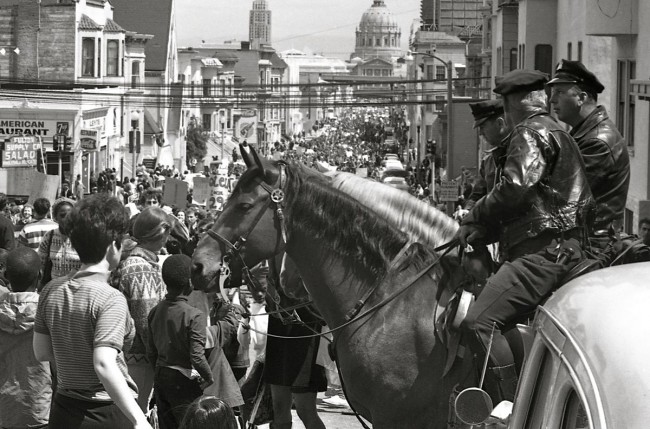 Crime was rising. Police and hippies were now getting into confrontations. As summer was gasping its final days, most who flocked to the West Coast left, to return to school or home.

“By the fall of 1967, Haight-Ashbury was nearly abandoned, trashed, and laden with drugs and homeless people,” wrote blogger Jon Newman. “With the Haight in ruins and most of its residents gone, it was simply unable to operate as a hub for music, poetry and art.”

The Human Be-In held in San Francisco’s Golden Gate Park Polo Fields on January 14, 1967 was a prelude to the movement. That’s where LSD-promoting psychologist Timothy Leary told the huge crowd to “Turn on, tune in, drop out.”

The Summer of Love concluded in October with a “Death of Hippie” march and mock funeral. 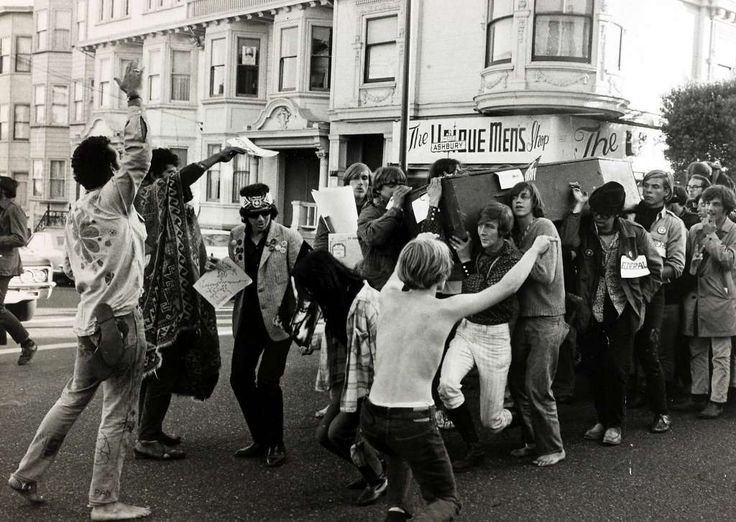 50 years ago this month a song that should have been ideal for The Summer of Love (if possibly it had been released earlier) had crept onto Billboard’s Hot 100.

Appropriate music and lyrics that seemed a perfect fit.

The recording never caught on, struggling to eventually top out at #62.

Two years later, as the decade of the 60’s was a few months from ending, the single was re-released with far greater success, peaking at #5.

2 thoughts on “Friday Night Forgotten Oldie: The Summer of Love – The End”