Next Wednesday, August 16, marks the 40th anniversary of the death of Elvis Presley. Elvis passed away 10 years after the Summer of Love.

Was he involved in that momentous summer?

Well, yes, but mostly no. That’s Elvis pictured with Nancy Sinatra (far right) and some fans during filming of the movie “Speedway” in the summer of 1967. The movie would not be released until the following year.

Elvis’ career in 1967 hit more than a few speed bumps. The British Invasion and psychedelia had squarely put the King in the rear-view mirrors of music fans. Elvis was still making movies and records (and money), but nothing of significance. 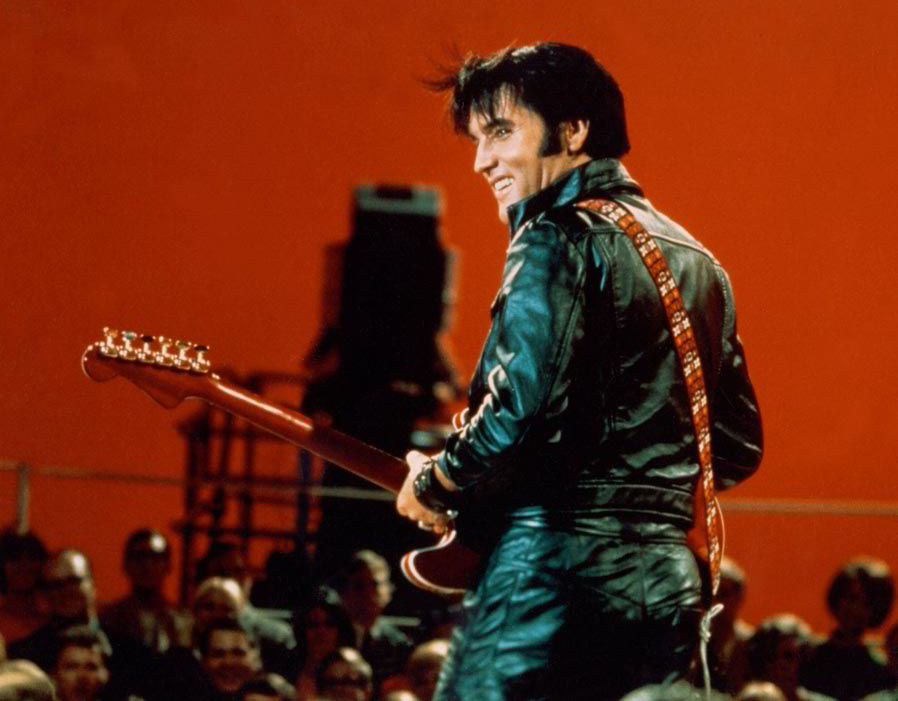 Elvis in his famous leather outfit performing the “Comeback Special” of 1968.

For some reason while the Summer of Love was in true force, Elvis’ manager, Colonel Tom Parker and/or RCA Records decided to release a single from a 1961 album that had never issued any 45’s. 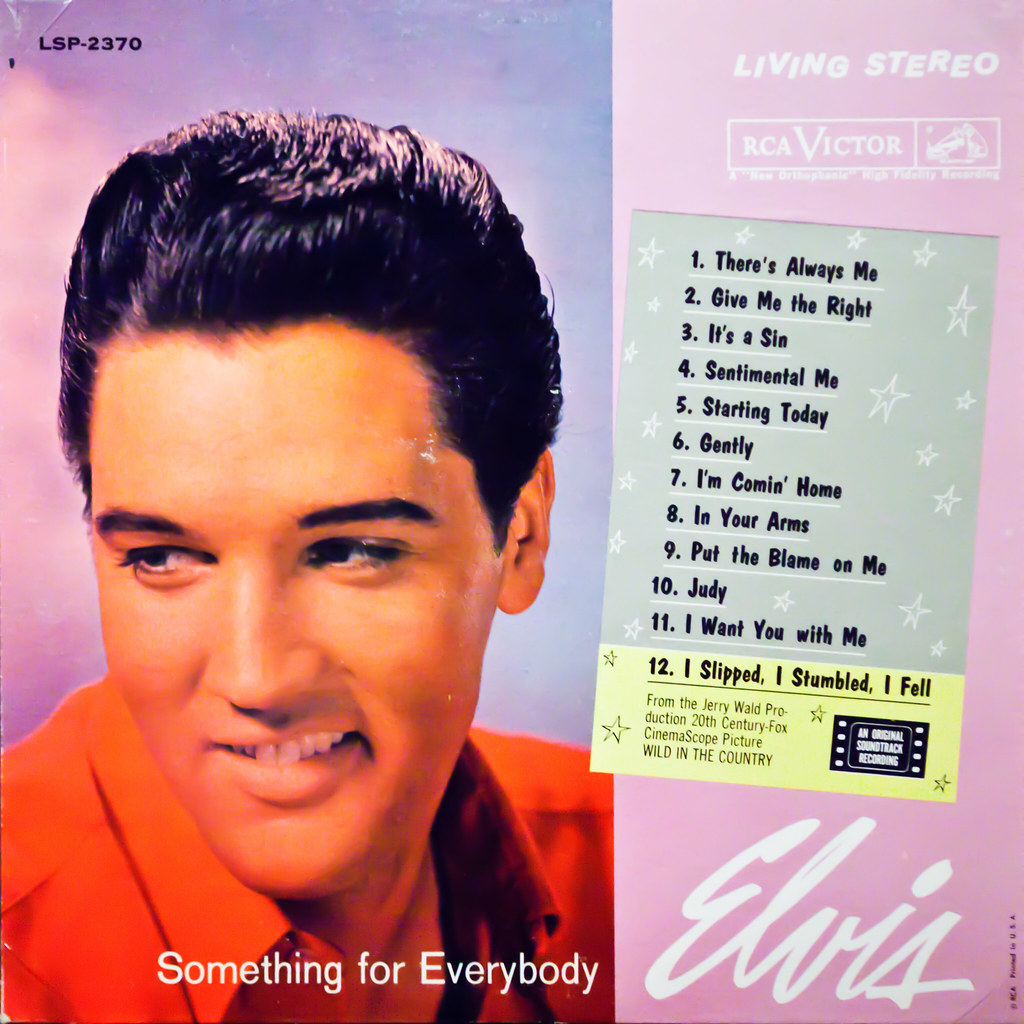 With no help from a single that could have gotten tons of radio play, “Something for Everybody” still within a month during the summer of 1961 went gold and hit #1 on the album chart.

Despite its age, the six-year old song sung by Elvis, just out of the Army with the Jordanaires providing background, clearly demonstrated Elvis’ wonderful voice and his superb ability to deliver a ballad.

Lovely, touching song performed ever so nicely, “There’s Always Me” just seemed out of touch with what was going on that summer. Maybe “There’s Always Me” wasn’t so insignificant after all.

Two years ago, Legacy Recordings, the catalog division of Sony Music Entertainment, announced the worldwide release of “If I Can Dream: Elvis Presley With The Royal Philharmonic Orchestra” that featured classic Elvis vocal performances with brand-new orchestral accompaniment.

“This would be a dream come true for Elvis,” Priscilla Presley said of the project.

“He would have loved to play with such a prestigious symphony orchestra. The music…the force that you feel with his voice and the orchestra is exactly what he would have done,” said Priscilla Presley.

5 thoughts on “Friday Night Forgotten Oldie: The Summer of Love – Was Elvis a part?”