The Panini. An Italian dish of meat and cheese in between two slices of bread, usually made with ciabata or rosetta,  toasted or non-toasted.  Pressed Panini has become so popular that the Panini press used to prepare the sandwich has become a household name.

You can get your Panini with ham, mortadella or salami, and cheese. Your veggies and herbs could be tomato, basil and red peppers.

The Panini preparation is easy.

Zarletti has eight(8) Panini on their menu. Above is one of them.

In fact there’s all kinds of places around here to get your hands on one.

Now take a look at this, another Italian sandwich… 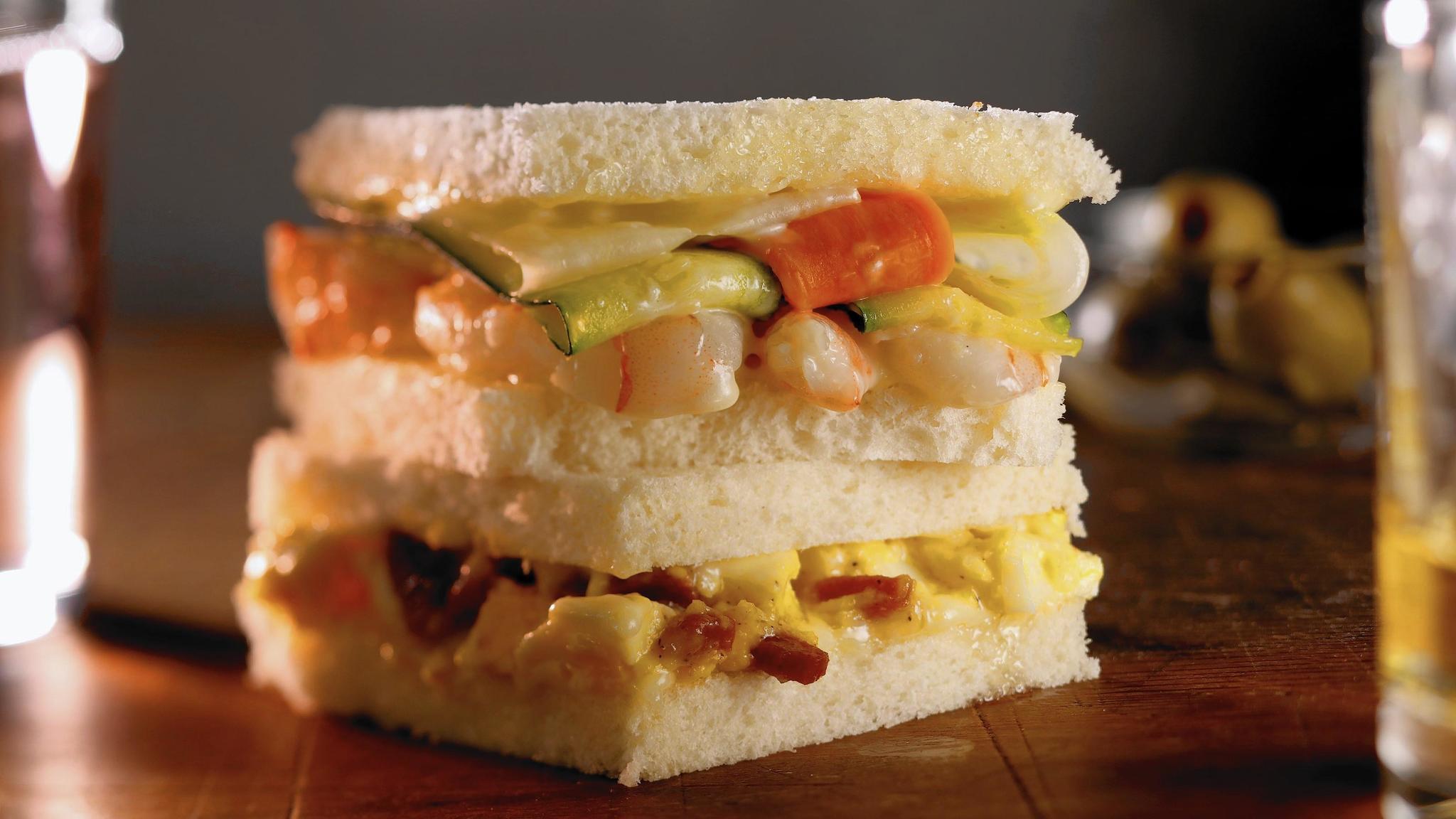 The ends of the bread have been sliced off.

Any idea what they’re called?

Tramezzini are a triangular sandwich made of chewy white bread and stuffed with
egg salad, prosciutto cotto, sliced artichokes, tuna, capers, tomatoes, you name it.

Unlike a Panini the tramezzini isn’t squished. It’s not toasted. The bread is not rustic. It’s cold. It’s not oozing with cheese.

Like the Panini (that caught on like wildfire) the tramezzini is very popular in Italy where it can be seen and purchased just about anywhere.

However here in the states the tramezzini is like the needle in a haystack.

You know how this works. This Italian innovation needs to debut on one or both of the coasts first, then slowly make its way to our humble Midwest.

So don’t expect this delicious sandwich in these parts anytime soon.