No, there’s nothing inaccurate about that headline.

Strange and hard to believe? Yes.

Especially when you consider the scholars I’ll discuss, I’m sure, have never heard of Kayla’s Playground or my neighbors.

That wouldn’t matter to the two Canadians. What the playground and my neighbors have done (and thousands of others) has pushed the scholars to start a worldwide campaign.

This past weekend our family paid a visit to one of our favorite Franklin destinations: Kayla’s Playground.

While Kyla was running around with a newly-found friend I moseyed on over to this spot:

Kayla’s Playground features a Little Free Library. My neighbors who live three doors away also have one up near the curb on their front lawn.

Those neighbors of mine are part of a booming movement. Little Free Libraries can be found in every state and in more than 70 other countries totaling 50,000. More are going up daily.

If you’re unaware of how the concept works, in a nutshell, Take a Book, Return a Book. From their website:

Little Free Library is a nonprofit organization that inspires a love of reading, builds community, and sparks creativity by fostering neighborhood book exchanges around the world.

Through Little Free Libraries, millions of books are exchanged each year, profoundly increasing access to books for readers of all ages and backgrounds.

One of the most successful ways to improve the reading achievement of children is to increase their access to books, especially at home (McGill-Franzen & Allington, 2009). But according to the U.S. Department of Education, up to 61% of low-income families do not have any books for their kids at home.

Little Free Libraries play an essential role by providing 24/7 access to books (and encouraging a love of reading!) in areas where books are scarce.

Sounds rather commendable. Who could possibly be upset and disagree?

Jane Schmidt, librarian at Ryerson University in Toronto, and Jordan Hale, an original cataloguer and reference specialist for the University of Toronto.“There was something that kind of irked me about the title,” said Schmidt. “As a librarian, my gut reaction to that was, ‘You know what else is a free library? A regular library.’”Schmidt and Hale wrote a recent article describing research they did about those tiny libraries and why they want to put an end to them. Their opposition was also the subject of a lengthy piece on CityLab earlier this month.According to Schmidt and Hale’s research that centered on Canadian cities Toronto and Calgary,  they  only noticed Little Free Libraries in Toronto’s wealthier neighborhoods.They concluded Little Free Libraries are found where public library branches are plentiful and where neighborhoods are white.While they concede their case study only took into account two cities they contend their findings confirm their suspicions about the organization:We submit that these data reinforce the notion that [Little Free Libraries] are examples of performative community enhancement, driven more so by the desire to showcase one’s passion for books and education than a genuine desire to help the community in a meaningful way.

Schmidt and Hale claim you’ll discover the libraries in abundance in hyper-educated, affluent, crunchy blue enclaves across the country where residents tend to wear their progressivism on their sleeves.

Apparently my neighbors are a rare exception. 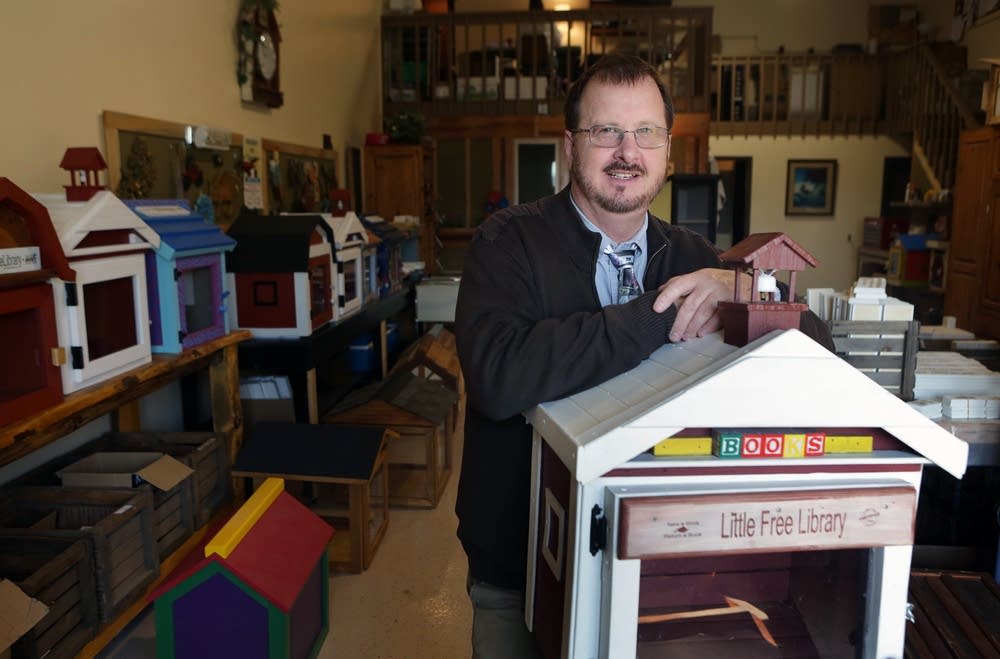 In 2009, Bol of Hudson, Wisconsin, built a model of a one room schoolhouse. It was a tribute to his mother; she was a teacher who loved to read. He filled it with books and put it on a post in his front yard. His neighbors and friends loved it, so he built several more and gave them away.

Bol is the co-founder and  executive director of Little Free Libraries.

“But then what happens in the community is they say, ‘Hey, you know what? Where they really need those libraries is down at the laundromat, or down at the trailer park, or in this high-needs neighborhood.’ And so the community starts spreading them.”

Back to the Canadian naysayer Schmidt:

“I acknowledge that we can seem like a couple of librarians touting sour grapes by crapping all over this movement that so many people love.”

On that she is soooo right.

Instead of crapping all over Little Free Libraries, why not work with Bol’s group to expand them into more areas and benefit more folks? We know Schmidt and Hale know how to do research. Put that expertise to an enriching campaign.

Big libraries will always be around and have nothing to worry about. As City Lab writes:

Hope you’ll read that long CityLab piece. There’s some delicious irony. Turns out librarians actually love and have given awards to the libraries.

A final note about Kayla’s Playground. Their Little Free Library looked nothing like the above picture when we visited over the weekend.

There were but four items inside: two children’s books and two magazines the kind you’d find in the doctor’s office. Warmer weather will bring bigger crowds. On your next stop why not take a book or two or more and help replenish our performative community enhancement.Save

3 thoughts on “Canadian scholars wouldn’t be happy with Kayla’s Playground, or my neighbors”