I usually have some sort of conflict. But mainly I don’t go because I’d much rather spend valuable time with my lovely wife and beautiful daughter.

That’s far more important to me than:

Curmudgeon LeRoy Lewandowski using the citizens comment period to declare such and such in Franklin “a disaster.”

All the dysfunctional behavior.

The all-too-frequent disrespect shown towards the mayor.

My alderwoman’s mega questions that have folks rolling their eyes.

No thanks. I can live without that stuff.

I prefer, instead to listen to the recordings of the meetings on the city’s website. If I consider something blogworthy I post and then wait to be accused of publishing misinformation when I print actual direct quotes and votes made at the meeting.

I suppose I can always read about the Council meetings and get the complete story on mysouthnow.com (Insert huge laugh here).

It’s understood a good civics lesson would be to encourage greater citizen involvement in their local government by getting more fannies in the seats at their city, town, or village halls. Franklin Common Council meetings rarely pack ’em in, unless someone’s ox is being gored or there’s a NIMBY convention in town.

I’m pretty sure there’s not a concerted effort on the part of the city of Franklin to increase citizen turnout, but suppose there was. Would the following  get people excited? 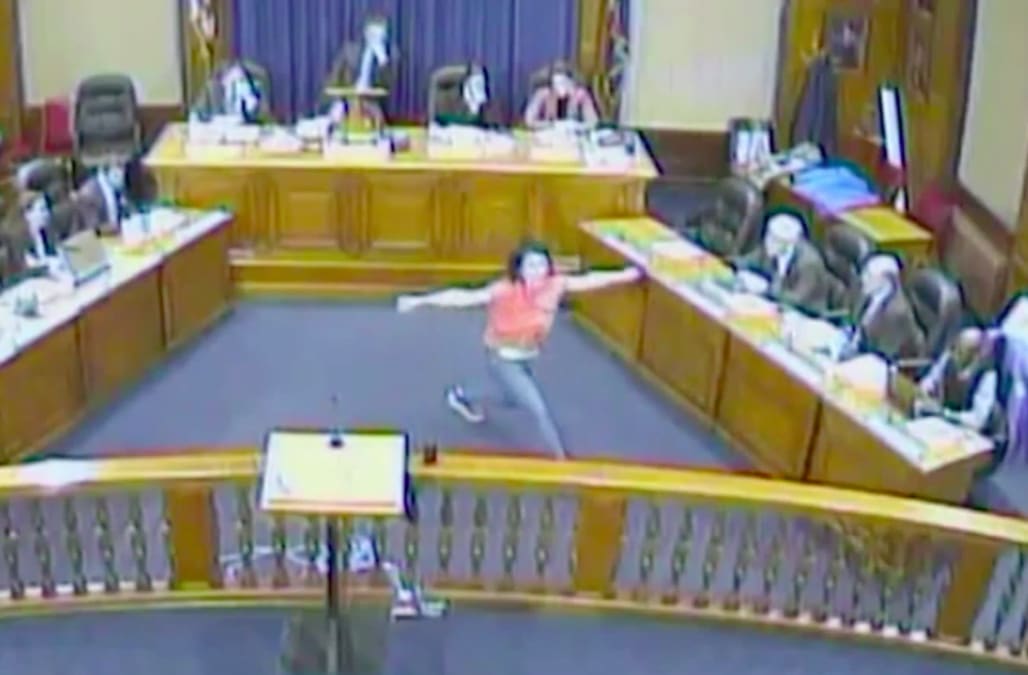 That’s a picture from the March 6th meeting of the Portland, Maine Common Council. You can see a woman in the chambers. She’s not protesting. She’s not disrupting. She’s included on the agenda. The woman is Sara  Juli. She’s an interpretive dancer.

Juli was an invited guest of the Portland, Maine mayor and common council. The idea wasn’t to draw a crowd but to showcase local artists.

Juli climbs on a man and pretends to vomit during her dance performance at a Portland City Council meeting in Maine on March 6, 2017. Screenshot: WGME-TV

No offense to the interpretive dance trade but that’s not what I want at my Common Council meetings.

And actually do something to grow Franklin.