Over the ground lies a mantle of white
A heaven of diamonds shine down through the night
Two hearts are thrillin’
In spite of the chill in the weather
Love knows no season, love knows no clime
Romance can blossom any old time
Here in the open
We’re walkin’ and hopin’ together
Together, together, together
Winter Wonderland, Johnny Mathis

This week, more Christmas music as the big holiday approaches.

Recently the nominations for next year’s Grammy Awards were announced and some Christmas selections made the list. We’ll feature some in this week’s segment.

In the category “Best Arrangement, Instrumental or A Cappella” this track is nominated from “Then & Now: Classic Sounds & Variations Of 12 Jazz Legends” by the The Phil Norman Tentet.

Count Basie died in 1984. But his music is still alive.

The Count Basie Orchestra celebrated its 80th year in 2015 by releasing a Christmas album directed by Basie’s longtime trumpeter Scotty Barnhart. he talked about the Count Basie sound on NPR:

“When I first heard the orchestra, I was around 9 or 10 years old. And the first thing that I thought was, wow, that’s same thing I hear in church every Sunday because to me, it was just an extension of one of our gospel choirs at Ebenezer Baptist Church in Atlanta. You know, Dr. King, Sr., had four choirs there and one of them used the Hammond B3 organ. And the organist would use his feet to walk the baselines on, you know, the pedals. So when I heard Basie and I heard the baseline move in the same type of way, I said, oh, that’s what they’re doing. So it was just a more sophisticated version of the gospel choir. But the touch of Basie, really I would probably have to – if I had to put my finger on it, it would have to be dynamics and tempo because this orchestra has a way of playing dynamics, again, unlike any other orchestra. We can play softer than any orchestra and we can play louder than any other orchestra. But it’s the way that we do the both of them together is what really gives our particular type of a sound.”

Again, a nominated track in the category “Best Arrangement, Instrumental or A Cappella.”

Next, a past Grammy winner.

Gordon Goodwin’s Big Phat Band boasts as many as 18 talented musicians. They’re considered one of the best large jazz ensembles around with a big band approach to many styles including swing, Latin, blues, classical, and rock.

This nominated track is from the “Best Arrangement, Instruments and Vocals” category.

Now we return to the “Best Arrangement, Instrumental or A Cappella” category.

“We Three Kings” is the nominated track from “Big Band Holiday” by  the Jazz At Lincoln Center Orchestra With Wynton Marsalis.

Here’s another track I really enjoy from that album.

That’s it for this week. More great holiday music next Friday night.

Before we close, were we too jazz-oriented this week?

In 2013 Michael Buble’s “Christmas” was nominated for Best Traditional Pop Vocal Album. It featured Buble performing with this female group. 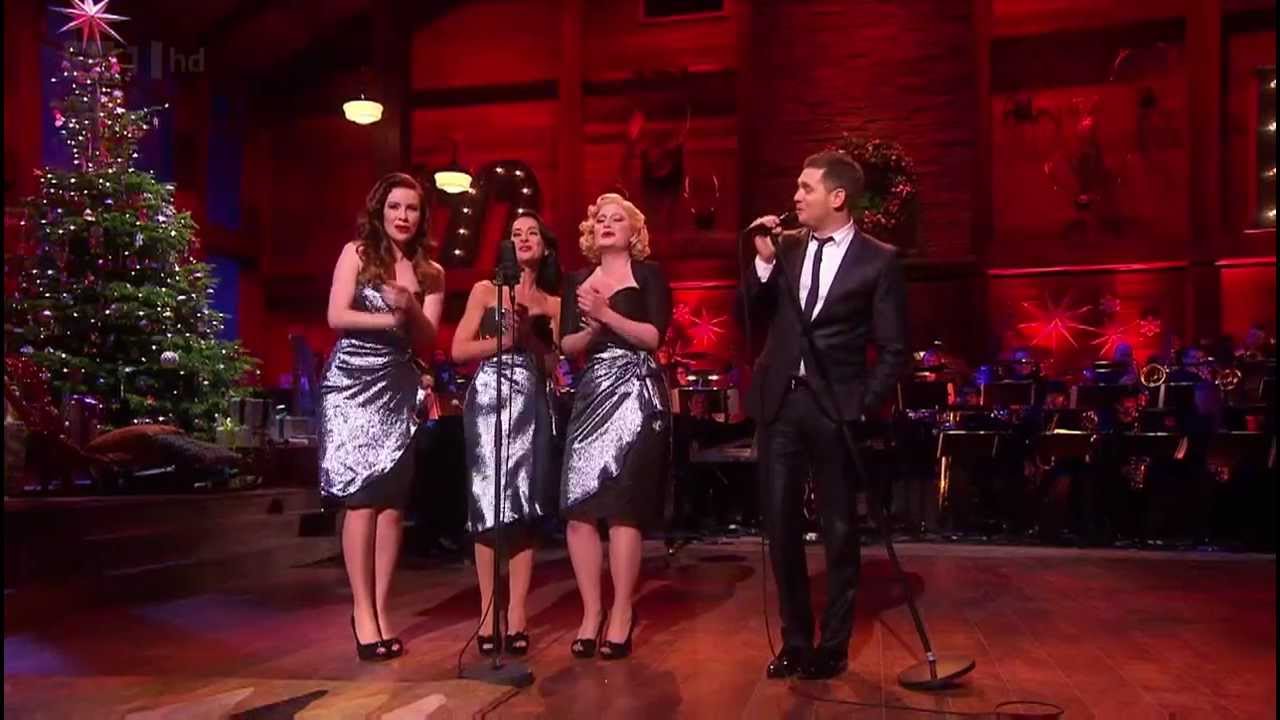 In case you missed our previous Goodnight Christmas Music blogs from this year:

Goodnight everyone, and have a new cool Yule weekend!!!

Goodnight everyone, and have yourself a well-orchestrated holiday weekend!

Goodnight everyone, and have a melodious weekend!

Goodnight everyone, and have the coolest Christmas weekend!