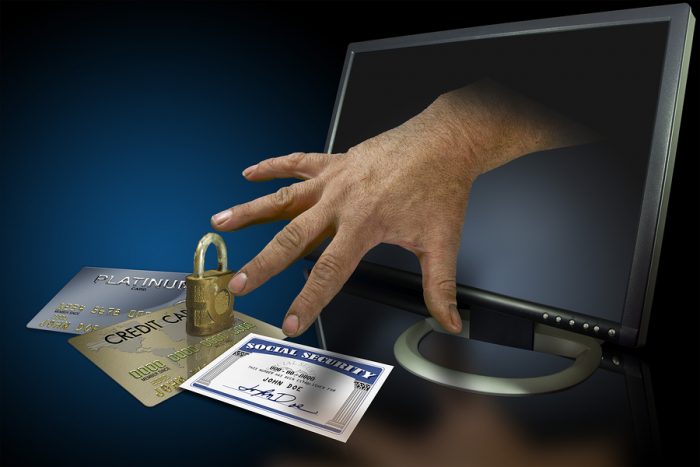 The state reports card skimmers were found on pumps at about 15 gas stations in Wisconsin since the beginning of August. The devices allow identity thieves to capture financial data from customers’ credit cards.

One of the stations was 7 Eleven located at 7610 W. Rawson Avenue in Franklin.

Identity theft can be perpetrated in many ways. When I worked for state Senator Mary Lazich she and I both attended a summit on the crime at the Milwaukee County Sheriff’s Department Training Academy in Franklin. I helped her produce a three-part series that used to be on the Journal Sentinel Community Now websites.  Identity theft is very serious business. Here are excerpts from Senator Lazich’s series.

You are not safe

This crime is scarier than most imagine. The former police chief of Columbia, South Carolina, Dean Crisp called identity theft the “most under reported, least cared about” crime. Most police officers receiving a complaint about identity theft according to Crisp have a simple, nonchalant, lackadaisical response: “So.”

Even scarier are these discouraging words from Special Agent Wayne Ivey of the Florida Department of Law Enforcement.

“No one is immune. There is no silver bullet to stop identity theft.” As evidence, Ivey asks if anyone has been victimized. Several police officers raise their hands.

One out of 10 will be targets. Only one out of 700 identity thieves are actually apprehended, convicted, and go to jail. Law enforcement, unfortunately, are unable to keep up, are saddled with funding limits, and are admittedly focused on violent crime.

Despite the escalation and severity of identity theft, Ivey says law enforcement lacks a clear understanding of the crime and compassion for the victims. To police officers and prosecutors, identity theft just isn’t sexy.

Senior citizens are prey for identity thieves for many reasons according to Ivey. Susceptible seniors are intimidated by, and therefore refuse to use computers. Some are senile, too gullible, too trusting. They are affluent and have nest eggs, and because identity theft is a crime driven by greed, seniors are desirable targets. The thieves know all too well that when victimized, seniors are much less willing to pursue the case fearing involvement and possible retaliation. So their crimes go un-reported.

How the thieves operate

Are businesses shredding? Not exactly. They hire other businesses to do the work. However, the coveted information to be shredded is placed in huge bags left in break rooms allowing cleaning crews a feast.

Ivey says far too many unsuspecting, naïve individuals like to place mail for pickup in their mailboxes and pull out the red flag as an indication to the postal worker. Red flag is right. Ivey says it’s like screaming out to identity thieves, “Please steal my mail!”

Identity thieves burglarize. Computer hard drives are popular targets. So are women’s purses. The number one place for a woman to have her purse stolen is dropping her children off at school. The number two place is at the gym. Beaches and parks are also prime locations for predatory identity thieves.

Do you use the Felony Lane at your bank’s drive-thru? The felony lane is the lane furthest away from the bank window, a prime spot according to Ivey to cash stolen checks and make phony withdrawals, especially with the lane usually having the worst quality surveillance videos in the bank parking lot.

Guess what inmates are learning in prison as they await their release to commit more crimes? Memory techniques that can be used to shoulder surf. Common at ATMs and check out lines and becoming more frequent at Internet cafes, the identity thief is literally memorizing and stealing your personal information by peeking over your shoulder.

Thieves will stalk and hand pick their partners to steal information at departments of motor vehicles and restaurants. These are typically single moms that agree to a certain fee for each identity they can turn over. At an Orlando TGIF restaurant, 75-thousand credit cards were recovered by authorities. Two waitresses had been using credit card skimmers easily hidden in their uniforms to quickly zap and store names and numbers. Counterfeit equipment is available online with parts sold at Radio Shack.

Thieves have placed overlays on top of ATMs that appear to be authentic, and return days later to remove their wizardry that has captured a host of new victims.

The MOs used by identity thieves run the gamut, and as Ivey noted, there is no silver bullet to stop this evolving crime.

What to do if your identity has been stolen

The typical victim according to Ivey spends 400 hours straightening out a case, a period of 12.7 months transpires before an investigation even starts. By that time, all critical evidence could be gone.

If you are a victim:

4) Work with your creditors.

5) Report your case to the Federal Trade Commission.