TODAY: Cloudy in the morning. Sunny in the afternoon. High of 81. “A”

Here’s my lovely wife, Jennifer with this week’s main blog.

Kevin here. I interrupt this blog to bring you the following.

I am subbing (again) for my wife on the main blog this week because she not that long ago informed she was unable to post because,  hold the phone, she’d be hosting a  rummage sale this weekend and as a result…she’d need to prepare.

Happy to help out. No problem. As long as I don’t have to deal too much with all that front yard haggling.

You, of course, recognize SweePee Rambo, the recent winner (?) of the 2016 World’s Ugliest Dog Contest.

SweePee Rambo and predecessors of that, egad, award always remind me of another dog. Not nearly as ugly mind you, but still ugly.

Time to jump into the Wayback Machine. 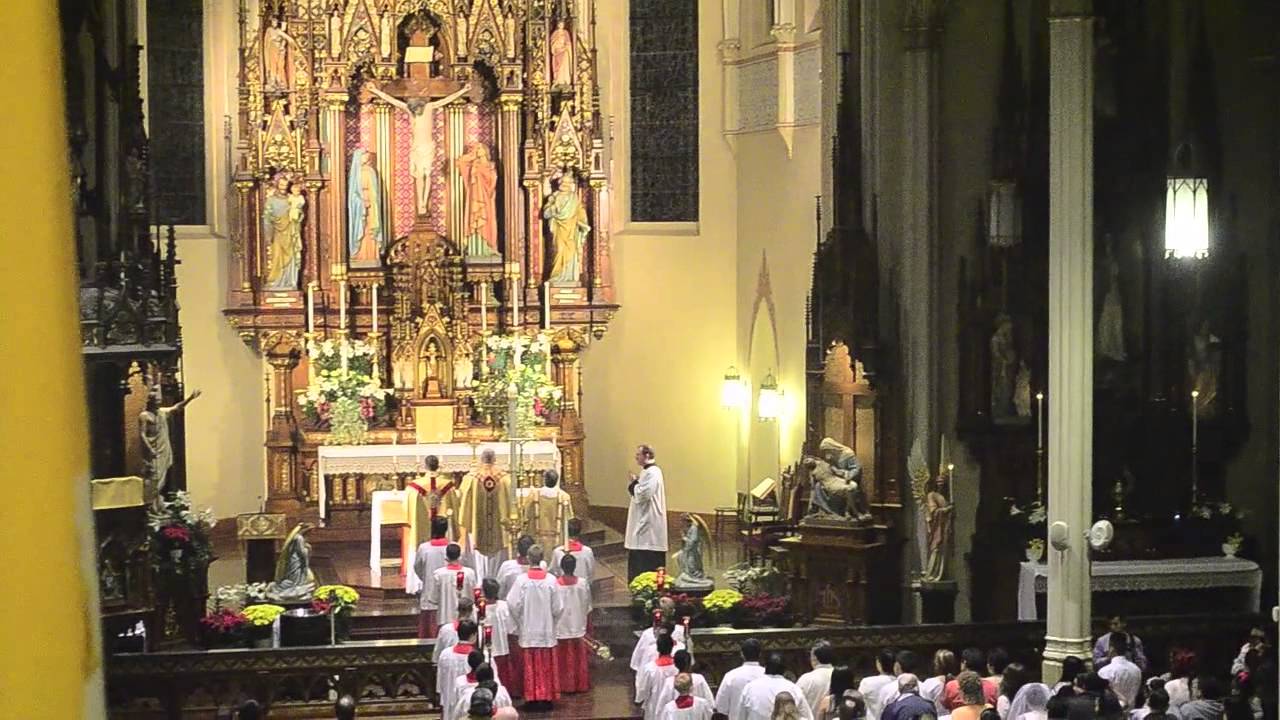 I’ve blogged many times in the past about my lifelong parish, St. Anthony’s on 9th and Mitchell on Milwaukee’s near south side. This church is one of the most beautiful I’ve ever set foot in.

In my grade school days at St. Anthony’s I was an altar boy there. A lector, too.

Then when I graduated from St. Anthony’s I continued to usher on Sunday mornings with my dad which I began in the 7th grade.  Sometimes I would do the readings and then walk down the aisle to the back of church to proudly take up the collection with my father.

A few years before my introduction into ushering immense tragedy struck St. Anthony’s. I remember vividly.

It was a Sunday night. About 9:30. Church services were long finished for the day.

We lived within walking distance of our beloved St. Anthony’s.So when church bells tolled from blocks away, even with doors and windows closed, we heard them.

My mother, God bless her, immediately noticed. Something, she said, was wrong.

Turning the bells on that night was a priest at St. Anthony’s to send a signal. Our legendary pastor, Monsignor Keyser had gone out from the rectory to the adjacent back of church that evening in full garb to light vigil candles. I see and walk by the exact same site every Sunday when I usher.

While lighting a candle, Monsignor Keyser’s vestment caught on fire. The very elderly man of the cloth was in serious trouble. He died soon after. His funeral had people waiting outside the church to try to gain entrance.

Monsignor Keyser’s death left a huge hole in the parish community. How could he possibly be replaced? The answer was clear, and it would later become obvious. Think Phil Bengston stepping in for Vince Lombardi.

The Monsignor’s replacement, and I won’t name him, was a flawed individual. Bellicose and slightly arrogant. Lacking ability to be likable. Tact was not a talent.

As a grade school student and acolyte at the time I saw first-hand how his people skills were oh so brutal. At funeral masses his eulogies provided no comfort to grieving families and friends.

The man cared deeply about money causing uneasiness to folks in the pews.  Mind you this is roughly 1969. I recall a sermon where he was upset with the tally of the weekly collections, and told us about what he referred to as a “small, poor parish” he was in charge of where people gave on average $10/week. That didn’t go over too well, further cementing parishioners’ dislike.

I’m getting there. The build-up is important.

Our new pastor had a dog. A black lab named “Puppy.” He was anything but.

Puppy was fat. And ugly. Fat and ugly.

Puppy’s owner would use his typical speech pattern to call out to Puppy. The very final syllable would get an extended drawn out emphasis for effect.

A nice dog, for sure but unseemly.  I had never seen a dog like it before in my granted young life.

Since I was an altar boy I had easy access to the rectory. Keep in mind the pastor always pushed for bigger donations. Not surprisingly he drove a brand new car every year.

On one occasion inside the rectory the pastor willingly and proudly showed me Puppy’s bowl I wasn’t that  young to be stunned at what I saw.

One compartment of the dog bowl contained beef.  We’re talking steak. In the other compartment was, and I kid you not, lobster. The pastor smiled at me and chuckled as I watched him place the bowl in front of Puppy. The lab immediately dove in.

I also have to mention that the priest at St. Anthony’s who came upon Monsignor Keyser in flames and  unsuccessfully attempted to save him was not allowed to leave his room in the rectory for dinner until the pastor and Pup-EEEEEEEEE had finished their meals.

Dad and I were ushering one Sunday , standing in the back of church when suddenly from the  rectory out leapt Pup-EEEEEEEEEE.  We thought we were positioned to put the clamps on Pup – EEEEEE but we couldn’t. As fat as the dog was (his stomach actually dragged  across the floor) he was too fast, vaulting right past us  down the center aisle.

The pastor emerged from the rectory to retrieve his pet, appearing to have no sense of urgency.My dad and I were still trying to decide what to do since a dog on the loose during Mass wasn’t mentioned anywhere in our usher handbook.

The priest celebrating I believe was in the middle of his homily, making the interrupting even more glaring and embarrassing. Seemingly oblivious to the proceedings the pastor with suspenders and pronounced belly that rivaled his pet’s stood inside the church doors and yelled:

Mass had stopped because a circus broke out.

Jaws were on the floor, right there with Puppy’s abdomen. The pastor exhibited no shame.

That was nearly 50 years ago. I haven’t met an uglier dog since.

Oh, Puppy was as smart as he was obese. Took a minute or two, maybe three to get him out of the church service.

I’ve ushered nearly 50 years at St. Anthony’s with an incredible number of stories to convey. This one is undoubtedly in the Top Five.

Is there an ugly dog lurking in the back of your memory?

Time now for DOGS IN THE NEWS, canines that made headlines the past week

Wow! Check out this opener. Study: Dog vs cat owners. Would you kill or die to protect your pet?

Some patrons are faking their pet’s status as a service dog to bring it into bars and restaurants.

A study finds some breeds found to have declining sperm quality that could lead to fertility problems in the future.

Can You Read Your Dog’s Facial Expressions?

How This Dog-Lover Turned Her Dream Into a Six-Figure Salary.

It’s OK…take your dog to dinner.

Work is more fun when Fido can come too.

The most pet-friendly cities.

HERE’S OUR DOG PHOTO (s) OF THE WEEK:

Also, Canines in the Clouds.

Thanks for stopping by..

See ya, BARK, next week!