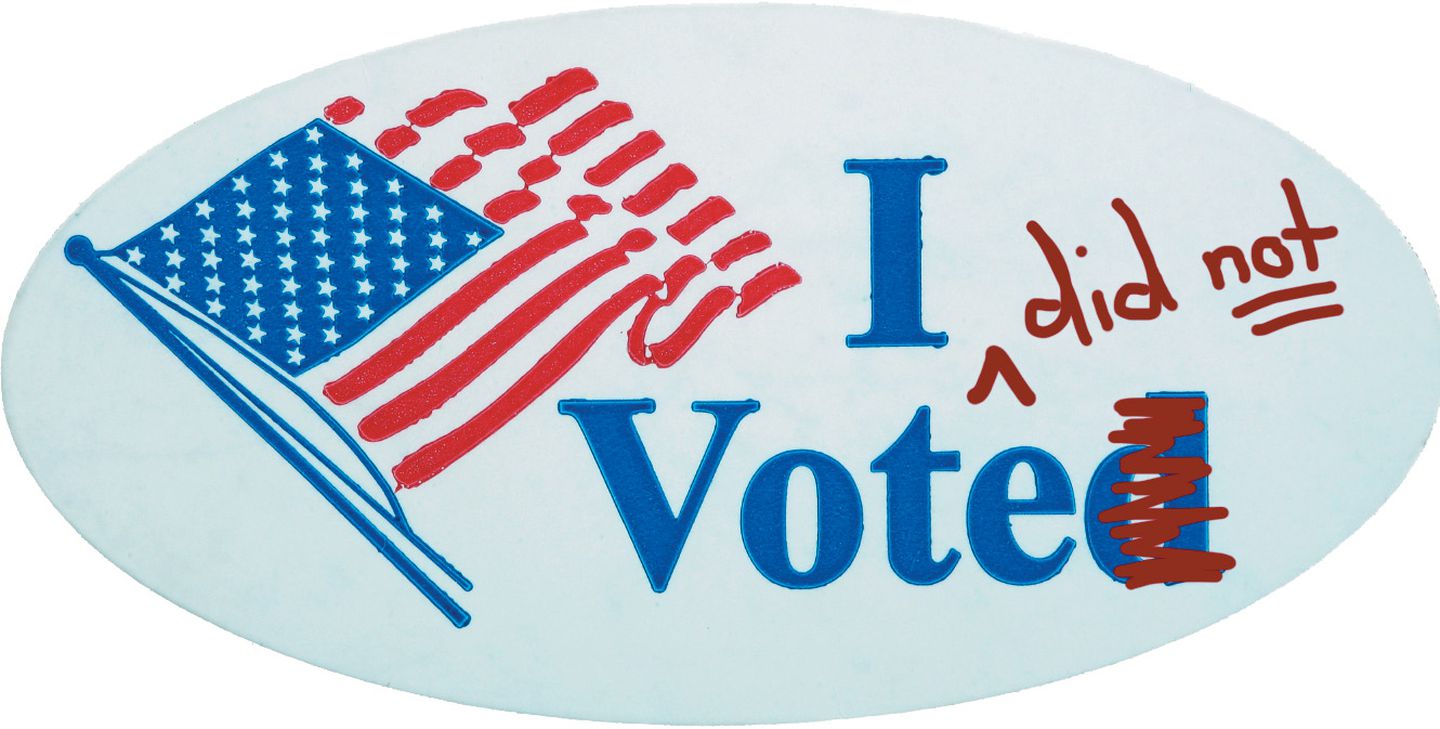 On Tuesday turnout in Franklin for the primary election was 25%. The predicted turnout was about 16% but as the chief inspector at my polling place told me Franklin always does better than expected.

Even so most newspaper editorial writers around the state would probably lament Franklin’s 25% turnout as dismal and a troubling social ill.

Even before a vote was cast the Beloit Daily News was already expressing disgust.

“We in the news business become frustrated after working hard to keep issues of self-governance in front of people, large numbers of whom demonstrate lack of interest.”

Low voter turnout makes many people disappointed, even angry. As for me, I’m cool with it.

I wrote the following back in March of 2008:

I have blogged several times that I’m more than ok with a low voter turnout on Election Day.

Yes, I know that such a notion sends newspaper editorial writers into orbit.

Then again, I don’t really care what editorial writers think. They’re notoriously wrong, most of the time.

If you haven’t read a single newspaper article about a certain election, you should stay home.

If you don’t know who the candidates are, you should stay home.

If you don’t know where the candidates stand on the issues, you should stay home.

If you’re basing your vote on the 30-second ad you saw the night before the election, you should stay home.

If you’re voting for a candidate because your spouse is, you should stay home.

If you’re voting for an incumbent because the incumbent has experience, you should stay home.

If you’re voting for the challenger because you feel it’s time for a change, you should stay home.

I have nothing against a high voter turnout if somehow we could get more voters to the polls who have studied the issues and the candidates.

If voter turnout is low because people could care less or are unsure of who to choose because they just don’t know enough, I’m not going to lose any sleep.

Enter into the discussion my friend and former colleague at the state capitol Christian Schneider.

Schneider blogs about an interesting article he found in the 1958 edition of the Wisconsin Blue Book.

Schneider puts it bluntly, and well, I might add when he writes:

Basically, the nonpartisan Legislative Reference Bureau had no problem essentially calling people dopes if they either made an ill-informed vote, or threw their vote away as a “protest.”

Schneider’s blog is worth a look, especially given the renewed controversy over photo ID.
—March 4, 2008

Lo and behold I am proud that conservative columnist John Hawkins, one of my favorites feels the same way.

“In all honesty, we’d be better off if less people voted. If the only people voting were well informed, highly motivated people who paid income taxes, I guarantee you we’d have a much better government and a much better country,” Hawkins writes.