For new readers you might be wondering, “What’s a Culinary no-no?”  Here’s the short answer.

We had a blog title!

Did you have jelly beans for Easter. I hope they were the good kind. I’ll begin the explanation with a Culinary yes-yes blog written a few years ago by Jennifer:

Since a young age, I’ve not been a fan of candy. By “candy” I mean non-chocolate confections. Chocolate is a food group in my estimation, elevated above every other sweet in many ways and for many reasons. If the Easter Bunny or St. Nick were foolish enough to leave anything in my basket or stocking respectively, I would politely put it in a large bowl far apart from the chocolate. Then I’d “casually” leave it out for when my friends came for play dates. They’d dive in to the Peeps, Life Savers, candy canes, etc. At Easter, a particular dislike of mine was jelly beans. I avoided the black ones like the Plague, and the rest got a chance to harden under the plastic grass until they were simply tossed out. (Eventually the Bunny caught on.)

Despite the fact that I would eat a tire if it were covered in enough chocolate, if the only sweets in the world were devoid of cocoa powder my dentist would be very happy indeed. I wouldn’t touch ‘em. So when Kyla wanted to see the Jelly Belly Warehouse in Pleasant Prairie this summer, I was happy to take her. While I was looking forward to a fun outing, I had no intention of coming home with any souvenirs other than the complimentary assortment bag given at the end of the tour.

We enjoyed our train ride through the warehouse, learning more Jelly Belly facts than we imagined possible. (While not a working factory, our Pleasant Prairie warehouse is the only one in the Midwest.) We saw printed reproductions of Jelly Belly art as our train moved through the aisles of ‘Bellys. Famous faces from all decades smiled down at us – James Dean, Marilyn Monroe, Queen Elizabeth and of course the man who made them incredibly famous, President Regan. But the one iconic face that made Kyla squeal with delight was, naturally, Elvis. Sadly we weren’t allowed to take photos during this part, but here’s an idea:

After the tour we were conveniently deposited into the gift shop. (Disney World isn’t the only place that does that I guess!) By the end of the tour, I was so impressed with the Jelly Belly history and complexity of their production that I was hooked. Initially I had planned on, at best, getting a bag of Kevin’s favorite buttered popcorn. But as soon as I walked in to the store, I couldn’t fill our shopping basket fast enough. I’m totally amazed that I spotted these first, but clearly they came home with us:

Yes, we got Kevin his buttered popcorn flavor. And Kyla got not only the Disney Frozen bag but some Hello Kitty and smoothie bags as well. Hmph! I wasn’t about to let the two of them have all the fun. I tossed in a bag for myself too… 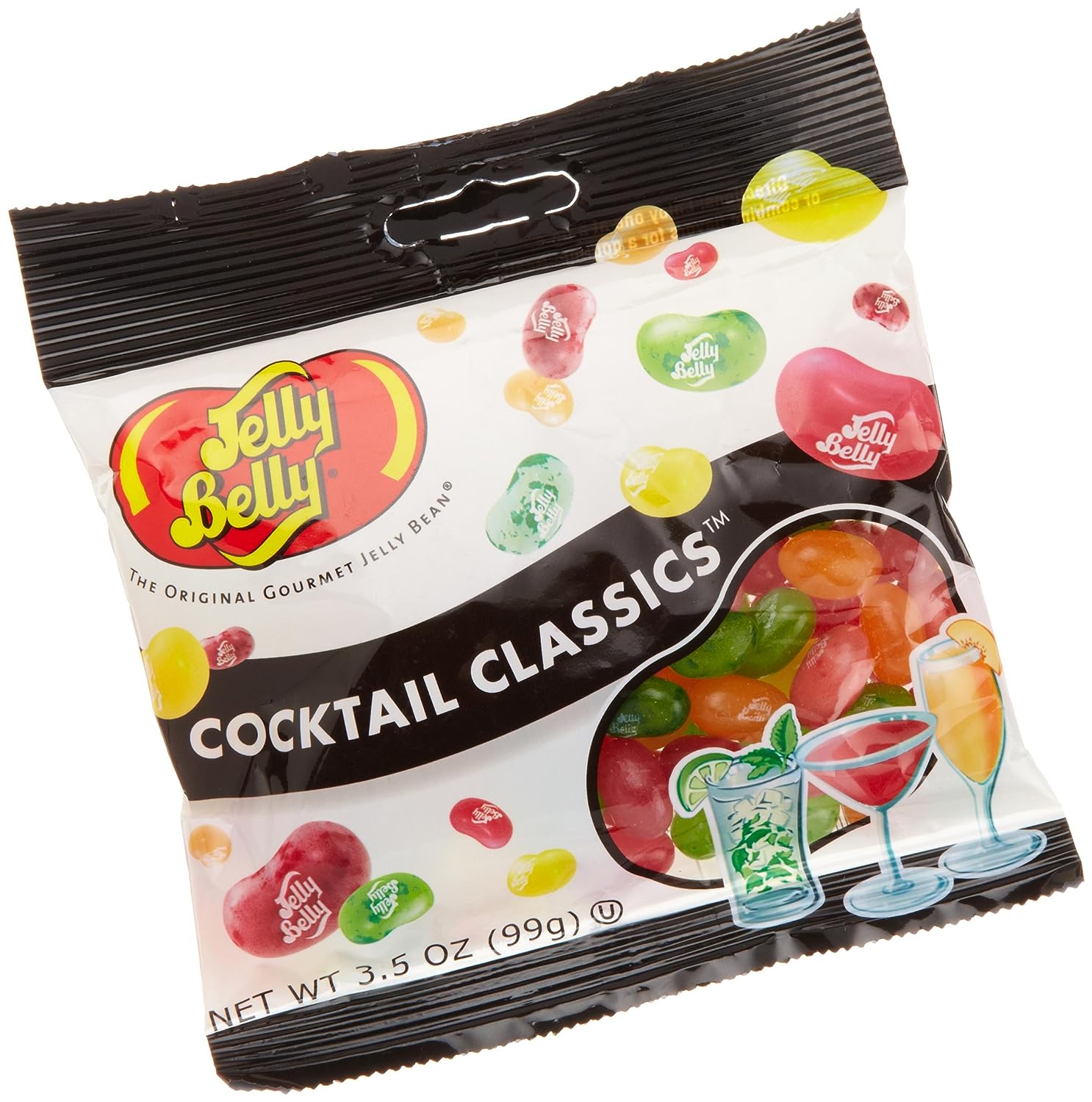 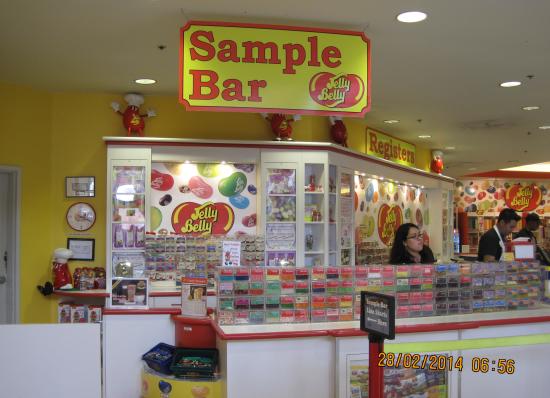 The sample bar was delightful but it was KYLA who decided to try one of the… wait for it… Jelly Belly Chocolate Dips. Wow! Despite my general love of chocolate and dislike of everything else I must admit, I tried a different flavor. Perhaps I didn’t want too much of a good thing. But our daughter gave it two thumbs up.

So, despite my intentions otherwise, I have become a Bean Convert.

Jelly Bellys  (or is it Bellies?) are the bomb. Delicious, yes-yes.  How could they possibly be a no-no?

Our daughter, Kyla, actually informed me about this.  Jelly Belly has introduced what it calls its wildest collection, daring you to purchase a combination of their tastiest, most popular flavors with their craziest ones.

These jelly beans are called BeanBoozled. I consider Kyla an expert and very much trust her judgment. Kyla took the BeanBoozled challenge and gave the wild and crazy flavors two thumbs down.

Let’s hear from some others and see how this works.

Call me a wuss. No BeanBoozled for me.

How in the hell do you eat these things?